From The Joneses to 3 Days to Kill, here are some of the best Amber Heard movies to watch. 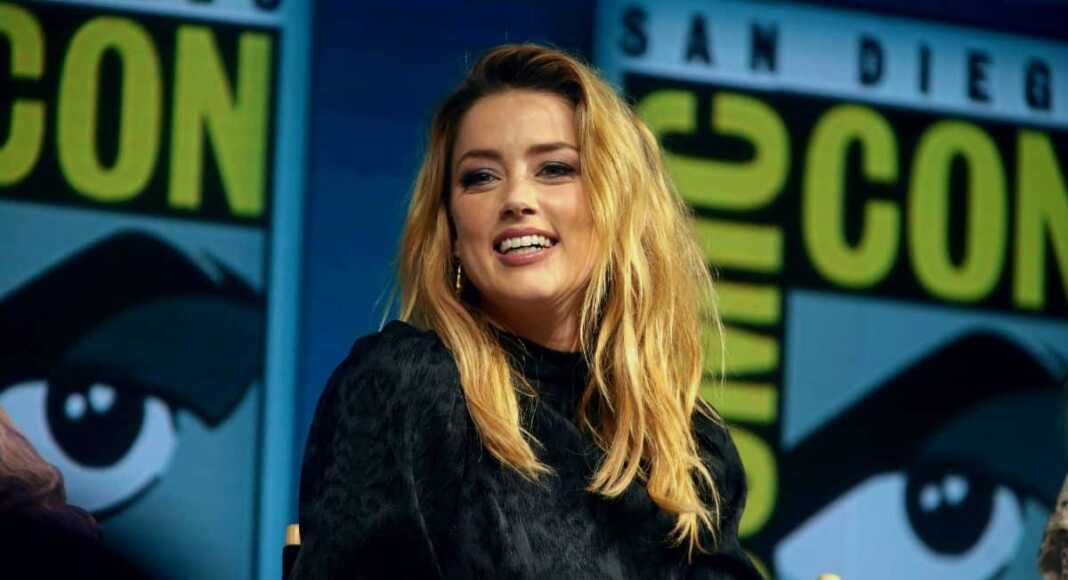 Best Amber Heard Movies: Amber Laura Heard is an American actress. She had her first leading role in the horror film All the Boys Love Mandy Lane (2006), and went on to star in films such as The Ward (2010) and Drive Angry (2011). Heard is part of the DC Extended Universe franchise, playing Mera in Justice League (2017), Aquaman (2018), and the forthcoming Aquaman and the Lost Kingdom (2023). She has also acted in television series such as Hidden Palms (2007) and The Stand (2020).

Zombieland is a 2009 American post-apocalyptic zombie comedy film directed by Ruben Fleischer in his theatrical debut and written by Rhett Reese and Paul Wernick. Columbus, a college student, joins forces with three eccentric strangers to survive a zombie apocalypse and travel through the south-western USA to a safe haven.

The Rum Diary is a 2011 American comedy-drama film written and directed by Bruce Robinson, based on the 1998 novel of the same name by Hunter S. Thompson. Paul Kemp, an American journalist takes up a job in a local newspaper in Puerto Rico and is attracted to Chenault, the fiancee of an unscrupulous entrepreneur. Soon, Kemp gets into deep trouble.

The Ward is a 2010 American supernatural psychological horror film directed by John Carpenter. Kristen, a beautiful but troubled young woman, is trapped in a mental hospital with malevolent unseen forces. As danger creeps closer, she uncovers a horrifying secret.

All the Boys Love Mandy Lane is a 2006 American slasher film directed by Jonathan Levine. The plot centers on a group of popular high schoolers who invite an attractive outsider, Mandy Lane, to spend the weekend at a secluded ranch house, where they are followed by a merciless killer.

Mandy Lane, an orphan, makes new friends and gets invited to a weekend party at a secluded ranch. However, as the night progresses, a string of murders come to light.

3 Days to Kill is a 2014 action thriller film directed by McG and written by Luc Besson and Adi Hasak. After being diagnosed with a terminal illness, spy Ethan Renner decides to give up his career. While looking after his teenage daughter, he must finish his final mission of catching a terrorist.

Never Back Down is a 2008 American martial arts film directed by Jeff Wadlow and starring Sean Faris, Cam Gigandet, Amber Heard and Djimon Hounsou. It tells the story of a frustrated and conflicted teenager who arrives at a new high school and discovers an underground fight club there.

After starting at a new school, Jake gets embroiled in a fight with a mixed martial artist. When he loses, he seeks the help of an instructor and goes on to compete in a tournament.

The Joneses is a 2009 American comedy-drama film written and directed by Derrick Borte, in his directorial debut. Kate, Steve and their kids move to an upper class neighbourhood and soon become the talk of the town for their trendy lifestyle. But the neighbours are unaware about the truth of this perfect family.

Pineapple Express is a 2008 American stoner action-comedy film directed by David Gordon Green, written by Seth Rogen and Evan Goldberg and starring Rogen and James Franco. The plot centers on a process server and his marijuana dealer as they are forced to flee from hitmen and a corrupt police officer after witnessing them commit a murder.

Dale, a pot-smoking process server, and his drug dealer, Saul, must run for their lives after Dale drops his stash at the spot where they witness a corrupt cop and a drug lord murder an Asian man.

North Country is a 2005 American drama film directed by Niki Caro. The screenplay by Michael Seitzman was inspired by the 2002 book Class Action: The Story of Lois Jenson and the Landmark Case That Changed Sexual Harassment Law by Clara Bingham and Laura Leedy Gansler, which chronicled the case of Jenson v. Eveleth Taconite Company.

Josey Aimes flees from her husband after suffering a long period of abuse and tries to support her two children, Sammy and Karen. She starts working at a mine but her father expresses disapproval.