Best TV Shows Of All Time That You Should Never Miss 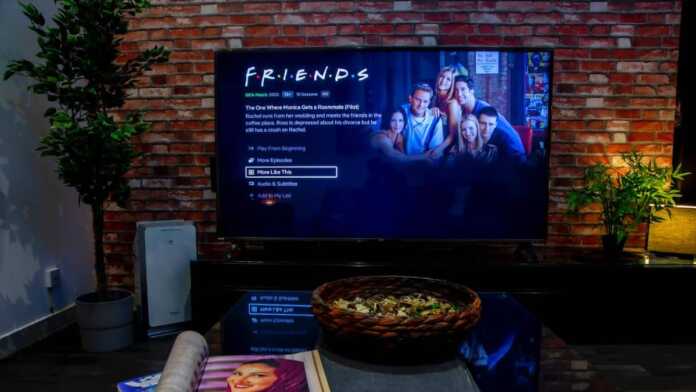 Are you looking for the best tv shows of all time to watch this weekend? The popularity of TV shows is increasing day by day, thanks to so many OTT platforms which come with a variety of high-quality shows every day. However, with so many tv shows, one might have difficulty picking the right one, so here we are with the list of the best TV shows of all time.

Best TV shows of All Time

White turns to a life of crime and partners with a former student, Jesse Pinkman (Aaron Paul), to produce and distribute crystal meth to secure his family’s financial future before he dies, while navigating the dangers of the criminal underworld.

Game of Thrones is an American fantasy drama television series created by David Benioff and D. B. Weiss for HBO. It is an adaptation of A Song of Ice and Fire, a series of fantasy novels by George R. R. Martin, the first of which is A Game of Thrones.

Set on the fictional continents of Westeros and Essos, Game of Thrones has a large ensemble cast and follows several story arcs throughout the course of the show. The first major arc concerns the Iron Throne of the Seven Kingdoms of Westeros through a web of political conflicts among the noble families either vying to claim the throne or fighting for independence from whoever sits on it.

A second focuses on the last descendant of the realm’s deposed ruling dynasty, who has been exiled to Essos and is plotting to return and reclaim the throne. The third follows the Night’s Watch, a military order defending the realm against threats from beyond Westeros’s northern border.

Friends is an American television sitcom created by David Crane and Marta Kauffman, which aired on NBC from September 22, 1994, to May 6, 2004, lasting ten seasons. The series was produced by Bright/Kauffman/Crane Productions, in association with Warner Bros. Television.

Follow the lives of six reckless adults living in Manhattan, as they indulge in adventures that make their lives both troublesome and happening.

Black Mirror is a British anthology television series created by Charlie Brooker. Individual episodes explore a diversity of genres, but most are set in near-future dystopias with science fiction technology—a type of speculative fiction.

The series is based on The Twilight Zone and uses technology to comment on contemporary social issues. Most episodes are written by Brooker, with heavy involvement by the executive producer Annabel Jones.

Dark is a German science fiction thriller television series co-created by Baran bo Odar and Jantje Friese. It ran for three seasons from 2017 to 2020. The story follows characters from the fictional village of Winden, Germany, as they pursue the truth in the aftermath of a child’s disappearance.

They follow connections between four estranged families to unravel a sinister time travel conspiracy which spans several generations. The series explores the existential implications of time and its effect on human nature.

The Boys is an American superhero television series developed by Eric Kripke for Amazon Prime Video. Based on the comic book of the same name by Garth Ennis and Darick Robertson, it follows the eponymous team of vigilantes as they combat superpowered individuals who abuse their abilities.

Stranger Things is an American science fiction horror drama television series created by the Duffer Brothers, who also serve as showrunners and are executive producers along with Shawn Levy and Dan Cohen.

Set in the 1980s, primarily in the fictional town of Hawkins, Indiana, the series centers on a number of mysteries and supernatural events occurring around the town and their impact on an ensemble of child and adult characters.

House of Cards is an American political thriller streaming television series created by Beau Willimon. It is an adaptation of the 1990 BBC series of the same name and based on the 1989 novel of the same name by Michael Dobbs.

House of Cards is set in Washington, D.C., and is the story of Frank Underwood (Kevin Spacey), an amoral politician and Democrat from South Carolina’s 5th congressional district, and his equally ambitious wife Claire Underwood (Robin Wright).

Frank is passed over for appointment as Secretary of State but remains House Majority Whip so he initiates an elaborate plan to attain power, aided by Claire. The series deals with themes of ruthless pragmatism, manipulation, betrayal, and power.

The Crown is a historical drama television series about the reign of Queen Elizabeth II, created and principally written by Peter Morgan and produced by Left Bank Pictures and Sony Pictures Television for Netflix.

The first season covers the period from Elizabeth’s marriage to Philip, Duke of Edinburgh, in 1947 to the disintegration of her sister Princess Margaret’s engagement to Group Captain Peter Townsend in 1955.

The second season covers the period from the Suez Crisis in 1956 to the retirement of Prime Minister Harold Macmillan in 1963 and the birth of Prince Edward in 1964.

Doctor Who is a British science fiction television program broadcast by the BBC since 1963. The program depicts the adventures of a Time Lord called the Doctor, an extraterrestrial being who appears to be human.

The Doctor explores the universe in a time-traveling spaceship called the TARDIS. The TARDIS exterior appears as a blue British police box, which was a common sight in Britain in 1963 when the series first aired. With various companions, the Doctor combats foes works to save civilizations and helps people in need.

The Walking Dead is an American post-apocalyptic horror television series based on the comic book series of the same name by Robert Kirkman, Tony Moore, and Charlie Adlard—together forming the core of The Walking Dead franchise.

The series features a large ensemble cast as survivors of a zombie apocalypse trying to stay alive under near-constant threat of attacks from zombies known as “walkers”.

With the collapse of modern civilization, these survivors must confront other human survivors who have formed groups and communities with their own sets of laws and morals, sometimes leading to open, the hostile conflict between them.