Best 3D Movies of All Time That Actually Delivered

From Gravity to Ready Player One, here are the best 3D movies of all time. 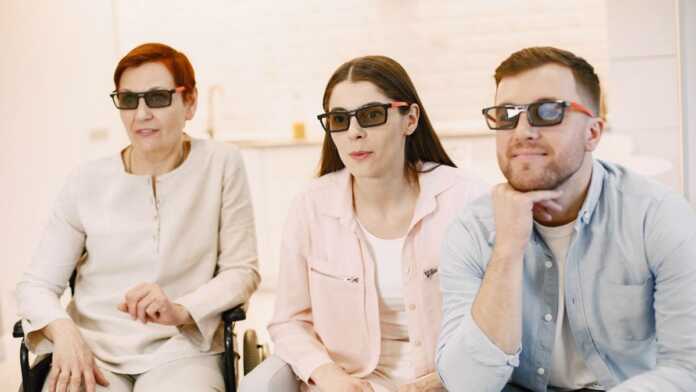 Best 3D Movies of All Time

Ready Player One is a 2018 American science fiction action film based on Ernest Cline’s novel of the same name. Directed by Steven Spielberg from a screenplay by Zak Penn and Cline.

Ready Player One looks incredible in 3D. This one is one of those movies where one is truly immersed in a world filled with a non-stop sense of wonder. The special effects are pretty spectacular in 3D.

Avatar is a 2009 American epic science fiction film directed, written, produced, and co-edited by James Cameron. With 3D, Avatar is visually splendid. It is set in the mid-22nd century when humans are colonizing Pandora, a lush habitable moon of a gas giant in the Alpha Centauri star system, in order to mine the valuable mineral unobtanium.

Life of Pi is a 2012 adventure-drama film directed and produced by Ang Lee and written by David Magee. Based on Yann Martel’s 2001 novel of the same name, the storyline revolves around two survivors of a shipwreck.

One is a sixteen-year-old Indian boy named Pi Patel and the other is a ferocious Bengal tiger named Richard Parker that are on a lifeboat stranded in the Pacific Ocean for 227 days.

Life of Pi is a masterpiece with stunning visuals and amazing storytelling. With 3D this movie delivers its best visual effects and takes the views into the magic world. The story is beautiful and has a very deep meaning at the end.

Gravity is a 2013 science fiction thriller film directed by Alfonso Cuarón, who also co-wrote, co-edited, and produced the film. It stars Sandra Bullock and George Clooney as American astronauts who are stranded in space after the mid-orbit destruction of their Space Shuttle, and attempt to return to Earth.

It is one of the most underrated Science Fiction films ever made with Stunning effects with great 3D visualization. The cinematography is literally out of this world.

Fast & Furious Presents: Hobbs & Shaw is a 2019 American action film directed by David Leitch and written by Chris Morgan and Drew Pearce, from a story by Morgan.

The plot follows the unlikely pairing of the titular characters as they team up with Shaw’s sister (Kirby) to battle a cybernetically enhanced terrorist (Elba) threatening the world with a deadly virus.

It follows Kyle Reese, a soldier in a post-apocalyptic war against Skynet, who is sent from 2029 to 1984 to prevent Sarah Connor’s death. When Kyle arrives in the past, he discovers that the timeline has been altered by Skynet, and that Sarah has been raised by a reprogrammed Terminator sent to protect her.

In the film, Parker asks Dr. Stephen Strange (Cumberbatch) to use magic to make his identity as Spider-Man a secret again following its public revelation at the end of Far From Home. When the spell goes wrong because of Parker’s actions, the multiverse is broken open, which allows visitors from alternate realities to enter Parker’s universe.

The Polar Express is a 2004 American computer-animated adventure film co-written and directed by Robert Zemeckis, based on the 1985 children’s book of the same name by Chris Van Allsburg, who also served as one of the executive producers.

The film features human characters animated using live-action and motion-capture CGI animation. It tells the story of a young boy who, on Christmas Eve, sees a mysterious train bound for the North Pole stop outside his window and is invited aboard by its conductor. The boy joins several other children as they embark on a journey to visit Santa Claus preparing for Christmas.

How to Train Your Dragon is a 2010 American 3D computer-animated action-fantasy film loosely based on the 2003 book of the same name by Cressida Cowell, produced by DreamWorks Animation and distributed by Paramount Pictures.

The story takes place in Berk, a mythical Viking village; Hiccup, an undersized teen wishing to become a dragon slayer like the other Vikings, injures a rare Night Fury dragon but is unable to bring himself to kill it. He instead helps and befriends the dragon, and quickly discovers that things are not exactly as they seem in the Viking-Dragon conflict.