From Manifest to For All Mankind, here are the best Sci-Fi television series of all time. 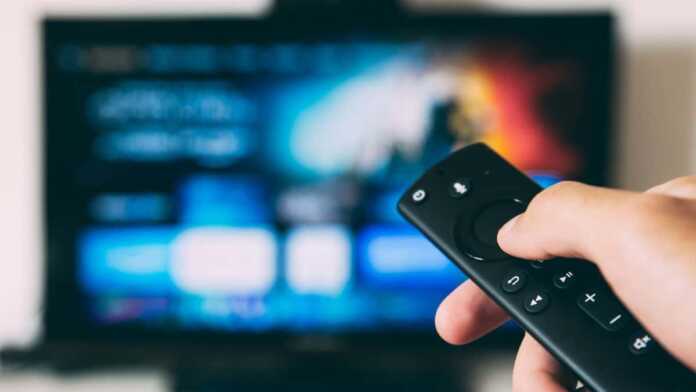 The first installment in the American Story media franchise, each season is conceived as a self-contained miniseries, following a different set of characters and settings in the same fictional universe, and a storyline with its own “beginning, middle, and end.” Some plot elements of each season are loosely inspired by true events.

See is an American science fiction drama television series produced for Apple TV+ and starring Jason Momoa and Alfre Woodard in leading roles. The series is set in a post-apocalyptic dystopia in the distant future where a blind tribe believes that two of its children have the mythical power to see.

Doctor Who is a British science-fiction television program broadcast by the BBC since 1963. The program depicts the adventures of a Time Lord called the Doctor, an extraterrestrial being who appears to be human.

The Doctor explores the universe in a time-traveling spaceship called the TARDIS. The TARDIS exterior appears as a blue British police box, which was a common sight in Britain in 1963 when the series first aired. With various companions, the Doctor combats foes works to save civilizations and helps people in need.

Westworld is a 2016 TV adaptation of 1973 film of the same name. The story begins in Westworld, a fictional, technologically advanced Wild-West-themed amusement park populated by android “hosts”.

The park caters to high-paying guests who may indulge their wildest fantasies within the park without fear of retaliation from the hosts, who are prevented by their programming from harming humans.

Later on, in the third season, the series’ setting expands to the real world, in the mid-21st century, where people’s lives are driven and controlled by a powerful artificial intelligence named Rehoboam.

Black Mirror is a British anthology television series. Individual episodes explore a diversity of genres, but most are set in near-future dystopias with science-fiction technology – a type of speculative fiction.

The series is based on The Twilight Zone and uses technology to comment on contemporary social issues. Most episodes are written by Brooker, with heavy involvement by the executive producer Annabel Jones.

For All Mankind is an American science fiction drama television series created by Ronald D. Moore, Matt Wolpert and Ben Nedivi and produced for Apple TV+.

The series dramatizes an alternate history depicting “what would have happened if the global space race had never ended” after the Soviet Union succeeds in the first crewed Moon landing ahead of the United States.

It is the 11th Star Trek series and was launched in 2022 as part of Kurtzman’s expanded Star Trek Universe. A spin-off from Star Trek: Discovery, it follows Captain Christopher Pike and the crew of the starship USS Enterprise as they explore new worlds throughout the galaxy during the decade before Star Trek: The Original Series.

It is a spin-off to The Walking Dead, which is based on the comic book series of the same name by Kirkman, Tony Moore, and Charlie Adlard. The first three seasons serve as a prequel, focusing on a blended family who experiences the start of the zombie apocalypse.

Subsequent seasons run concurrently with the original show, with Morgan Jones (Lennie James) from The Walking Dead crossing over into the series.

The 100 is an American post-apocalyptic science fiction drama television series that premiered on March 19, 2014 on The CW, and ended on September 30, 2020.

The 100 follows post-apocalyptic survivors from a space habitat, the Ark, who return to Earth nearly a century after a devastating nuclear apocalypse. The first people sent to Earth are a group of juvenile delinquents who encounter descendants of survivors of the nuclear disaster on the ground.

Manifest is an American supernatural drama television series created by Jeff Rake that premiered on September 24, 2018, on NBC. It centers on the passengers and crew of a commercial airliner who suddenly reappear after being presumed dead for five and a half years. As those aboard reintegrate into society, they experience guiding voices and visions of events yet to occur, and soon a deeper mystery unfolds.