From Men in Black to Welcome to Earth, here are some of the best Will Smith movies and tv shows to watch this weekend. 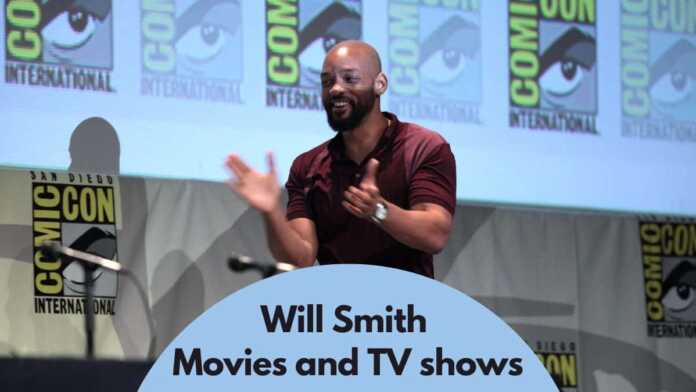 He is the founder of the following organizations – Overbrook Entertainment, New Village Leadership Academy, Treyball Development Inc., and Westbrook.

The Pursuit of Happyness is a 2006 American biographical drama film directed by Gabriele Muccino and starring Will Smith as Chris Gardner, a homeless salesman.

Smith’s son Jaden Smith co-stars, making his film debut as Gardner’s son, Christopher Jr. The screenplay by Steven Conrad is based on the best-selling 2006 memoir of the same name written by Gardner with Quincy Troupe.

It is based on Gardner’s nearly one-year struggle being homeless. The unusual spelling of the film’s title comes from a mural that Gardner sees on the wall outside the daycare facility his son attended. The movie is set in San Francisco in 1981.

Seven Pounds is a 2008 American drama film directed by Gabriele Muccino starring actor Will Smith as a man who sets out to change the lives of seven people.

Ben Thomas, an IRS agent, is guilt-ridden for his mistake that killed seven people including his fiancee. He embarks on an extraordinary journey in order to change the lives of seven strangers.

Enemy of the State is a 1998 American political action thriller film directed by Tony Scott, produced by Jerry Bruckheimer and written by David Marconi.

The film tells the story of a group of corrupt National Security Agency (NSA) agents conspiring to kill a congressman and the cover-up that ensues after a tape of the murder ends up in the possession of an unsuspecting lawyer.

I Am Legend is a 2007 American post-apocalyptic action thriller film loosely based on the 1954 novel of the same name by Richard Matheson.

It is set in New York City after a virus, which was originally created to cure cancer, has wiped out most of mankind, leaving Neville as the last human in New York, other than nocturnal mutants. Neville is immune to the virus, and he works to develop a cure while defending himself against the hostile mutants.

Independence Day is a 1996 American science fiction action film directed by Roland Emmerich and written by Emmerich and Dean Devlin.

Marcus, a family man, and Mike, a ladies’ man, are partners in the Miami police. Things get complicated when they assume each other’s identity while investigating a drug deal.

Hitch is a 2005 American romantic comedy film directed by Andy Tennant and starring Will Smith in the title role, along with Eva Mendes, Kevin James, and Amber Valletta.

The film, which was written by Kevin Bisch, features Smith as Alex “Hitch” Hitchens, a professional “date doctor” who makes a living teaching men how to woo women.

Unfortunately, while helping his latest client woo the woman of his dreams, he finds out that his game doesn’t quite work on the gossip columnist with whom he’s smitten.

Focus is a 2015 American crime comedy-drama film written and directed by Glenn Ficarra and John Requa, starring Will Smith and Margot Robbie.

Nicky, an accomplished con artist, gets romantically involved with his disciple, Jess, but, soon, ends their relationship. Years later, she returns as a femme fatale to spoil his plans.

Hancock is a 2008 American superhero film directed by Peter Berg from a screenplay by Vince Gilligan and Vy Vincent Ngo. The story was originally written by Vy Vincent Ngo in 1996.

John Hancock is a reckless superhero whose chaotic efforts have made him wildly unpopular. However, his life changes when a PR expert offers to help him improve his public image.

Suicide Squad is a 2016 American superhero film based on the DC Comics supervillain team of the same name. In the film, a secret government agency led by Amanda Waller recruits imprisoned supervillains to execute dangerous black ops missions and save the world from a powerful threat in exchange for reduced sentences.

Gemini Man is a 2019 American action thriller film directed by Ang Lee. Starring Will Smith, Mary Elizabeth Winstead, Clive Owen, and Benedict Wong, the film follows a retiring Force Recon Marine Scout Sniper who is targeted by a much younger clone of himself while on the run from a corrupt private military company.

1. The Fresh Prince of Bel-Air

The Fresh Prince of Bel-Air is an American television sitcom created by Andy and Susan Borowitz for NBC. It aired from September 10, 1990, to May 20, 1996.

The series stars Will Smith as a fictionalized version of himself, a street-smart teenager born and raised in West Philadelphia who is sent to move in with his wealthy uncle and aunt in Bel-Air, where his lifestyle often clashes with that of his upper-class relatives.

This 10-part cinematic event series explores the fragility and wonder of planet Earth – one of the most peculiar, unique places in the universe.

Host Will Smith guides viewers on an unprecedented exploration, bolstered by an elite group of eight astronauts who provide unique perspectives and relate personal memoirs of the planet seen from a distance.

Welcome to Earth is a television series that follows actor Will Smith, as he sets out to offer an insight into some of the world’s most remote and uncharted locations. The series debuted as a Disney+ Original on the 8th December 2021, under the National Geographic banner, with all six episodes airing at once.

4. Amend: The Fight for America

Amend: The Fight for America is a 2021 docuseries starring Will Smith, Bryan Stevenson, and Larry Wilmore. It covers the legacy of the 14th Amendment to the United States Constitution and explores the history of discrimination and activism for equality in the United States.

5. Best Shape of My Life

Following Will Smith’s journey to improve every aspect of his fitness, from agility to power to recovery and more; as Will gets into the best shape of his life, he is joined by pro-athletes, health and fitness experts, doctors, and other YouTubers.