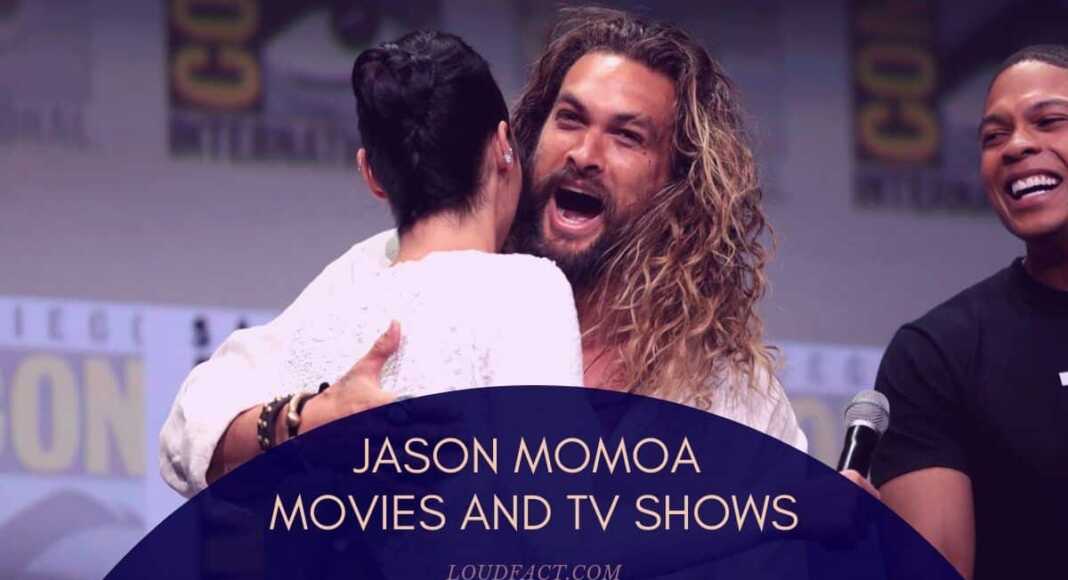 He is known for his television roles as Ronon Dex on the military science fiction television series Stargate Atlantis. Recently Jason Momoa created a lot of buzz for portraying Aquaman in the DC Extended Universe.

Joseph Jason Namakaeha Momoa is best known for his television roles as Khal Drogo in the HBO fantasy television series Game of Thrones (2011–2012) and as Declan Harp in the Netflix series Frontier (2016–present). Momoa started his career with Road to Paloma, where he worked as a director, writer, and producer.

Some of Mamoa’s other remarkable performances include The Bad Batch, Sugar Mountain, Braven, Bullet to the Head, Once Upon a Time in Venice, Debug, Baywatch Hawaii, and Suicide Squad, amongst various others.

Jason Momoa met actress Lisa Bonet in 2005 and started dating. They both were gifted with a girl child named Lola Iolani Momoa on July 23, 2007. Their son, Nakoa-Wolf Manakauapo Namakaeha Momoa, was born on December 15, 2008. The couple got legally married in October 2017.

Most people look for how he got the scar on his face, which is visible in his later works. The scar was acquired in a fight at the Bird Café in Hollywood on November 15, 2008, when a man slashed his face with a broken beer glass. He was seriously injured and received 140 stitches.

The Jason Momoa movies and tv shows list doesn’t just include one of DC’s iconic heroes. Jason Momoa has 18 years of professional career during which he also played Conan the Barbarian, Khal Drogo on Game of Thrones, and Ronon Dex on Stargate Atlantis.

We have listed the best tv shows and movies of Jason Momoa along with their rating below. 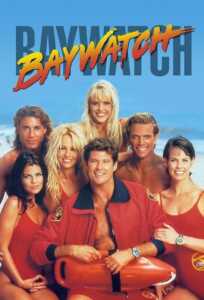 It is an American action drama series about the Los Angeles County lifeguards who patrol the beaches of Los Angeles County, California. Although the show was canceled after its first season on NBC, it survived and later became one of the most-watched television shows in the world. You will be surprised to know that this is the first tv series of Jason Momoa. 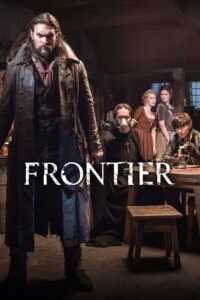 Role: Declan Harp
Total number of episodes: 18
Where To Watch: Available on Netflix

Frontier is a Canadian historical period drama television series chronicling the North American fur trade in the late 1700s Canada. The series is co-produced by Discovery Canada, as the channel’s first original scripted commission, and Netflix.

The series premiered on Nov 6, 2016. The entirety of the third season premiered first on Netflix on November 23, 2018, and is broadcasting in Canada between December 7 and 21, 2018. This is the best tv show among Jason Momoa movies and tv shows list that you should watch at least once.

See probably one of the best series to watch in Apple TV+. The story narrates in a future where humankind has lost the ability to see and is forced to interact in new ways, a set of twins with sight is born, challenging the status quo. 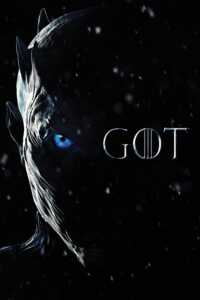 Among the entire list of Jason Momoa movies and tv shows, this series requires no introduction at all. Game of Thrones is the most popular American fantasy drama television series created by David Benioff and D. B. Weiss.

It is an adaptation of A Song of Ice and Fire, George R. R. Martin’s series of fantasy novels, the first of which is A Game of Thrones. The series premiered on HBO in the United States on April 17, 2011, and its seventh season ended on August 27, 2017. The series will conclude with its eighth season premiering in April 2019. 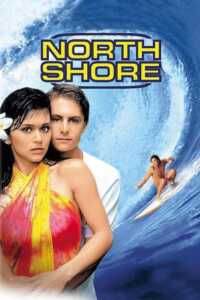 North Shore is an American prime-time soap opera that aired on Fox every Monday for seven months in 2004 and 2005. It centered on the staff and guests of the fictional Grand Waimea Hotel and Resort (actually the real-life Turtle Bay Resort located near Kahuku, O’ahu) on Oahu’s North Shore in Hawaii. The show was canceled in January 2005 after a 21-episode, single-season run.

The Red Road is an American drama television series that aired on SundanceTV from February 27, 2014 to May 7, 2015. The show’s plot is based on the plight of the Ramapough Mountain Indians at the Ringwood Mines landfill site in New Jersey, where toxic wastes from the nearby Mahwah Ford plant were dumped. 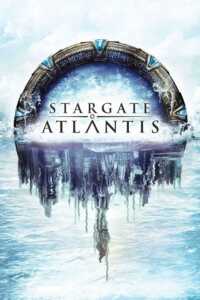 Stargate Atlantis is a Canadian-American adventure and military science fiction television series of Jason Momoa. All five seasons of Stargate Atlantis were broadcast by the Sci-Fi Channel in the United States and The Movie Network in Canada.

The show premiered on July 16, 2004; its final episode aired on January 9, 2009. The series was a rating success for the Sci-Fi Channel and was particularly popular in Europe and Australia.

“A married woman becomes attracted to a young man after she takes the ashes of her nanny to Hawaii.” – IMDB 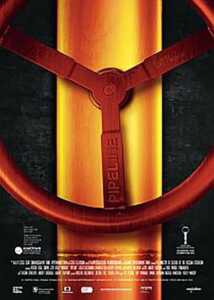 The pipeline is a movie by Jason Momoa that narrates the story of six childhood friends who paddled into the waves at Banzai Pipeline on the night of October 14, 2001. Only five paddled back to shore and four years later, the survivors are haunted by the memory of what they vowed to forget. 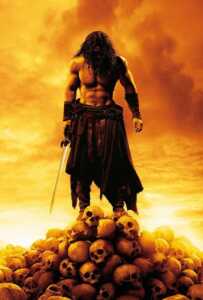 Conan the Barbarian is a 2011 American sword and sorcery film based on the character of the same name created by Robert E. Howard. The film is a new interpretation of the Conan mythology and is not related to the films featuring Arnold Schwarzenegger. 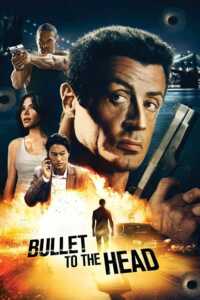 Thanks to Sylvester Stallone, Bullet to the Head is one of the well-known movies in the list of Jason Momoa movies and tv shows. This 2012 American action thriller film was directed by Primetime Emmy Award winner Walter Hill. The screenplay by Alessandro Camon was based on the French graphic novel Du Plomb Dans La Tête written by Matz and illustrated by Colin Wilson.

The movie follows a hitman and a cop who is compelled to work together to bring down a corrupt businessman and mafia boss after they are targeted by the latter’s associates. 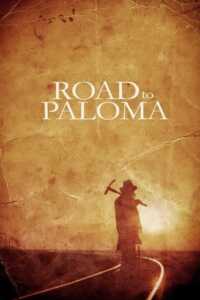 Road to Paloma is a 2014 American drama thriller film directed, produced, co-written by and starring Jason Momoa. After murdering his mother’s rapist, Wolf, a Native American, flees from the law.

Six months later he meets up with a drifter called Cash and heads north to his sister’s property where he intends to go spread his mother’s ashes, but with the law right behind him his dream to lay his mother to peace may come at a price. 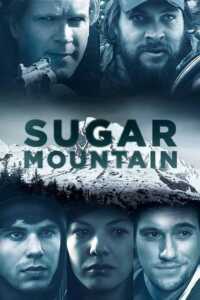 Starring Jason Momoa, Sugar Mountain is an American thriller film directed by Richard Gray and written by Abe Pogos. The film follows the plot of two brothers, down on their luck, fake a disappearance in the Alaskan wilderness so they’ll have a great survival story to sell, but the hoax turns out to be more real than they planned. 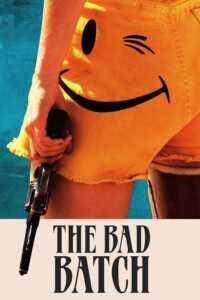 The Bad Batch is one of the Jason Momoa movies and tv shows which was released in 2016. This American black comedy thriller film was directed and written by Gotham Independent Film Award winner Ana Lily Amirpour. The movie plot follows in a desert dystopia, where a young woman is kidnapped by cannibals. 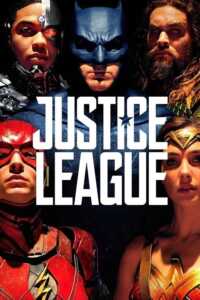 Justice League is a 2017 American superhero film based on the DC Comics superhero team of the same name, distributed by Warner Bros. Pictures. This movie opens the path for Momoa’s Super Hero character.

Justice League is the follow-up to 2016’s Batman v Superman: Dawn of Justice, fueled by his restored faith in humanity and inspired by Superman’s selfless act, Bruce Wayne recruits the help of his newfound ally, Diana Prince, to face an even greater enemy.

Braven is one of the recent addition to the list of Jason Momoa movies and tv shows. This 2018 Canadian action-thriller movie was directed by Lin Oeding, written by Mike Nilon and Thomas Pa’a Sibbett. This shows a logger who defends his family from a group of dangerous drug runners. 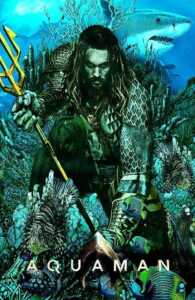 A high-school student wakes to find he is changing into something vicious, unpredictable, and wild; he goes in search of his true heritage after his parents are viciously murdered.

Once Upon a Time in Venice is one of the Jason Momoa movies and tv shows starring Bruce Willis. Steve Ford is a private detective in Venice Beach, California. He’s good with the ladies, bad with the punches, and wild about his dog, Buddy.

When local thugs steal Buddy, Ford turns to Spyder, their devious leader, to forge an unlikely alliance. With help from his best friend, Steve pulls out the big guns to retrieve Spyder’s stolen cash and cocaine, and save Buddy.

While working on a derelict freighter in outer space, six young hackers fall prey to the ship’s artificial intelligence, a program that would kill to become human.

This is one of the Jason Momoa movies and tv shows directed by Jason Momoa. This 15min short drama is a disorganized travel log of a vagabond in search of a home.

Aquaman And The Lost Kingdom: After the immense success of Aquaman. This film is scheduled to be released on 17 March 2023.

Fast X: Fast X is an upcoming American action film directed by Louis Leterrier and written by Justin Lin and Dan Mazeau. It is the sequel to F9, serving as the tenth main installment, and the eleventh feature film in the Fast & Furious franchise. It will hit theaters on 19 May 2023.

Joseph Jason Namakaeha Momoa was born to Coni, a photographer, and Joseph Momoa, a painter, on August 1, 1979, in Honolulu, Hawaii. He was the only child of his parents and raised in Norwalk, Iowa, by his mother.

One of the surprising facts about Jason Momoa is that he studied marine biology during his college days in Iowa. Later he attended Colorado State University and changed his major to wildlife biology.

Jason loves to travel and learned pastel painting in Paris and was introduced to the tenets of Buddhism in Tibet.

When it comes to his major works, Stargate Atlantis will always be there. Created by Brad Wright and Robert C. Cooper, Jason played the fictional character of Ronon Dex in the series which became an immediate hit. This show named him a brilliant actor because of his brilliant performance and his signature dreadlocks.

Here is a compilation of the Jason Mamoa movies and tv shows which includes his successful and flop films, and television series that are worth watching.