From The Hero to Vamps, here is the best list of Krysten Ritter movies and tv shows. 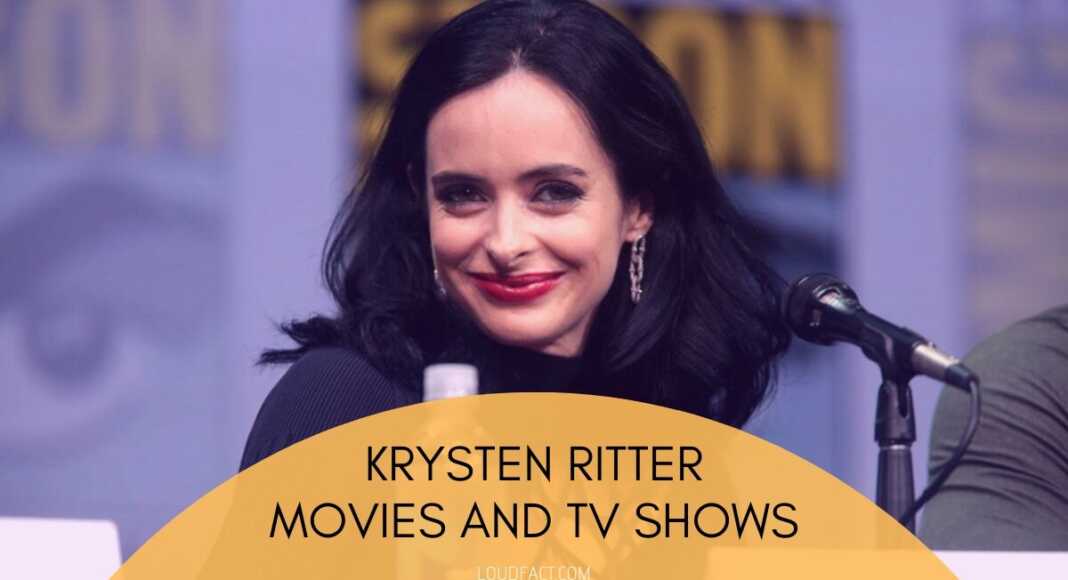 Are you looking for the best Krysten Ritter movies and tv shows to watch this weekend? Krysten Ritter is an American actress, former model, and musician who is best known for her role in Big Eyes.

Among all Krysten Ritter movies and TV shows, she came to prominence with her supporting roles in a number of romantic comedy films such as What Happens in Vegas(2007), 27 Dresses(2008), and Confessions of a Shopaholic(2009).

Like every artist, Krysten Ritter too encountered success as well as failure in her career. She made a mark in the television industry with some hit shows like Breaking Bad which earned her praise.

Here is the complete list of the best Krysten Ritter movies and tv shows that are worth watching.

The Krysten Ritter movies and tv shows list don’t just include one of the famous faces from Marvel The Defenders. Krysten Ritter has a long professional career from 2001 which makes her one of the leading actresses in the industry.

From Big Eyes to The Defenders, she completely lived the character which makes her movies and tv shows worth watching. We have listed the best tv shows and movies of Krysten Ritter along with their rating below.

In the late 1950s and early ’60s, artist Walter Keane(Christoph Waltz) achieves unbelievable fame and success with portraits of saucer-eyed waifs. However, no one understands that his wife, Margaret(Amy Adams), is the real painter behind the brush.

Although Margaret is horrified to learn that Walter is passing off her work as his own, she is too meek to protest too loudly. It isn’t until the Keanes’ marriage comes to an end and a lawsuit follows that the truth finally comes to light.

Veronica Mars used to be the popular girl with cool friends and the jock boyfriend. A series of personal and family traumas have made her an outcast – albeit one with a sarcastic side and a snarky sense of humor. Now, she helps her private investigator father dig into the lives of the rich and famous in the messed-up town of Neptune, Calif.

She’s Out of My League is one of the Krysten Ritter movies and tv shows where Kirk, a TSA agent, works at an airport. Things become exciting for him after he encounters Molly, a gorgeous woman at the airport. In a turn of events, they fall in love with each other.

Killing Bono is one of the Krysten Ritter movies and tv shows where two brothers (Ben Barnes, Robert Sheehan) try desperately to become rock stars, but can only watch while their old classmates, the members of U2, become one of the world’s biggest bands.

At an all women’s private school in the 1950s, a non-conformist teacher encourages students to pursue their dreams and question the roles women are expected to play in society.

Listen Up Philip is one of the Krysten Ritter movies and tv shows where after refusing to promote his eagerly awaited second novel, a self-absorbed writer (Jason Schwartzman) takes up residence at the home of his literary idol (Jonathan Pryce).

Directed by Step Up director Anne Fletcher, 27 Dresses is another great addition to the list of Krysten Ritter movies and tv shows. After serving as a bridesmaid 27 times, Jane is shocked when her younger sister announces her engagement to the man she loves.

After her romance goes sour, Jane, a production assistant, decides to delve deeper into male psychology. Her life changes when she becomes a relationship expert.

Confessions of a Shopaholic is one of the Krysten Ritter movies and tv shows where Rebecca accepts a job at a magazine to deal with her huge debts. Although her column is a hit, she hardly practices what she preaches. If the truth is out, she will lose an admiring boss and more.

Asthma is one of the best Krysten Ritter movies where a young musician takes a beautiful tattoo artist on a ride in a stolen classic car.

L!fe Happens is a comedy movie starring Krysten Ritter where a party girl(Krysten Ritter) get into an unplanned pregnancy. Without knowing the consequences Ritter gets into casual hook-up which results in an awkward situation.

Stacy and Goody, two socially active vampires in New York seek true love. However, there is a catch, in order to find true love they must give up their eternal youth.

Hoping to please his girlfriend (Krysten Ritter), a record executive (Josh Meyers) tries to learn how to become a better lover.

Search Party is one of the Krysten Ritter movies where two buddies (Adam Pally, T.J. Miller) travel to Mexico to rescue their friend (Thomas Middleditch) after a carjacker leaves him naked, penniless and stranded in the desert.

The Hero is one of the Krysten Ritter movies and tv shows where Lee Hayden is a Western icon with a golden voice, but his best performances are decades behind him. He spends his days reliving old glories and smoking too much weed with his former co-star-turned-dealer, Jeremy until a surprise cancer diagnosis brings his priorities into sharp focus.

He soon strikes up an exciting, contentious relationship with stand-up comic Charlotte, and he attempts to reconnect with his estranged daughter, Lucy, all while searching for one final role to cement his legacy.

El Camino: A Breaking Bad Movie is a 2019 American neo-Western crime thriller film that serves as an epilogue to the television series Breaking Bad. Series creator Vince Gilligan wrote, directed, and produced the film, while Aaron Paul reprised his role as Jesse Pinkman.

Among all Krysten Ritter movies and tv shows, here is the list of her best TV Shows that you should watch.

But Walter is dumbstruck when he learns he has terminal cancer. Realizing that his illness probably will ruin his family financially, Walter makes a desperate bid to earn as much money as he can in the time he has left by turning an old RV into a meth lab on wheels.

Veronica Mars used to be the popular girl with cool friends and the jock boyfriend. A series of personal and family traumas have made her an outcast – albeit one with a sarcastic side and a snarky sense of humor. Now, she helps her private investigator father dig into the lives of the rich and famous in the messed-up town of Neptune, Calif.

Jonny Zero is Krysten Ritter starred Crime and drama series where Jonny Calvo has barely returned to his old neighborhood after serving time before a gangster looks to re-enlist his services. Meanwhile, the FBI wants him to snitch, and people he doesn’t even know keep asking him for help.

Jessica Jones is one of the best Krysten Ritter movies and tv shows that shows the life of one of the darker Marvel characters, the mysterious Jessica Jones. When a tragedy puts an end to her short-lived career as a superhero, Jessica settles in New York City and opens her own detective agency, called Alias Investigations, which seems to be called into cases involving people who have special abilities.

Suffering from post-traumatic stress syndrome, Jessica wants to do good, but her primary interest isn’t in saving the world, it’s saving her apartment and getting through each day. Based on a graphic novel intended for adults, this Netflix original chronicles is not a superhero story for the kids.

Set in a storybook Connecticut town populated by an eclectic mix of dreamers, artists and everyday folk, this multigenerational drama about family and friendship centers around Lorelai Gilmore and her daughter, Rory.

Lorelai owns the town’s bed-and-breakfast, the Dragonfly Inn, with best friend/chef Sookie, and contends with weekly dinners with eccentric, well-off parents Richard and Emily Gilmore(who always have something to say about their daughter’s life). After high school, Rory attends Yale University but frequently returns to Stars Hollow to visit her mom.

It seems like everyone just loves to watch Marvel movies and tv shows and that goes the same for the Krysten Ritter starred The Defenders. Four of Marvel’s biggest heroes are each working individually but have one common goal in mind to save New York City.

Burdened with their own personal challenges, Matt Murdock(Daredevil), Jessica Jones, Luke Cage and Danny Rand(Iron Fist) realize that they likely won’t be able to accomplish their goals working solo.

That realization leads them to team up and form The Defenders, a supergroup that is more equipped to save the Big Apple than the heroes would be if they continued to work on their own.

Gravity is one of the Krysten Ritter movies and tv shows which shows an aging supermodel, a construction worker, a hormonal teenager, and a perfect housewife with a common bond. They find themselves together in a support group for people who have attempted suicide.

A second chance at life brings with it opportunities as well as challenges, and the group faces them together.

A detective’s keen interest in star-crossed lovers (and group members) Raymond and Lily tests them even further, as they and their fellow survivors try to live and love in New York again.