From The Imitation Game to The Courier, here are some of the best Benedict Cumberbatch movies and tv shows to watch this weekend. 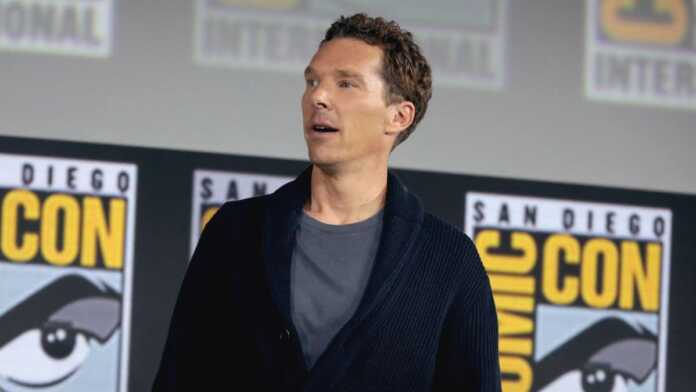 Known for his work on screen and stage, he has received various accolades, including a British Academy Television Award, a Primetime Emmy Award and a Laurence Olivier Award, in addition to nominations for two Academy Awards, two British Academy Film Awards and four Golden Globe Awards.

In the film, Parker asks Dr. Stephen Strange (Cumberbatch) to use magic to make his identity as Spider-Man a secret again following its public revelation at the end of Far From Home. When the spell goes wrong because of Parker’s actions, the multiverse is broken open, which allows visitors from alternate realities to enter Parker’s universe.

The Imitation Game is a 2014 American historical drama film directed by Morten Tyldum and written by Graham Moore, based on the 1983 biography Alan Turing: The Enigma by Andrew Hodges.

The film’s title quotes the name of the game cryptanalyst Alan Turing proposed for answering the question “Can machines think?”, in his 1950 seminal paper “Computing Machinery and Intelligence”. The film stars Benedict Cumberbatch as Turing, who decrypted German intelligence messages for the British government during World War II.

Doctor Strange in the Multiverse of Madness is a 2022 American superhero film based on Marvel Comics featuring the character Doctor Strange. In the film, Strange protects America Chavez (Gomez), a teenager capable of traveling the multiverse, from Wanda Maximoff (Olsen).

The Courier is a 2020 historical spy film directed by Dominic Cooke. The film stars Benedict Cumberbatch as Greville Wynne, and is based on the true story of a British businessman who was recruited by the Secret Intelligence Service to be a message conduit with a Russian spy source Oleg Penkovsky (played by Merab Ninidze) in the 1960s.

Doctor Strange is a 2016 American superhero film based on the Marvel Comics character of the same name. In an accident, Stephen Strange, a famous neurosurgeon, loses the ability to use his hands. He goes to visit the mysterious Ancient One to heal himself and becomes a great sorcerer under her tutelage.

12 Years a Slave is a 2013 biographical drama film directed by Steve McQueen from a screenplay by John Ridley, based on the 1853 slave memoir Twelve Years a Slave by Solomon Northup, an African-American who was kidnapped in Washington, D.C. by two conmen in 1841 and sold into slavery.

He was put to work on plantations in the state of Louisiana for 12 years before being released. The first scholarly edition of Wilson’s version of Northup’s story was co-edited in 1968 by Sue Eakin and Joseph Logsdon.

Set in the 23rd century, the film follows Kirk and the crew of USS Enterprise as they are sent to the Klingon homeworld seeking a former Starfleet member-turned-terrorist, John Harrison.

Tinker Tailor Soldier Spy is a 2011 Cold War spy thriller film directed by Tomas Alfredson. The screenplay was written by Bridget O’Connor and Peter Straughan, based on John le Carré’s 1974 novel of the same name. It is set in London in the early 1970s and follows the hunt for a Soviet double agent at the top of the British secret service.

The Fifth Estate is a 2013 biographical thriller film directed by Bill Condon about the news-leaking website WikiLeaks. The film’s name is a reference to people who operate in the manner of journalists outside the normal constraints imposed on the mainstream media.

War Horse is a 2011 war film directed and produced by Steven Spielberg, from a screenplay written by Lee Hall and Richard Curtis, based on Michael Morpurgo’s 1982 novel of the same name and its 2007 stage adaptation.

Set before and during World War I, it tells of the journey of Joey, a bay Irish Hunter horse raised by British teenager Albert (Irvine), as he is bought by the British Army, leading him to encounter numerous individuals and owners throughout Europe, all the while experiencing the tragedies of the war happening around him.

The Hollow Crown is a series of British television film adaptations of William Shakespeare’s history plays. King Richard is called upon to settle a dispute between his cousin Henry Bolingbroke and Thomas Mowbray. Richard calls for a duel but then halts it just before swords clash. Both men are banished from the realm.