From Prisoners to Enemy, here is the list of Denis Villeneuve movies fanked from worst to best. 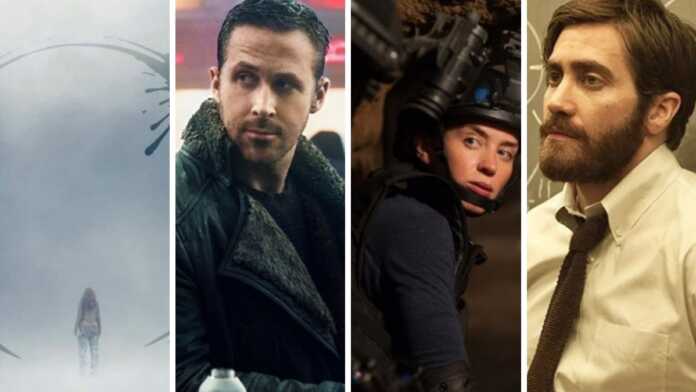 Denis Villeneuve, French Canadian film director and writer who was known for his deft hand at making visually inventive, sensitive, and unflinching films that often focus on issues of human trauma and identity. Dune might be the introduction to his work for millions of viewers, but in his sci-fi epic, Villeneuve is merely reaping the benefits of more than a decades’ worth of filmmaking of the highest order.

He’s a director of many sensibilities and unlimited range, as capable of filling you with wonder by transporting you to a fantasy land of giant worms and magic spice than making your skin crawl with a grounded portrayal of a real-life shooting.

Villeneuve became interested in movies as a child, and he began making short movies when he was in high school. Though he studied science at his first postsecondary school, he changed his focus to film when he attended the University of Quebec at Montreal.

After graduating, he entered Radio-Canada’s 1990–91 Europe-Asia Competition in filmmaking and emerged triumphant. He then began working with the National Film Board of Canada (NFB), first traveling to Ellesmere Island with filmmaker Pierre Perrault to work with him on his documentary Cornouailles (1996; Icewarrior).

Villeneuve’s first Hollywood feature was Prisoners (2013), a taut and complex mystery movie about the disappearance of two little girls. It won critical praise, as did Sicario (2015), a tense and brutal foray into the stalemated War on Drugs.

August 32nd on Earth also known as 32nd Day of August on Earth is a 1998 Canadian drama film directed and written by Denis Villeneuve, in his feature directorial debut, and produced by Roger Frappier.

It was screened in the Un Certain Regard section at the 1998 Cannes Film Festival. Alexis Martin won the Prix Jutra for Best Actor. The film was selected as the Canadian entry for the Best Foreign Language Film at the 71st Academy Awards but was not nominated.

August 32nd on Earth is a playful and minimalistic romcom that runs just short of 90 minutes. The film puts us in the shoes of Simone, a model who goes through an existential crisis after miraculously making it out alive from a car accident.

Her near-death experience forces her to reassess her whole worldview and serves as a much-needed spiritual wake-up call. This prompts her to pitch his friend Philippe the idea of conceiving a baby together with the sole condition that they do so in the middle of Utah’s Great Salt Lake desert.

Villeneuve manages to make it work by balancing the painfully low stakes with a charming story and relatable characters. In a vacuum, August 32nd can feel a bit rough around the edges. But putting it in perspective as a debut film, it’s watchable and a solid stepping stone for better things to come.

Maelström is a 2000 Canadian psychological drama film written and directed by Denis Villeneuve. It stars Marie-Josée Croze as a depressed young businesswoman who becomes romantically involved with the son of a man she killed in a hit-and-run accident. Employing fantasy and comedic elements, Maelström is narrated by a talking fish.

Villeneuve conceived of the story, basing it on his interest in car accidents and modeling the protagonist after various women he knew. He cast Croze, then a novice actress, in the lead role. Filming took place in Montreal in 1999, with animatronics to depict the fish narrator.

It was Villeneuve’s second film and his least confident, taking itself to places that it never quite knows how to get out of. However, it feels like an ending that only Villeneuve is fully in on the joke about. The film largely flounders about like the fish that led us along this muddled journey.

Polytechnique is a 2009 Canadian drama film directed by Denis Villeneuve and written by Villeneuve and Jacques Davidts. Starring Maxim Gaudette, Sebastien Huberdeau, and Karine Vanasse, the film is based on the 1989 École Polytechnique massacre (also known as the “Montreal Massacre”) and re-enacts the events of the incident through the eyes of two students (Huberdeau and Vanasse) who witness a gunman (Gaudette) murder fourteen young women.

After a release in Quebec in February 2009, it was featured in the 2009 Cannes Film Festival. It received numerous honours, including nine Genie Awards, notably Best Motion Picture.

While Maelström and August 32nd on Earth offered glimpses of Denis Villeneuve’s talent, it wasn’t until this film that he truly came to his own as a filmmaker. Pulling no punches in its violence, Polytechnique only dares to focus on the killer to condemn the blind hatred that consumed him and pushed him to become a senseless monster.

Sicario is a 2015 action thriller film directed by Denis Villeneuve, written by Taylor Sheridan and starring Emily Blunt, Benicio del Toro, and Josh Brolin. The film follows a principled FBI agent who is enlisted by a government task force to bring down the leader of a powerful and brutal Mexican drug cartel.

Sicario was selected to compete for the Palme d’Or at the 2015 Cannes Film Festival. It began a limited release in the United States on September 18, 2015, followed by a nationwide release on October 2, 2015.

Enemy is a 2013 surreal psychological mystery drama thriller film directed by Denis Villeneuve and produced by M. A. Faura and Niv Fichman. Written by Javier Gullón, it was loosely adapted from José Saramago’s 2002 novel The Double.

The film stars Jake Gyllenhaal in a dual role as two men who are physically identical, but different in personality. Mélanie Laurent, Sarah Gadon, and Isabella Rossellini co-star. It is an international co-production of companies from Spain and Canada.

Enemy premiered in the Special Presentation section at the 2013 Toronto International Film Festival on 8 September. Upon its wide release by A24 on 14 March 2014. Enemy earned ten nominations at the 2nd Canadian Screen Awards, winning five, including Best Director for Villeneuve. It was named Best Canadian Film of the Year at the Toronto Film Critics Association Awards 2014.

The plot focuses on the abduction of two young girls in Pennsylvania and the subsequent search for the suspected abductor by the police. After police arrest a young suspect and release him, the father of one of the daughters takes matters into his own hands.

The film was a financial and critical success, grossing US$122 million worldwide. It was chosen by the National Board of Review as one of the top ten films of 2013, and at the 86th Academy Awards, it was nominated for Best Cinematography.

The story concerns Canadian twins who travel to their mother’s native country in the Middle East to uncover her hidden past amidst a bloody civil war. While the country is unnamed, the events in the film are heavily influenced by the Lebanese Civil War and particularly the story of prisoner Souha Bechara. The film was shot mainly in Montreal, with a few days spent in Jordan.

Dune is a 2021 American epic science fiction film directed by Denis Villeneuve and written by Villeneuve, Jon Spaihts, and Eric Roth. It is the first of a planned two-part adaptation of the 1965 novel by Frank Herbert, primarily covering the first half of the book.

Set in the far future, it follows Paul Atreides as his family, the noble House Atreides, is thrust into a war for the deadly and inhospitable desert planet Arrakis.

The film is the third adaptation of Dune following David Lynch’s 1984 film, which was a critical and commercial failure, and John Harrison’s 2000 miniseries. After an unsuccessful attempt by Paramount Pictures to produce a new adaptation, Legendary Entertainment acquired the Dune film and TV rights in 2016, with Villeneuve signing on as director in February 2017.

Ford and Edward James Olmos reprise their roles from the original film. Gosling plays K, a Nexus-9 replicant “blade runner” who uncovers a secret that threatens to destabilize society and the course of civilization.

Ideas for a Blade Runner sequel were first proposed in the 1990s, but licensing issues stalled their development. Andrew Kosove and Broderick Johnson obtained the film rights from Bud Yorkin. Ridley Scott stepped down as the film’s initial director and worked as an executive producer, while Villeneuve was later appointed to direct.

Arrival is a 2016 American science fiction drama film directed by Denis Villeneuve and adapted by Eric Heisserer, who conceived the project as a spec script based on the 1998 short story “Story of Your Life” by Ted Chiang.

The film stars Amy Adams as Louise Banks, a linguist enlisted by the United States Army to discover how to communicate with extraterrestrial aliens who have arrived on Earth before tensions lead to war. Jeremy Renner, Forest Whitaker, Michael Stuhlbarg, and Tzi Ma appear in supporting roles.

Arrival had its world premiere at the Venice Film Festival on September 1, 2016, and was released theatrically in the United States by Paramount Pictures on November 11, 2016.

It grossed $203 million worldwide and received critical acclaim, with particular praise for Adams’s performance, Villeneuve’s direction, and the exploration of communication with extraterrestrial intelligence.

Considered one of the best films of 2016, Arrival appeared on numerous critics’ year-end lists and was selected by the American Film Institute as one of ten “Movies of the Year”.