From Dunkirk to Battleship, here are the best navy warship battle movies. 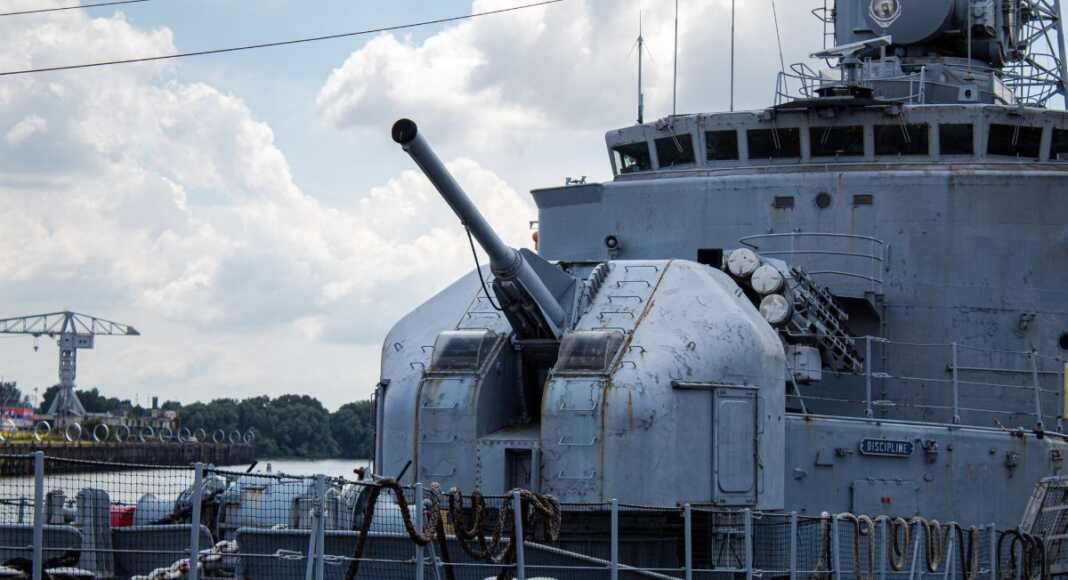 Dunkirk is a 2017 war film written, directed, and produced by Christopher Nolan that depicts the Dunkirk evacuation of World War II through the perspectives of the land, sea, and air.

Dunkirk portrays the evacuation with little dialogue, as Christopher Nolan sought instead to create suspense from cinematography and music. The movie shows allied soldiers from Belgium, the British Commonwealth and Empire, and France are surrounded by the German Army and evacuated during a fierce battle in World War II.

Greyhound is a 2020 American war film directed by Aaron Schneider and starring Tom Hanks, who also wrote the screenplay. The film is based on the 1955 novel The Good Shepherd by C. S. Forester.

The plot follows a commander in the US Navy on his assignment commanding a multi-national escort destroyer group of 4 defending an Allied convoy of 37 merchant and troop ships. They come under attack by German U-boats in early 1942 during the Battle of the Atlantic, only a few months after the United States officially entered World War II.

Midway is a 2019 war film about the Battle of Midway, a turning point in the Pacific Theater of World War II. The film was directed by Roland Emmerich, who also produced the film with Harald Kloser, and was written by Wes Tooke.

Audiences loved “Midway,” giving it a 92% positive score on Rotten Tomatoes, higher than the other high-profile 2019 war movie “1917” and higher than almost every nominee for Best Picture at the 2020 Academy Awards.

Battleship is a 2012 American military science fiction action film loosely based on the board game of the same name. The film was directed by Peter Berg from a script by brothers Jon and Erich Hoeber.

In the film, the crews of a small group of warships are forced to battle against a naval fleet of extraterrestrial origin in order to thwart their destructive goals.

Under Siege is a 1992 American action thriller film directed by Andrew Davis and written by J. F. Lawton. It stars Steven Seagal as a former Navy SEAL who must stop a group of mercenaries, led by Tommy Lee Jones, on the U.S. Navy battleship Missouri.

K-19: The Widowmaker is a 2002 historical submarine film directed and produced by Kathryn Bigelow, and produced by Edward S. Feldman, Sigurjon Sighvatsson, Christine Whitaker, and Matthias Deyle with screenplay by Christopher Kyle.

When Russia’s first nuclear submarine malfunctions on its maiden voyage, the crew must race to save the ship and prevent a nuclear disaster.

U-571 is a 2000 submarine film directed by Jonathan Mostow from a screenplay he co-wrote with Sam Montgomery and David Ayer. The film, telling the story of a World War II German submarine boarded by American submariners to capture her Enigma cipher machine, does not represent any real events.

The Command is a 2018 disaster drama-thriller film directed by Thomas Vinterberg, based on Robert Moore’s book A Time to Die, about the true story of the 2000 Kursk submarine disaster.

The 2000 K-141 Kursk submarine disaster is followed by governmental negligence. As the sailors fight for survival, their families desperately battle political obstacles and impossible odds to save them.

Master and Commander: The Far Side of the World is a 2003 American epic period war-drama film co-written, produced and directed by Peter Weir, set during the Napoleonic Wars.

During the Napoleonic Wars, a brash British captain pushes his ship and crew to their limits in pursuit of a formidable French war vessel around South America.

Crimson Tide is a 1995 American action thriller film directed by Tony Scott and produced by Don Simpson and Jerry Bruckheimer. It takes place during a period of political turmoil in Russia, in which ultranationalists threaten to launch nuclear missiles at the United States and Japan.

The film focuses on a clash of wills between the seasoned commanding officer of a U.S. nuclear missile submarine and his new executive officer, arising from conflicting interpretations of an order to launch their missiles. The story parallels a real incident during the Cuban Missile Crisis.