10 Best Sports Movies Ever Made To Watch This Weekend

From The Karate Kid to Rocky, here are the best sports movies ever made. 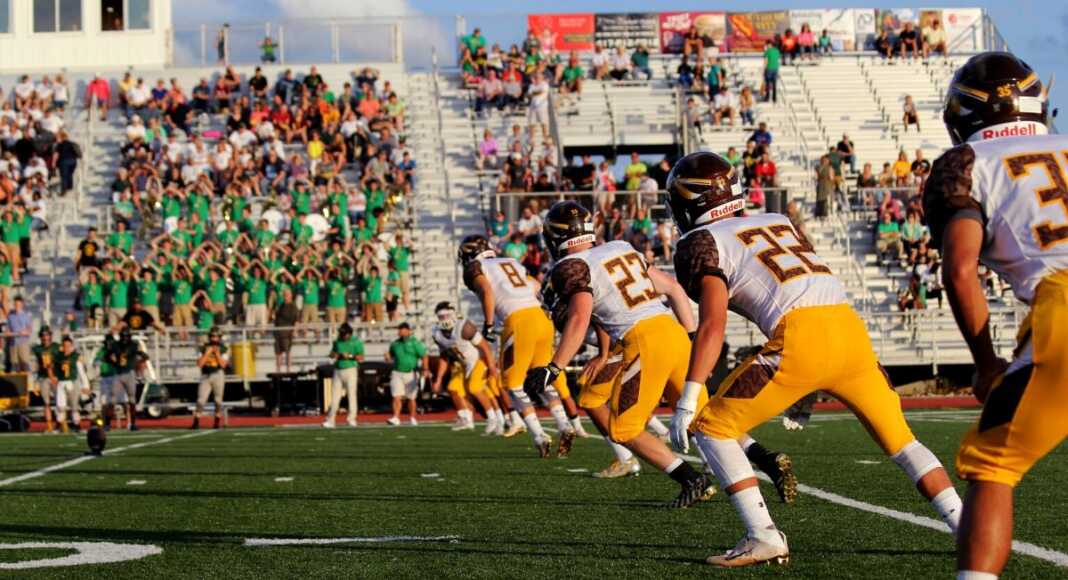 Are you looking for the best sports movies to watch with your friends? In a sports movie, any particular sport plays a prominent role in the film’s plot or acts as its central theme. Sports fans are not necessarily the target demographic in such movies, but sports fans tend to maintain a high following and esteem for such movies. So if you are a sports lover who loves these kinds of movies, we have come up with this list of the best sports movies ever made.

Best Sports Movies Ever Made

The plot follows a determined team of American and British engineers and designers, led by automotive designer Carroll Shelby and his British driver, Ken Miles, who are dispatched by Henry Ford II and Lee Iacocca with the mission of building the Ford GT40, a new racing car with the potential to finally defeat the perennially dominant Italian racing team Scuderia Ferrari at the 1966 24 Hours of Le Mans race in France.

Rocky is a 1976 American drama film directed by John G. Avildsen and written by and starring Sylvester Stallone. It is the first installment in the Rocky franchise. In the film, Rocky Balboa, an uneducated, small-time club fighter and debt collector gets an unlikely shot at the world heavyweight championship held by Apollo Creed.

American Underdog is a 2021 American biographical sports film about National Football League (NFL) quarterback Kurt Warner. Directed by Andrew and Jon Erwin, the film follows Warner’s journey as an undrafted player who ascended to winning Super Bowl XXXIV. It stars Zachary Levi as Warner, alongside Anna Paquin as his wife Brenda and Dennis Quaid as his head coach Dick Vermeil.

Moneyball is a 2011 American sports drama film directed by Bennett Miller and written by Steven Zaillian and Aaron Sorkin. The movie is based on the 2003 nonfiction book by Michael Lewis, an account of the Oakland Athletics baseball team’s 2002 season and their general manager Billy Beane’s attempts to assemble a competitive team.

In the movie, Beane and assistant general manager Peter Brand, faced with the franchise’s limited budget for players, build a team of undervalued talent by taking a sophisticated sabermetric approach to scouting and analyzing players.

Talladega Nights: The Ballad of Ricky Bobby is a 2006 American sports comedy film directed by Adam McKay and starring Will Ferrell, written by both McKay and Ferrell.

Number one NASCAR driver Ricky Bobby stays atop the heap thanks to a pact with his best friend and teammate, Cal Naughton, Jr. But when a French Formula One driver, makes his way up the ladder, Ricky Bobby’s talent and devotion are put to the test.

A League of Their Own is a 1992 American sports comedy-drama film directed by Penny Marshall that tells a fictionalized account of the real-life All-American Girls Professional Baseball League (AAGPBL).

The film shows two sisters joining the first female professional baseball league and struggling to help it succeed amid their own growing rivalry.

The Karate Kid is a 1984 American martial arts drama film written by Robert Mark Kamen and directed by John G. Avildsen. It is the first installment in the Karate Kid franchise, and stars Ralph Macchio, Pat Morita, Elisabeth Shue and William Zabka.

The Karate Kid follows Daniel LaRusso, a teenager taught karate by Mr. Miyagi to help defend himself and compete in a tournament against his bullies, one of whom is Johnny Lawrence, the ex-boyfriend of his love interest Ali Mills.

Hustle is a 2022 American drama film directed by Jeremiah Zagar, from a screenplay by Taylor Materne and Will Fetters. The film stars Adam Sandler as an NBA scout who discovers a raw but talented basketball player in Spain and tries to prepare him for the NBA draft.

Hoosiers is a 1986 American sports drama film written by Angelo Pizzo and directed by David Anspaugh in his feature directorial debut. It tells the story of a small-town Indiana high school basketball team that enters the state championship. It is inspired in part by the Milan High School team who won the 1954 state championship.