From The Invitation to Orphan Black, here is the best list of Michiel Huisman movies and tv shows. 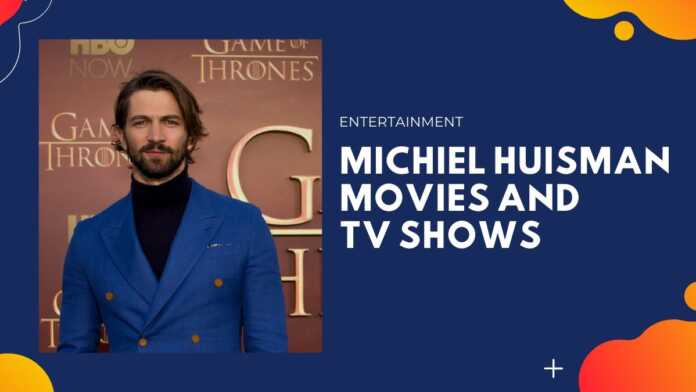 Are you looking for the list of best Michiel Huisman movies and tv shows? Michiel Huisman is a Dutch actor, musician, and singer-songwriter, who has acted in both Dutch and English language TV series and films.

He also played a supporting role in Black Book (2006). During the early years of his acting career, Huisman was also part of a band called Fontane.

Here is the complete list of the Michiel Huisman movies and tv shows that are worth watching.

1. The Age of Adaline

Adaline Bowman (Blake Lively) has miraculously remained a youthful 29 years of age for nearly eight decades, never allowing herself to get close to anyone lest they discover her secret.

However, a chance encounter with a charismatic philanthropist named Ellis Jones (Michiel Huisman) reawakens Adaline’s long-suppressed passion for life and romance. When a weekend with Ellis’ parents threatens to expose the truth, Adaline makes a decision that changes her life forever.

In 1946 a London-based writer begins exchanging letters with residents on the island of Guernsey, which was German-occupied during WWII. Feeling compelled to visit the island, she starts to get a picture of what it was like during the occupation.

A woman runs away from home and joins Doctor Jude, who works within the Ottoman Empire. She falls in love with an enemy, a lieutenant in the Ottoman Imperial Army, and has to make a decision.

While attending a dinner party at his former house, a man (Logan Marshall-Green) starts to believe that his ex-wife (Tammy Blanchard) and her new husband (Michiel Huisman) have sinister plans for the guests.

When Abbie is diagnosed with cancer, she embarks on a humorous mission to find a new love for Sam, her fiancé and best friend since childhood.

Two planes almost collide after a blinding flash of light paralyzes air traffic controller Dylan Branson for a few seconds. Suspended from his job, Dylan starts to notice a repetition of sounds and events in his life at exactly the same time every day.

An underlying pattern soon builds, drawing him into New York’s Grand Central Station daily at 2:22 p.m. Now drawn into a complex relationship with a woman, Dylan must figure out a way to break the power of the past and take control of time itself.

International agents and brave Ethiopians use a deserted retreat in Sudan as a front to smuggle thousands of refugees to Israel in the early 1980s.

A young woman born into an all-female cult beings to question the teachings of her leader.

1. The Haunting of Hill House

This modern reimagining of the Shirley Jackson novel follows siblings who, as children, grew up in what would go on to become the most famous haunted house in the country.

Now adults, they are forced back together in the face of tragedy and must finally confront the ghosts of their past. Some of those ghosts still lurk in their minds, while others may actually be stalking the shadows of Hill House.

2. Harley and the Davidsons

Harley-Davidson is probably the first thing that comes to most Americans’ minds when they think of motorcycles, but how many people know the story of how the iconic brand was born?

This fact-based miniseries tells of the obstacles and risks faced by company founders Walter Davidson, Arthur Davidson, and Bill Harley in the early days of the company.

The men sought to build their first bikes during a tumultuous time at the turn of the 20th century, which featured great social and technological change.

They risked everything for the venture, and it was the motorcycle that brought them together as they looked to achieve their common goal. As time went on, they fought off ruthless competitors on the way to building up their brand that would endure for more than a century.

Nine noble families wage war against each other in order to gain control over the mythical land of Westeros. Meanwhile, a force is rising after millenniums and threatens the existence of living men.

After witnessing the suicide of a girl who looks just like her, Sarah assumes her identity. But she soon discovers a compelling conspiracy that changes her life forever.