Best Spy Movies Of All Time To Watch This Weekend

From Red Notice to The Gray Man, here are the best spy movies to watch this weekend. 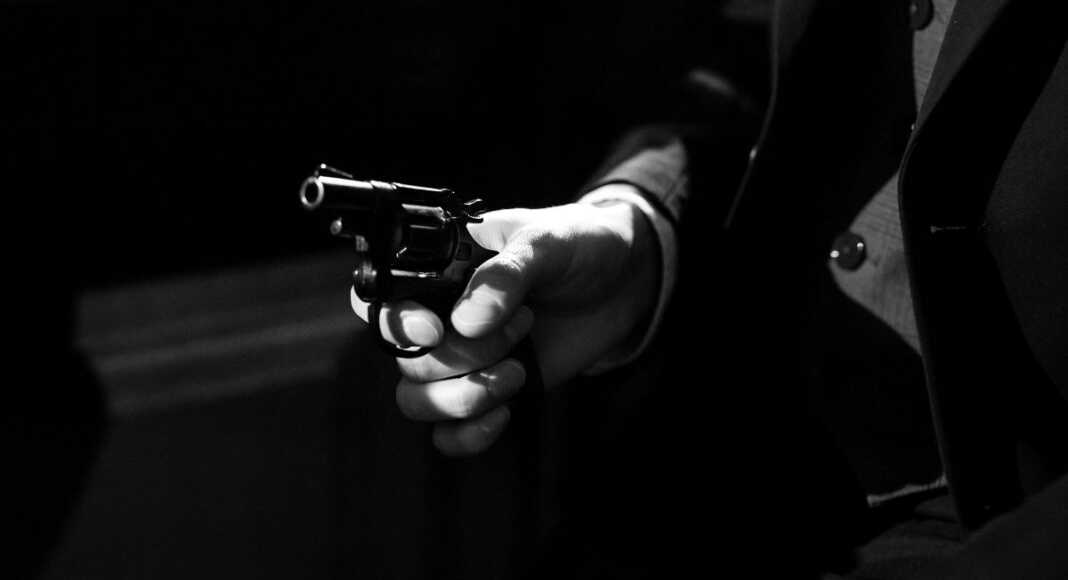 Are you looking for the best spy movies to watch this weekend? The best spy movies are unpredictable, this is why they are loved by most youth. Further, these movies make you feel like you are a secret agent while you enjoy the movie with your friends. For the people who love these kinds of movies, we have come up with this list of the best spy movies ever.

Best Spy Movies Of All Time

Bridge of Spies is a 2015 historical drama film directed and co-produced by Steven Spielberg, written by Matt Charman and the Coen brothers, and starring Tom Hanks in the lead role, Mark Rylance, Amy Ryan, and Alan Alda.

Set during the Cold War, the film tells the story of lawyer James B. Donovan, who is entrusted with negotiating the release of Francis Gary Powers – a U.S. Air Force convicted pilot whose U-2 spy plane was shot down over the Soviet Union in 1960 – in exchange for Rudolf Abel, a convicted Soviet KGB spy held by the United States, whom Donovan represented at trial.

Mission: Impossible is a 1996 American action spy film directed by Brian De Palma and produced by and starring Tom Cruise from a screenplay by David Koepp and Robert Towne and story by Koepp and Steven Zaillian.

A continuation of the 1966 television series of the same name and its 1988 sequel series, it is the first installment in the Mission: Impossible film series. In Mission: Impossible, Ethan Hunt seeks to uncover who framed him for the murders of most of his Impossible Missions Force team.

Kingsman: The Secret Service is a 2014 action spy comedy film directed by Matthew Vaughn from a screenplay by Jane Goldman and Vaughn. It is based on the comic book of the same name by Mark Millar and Dave Gibbons.

The film follows Gary “Eggsy” Unwin’s recruitment and training into a secret spy organization. Eggsy joins a mission, in brutal and comedic fashion, to tackle a global threat from Richmond Valentine, a wealthy megalomaniac and eco-terrorist wanting to deal with climate change by wiping out most of humanity.

Tinker Tailor Soldier Spy is a 2011 Cold War spy thriller film directed by Tomas Alfredson. The screenplay was written by Bridget O’Connor and Peter Straughan, based on John le Carré’s 1974 novel of the same name.

This is one of the best spy movies which stars Gary Oldman as George Smiley, with Colin Firth, Tom Hardy, John Hurt, Toby Jones, Mark Strong, Benedict Cumberbatch, Ciarán Hinds, David Dencik, and Kathy Burke supporting. It is set in London in the early 1970s and follows the hunt for a Soviet double agent at the top of the British secret service.

Casino Royale is a 2006 spy film, the twenty-first in the Eon Productions James Bond series, and the third screen adaptation of Ian Fleming’s 1953 novel of the same name. Directed by Martin Campbell and written by Neil Purvis, Robert Wade and Paul Haggis, it is the first film to star Daniel Craig as fictional MI6 agent James Bond.

Casino Royale takes place at the beginning of Bond’s career as Agent 007, as he is earning his license to kill. The plot has Bond on an assignment to bankrupt terrorist financier Le Chiffre in a high-stakes poker game at the Casino Royale in Montenegro. Bond falls in love with Vesper Lynd, a treasury employee assigned to provide the money he needs for the game.

Skyfall is a 2012 spy film and the twenty-third in the James Bond series produced by Eon Productions. It was directed by Sam Mendes and written by Neal Purvis, Robert Wade, and John Logan and features the theme song “Skyfall”, co-written and performed by Adele.

The story centers on Bond investigating an attack on MI6 that leads to a wider plot by former agent Raoul Silva to discredit and kill M as revenge for abandoning him. It sees the return of two recurring characters after an absence of two films: Q (played by Ben Whishaw) and Miss Moneypenny (played by Naomie Harris).

The Bourne Identity is a 2002 action-thriller film based on Robert Ludlum’s 1980 novel. It was directed and co-produced by Doug Liman and written by Tony Gilroy and William Blake Herron. It stars Matt Damon as Jason Bourne, a man suffering from psychogenic amnesia attempting to discover his identity amidst a clandestine conspiracy within the CIA.

Safe House is a 2012 American action thriller film directed by Daniel Espinosa. This is one of the best spy movies which follows Matt Weston, a CIA officer on a low-level posting in Cape Town who is in charge of a safe house where the CIA is interrogating Tobin Frost, a veteran operative who has allegedly betrayed the agency.

When the safe house is attacked by mercenaries who kill most of the operatives, Weston flees with Frost in his charge so they are now on the run. As the team of killers, who seem to be one step ahead of the pair track them throughout Cape Town, Weston wonders who to trust.

Die Another Day is a 2002 spy film and the twentieth film in the James Bond series produced by Eon Productions. It was produced by Michael G. Wilson and Barbara Broccoli, and directed by Lee Tamahori.

It follows Bond as he attempts to locate a mole in British intelligence who betrayed him and a British billionaire who is later revealed to be connected to a North Korean operative whom Bond seemingly killed.

The Gray Man is a 2022 American action thriller film directed by Anthony and Joe Russo, from a screenplay the latter co-wrote with Christopher Markus and Stephen McFeely, based on the 2009 novel of the same name by Mark Greaney.

The film focuses on the CIA Agent “Sierra Six”, who is on the run from sociopathic ex-CIA Agent and mercenary Lloyd Hansen upon discovering corrupt secrets about his superior.

Tenet is a 2020 science fiction spy action thriller film directed, written, and co-produced by Christopher Nolan with his wife Emma Thomas. The film follows a CIA agent who learns how to manipulate the flow of time to prevent an attack from the future that threatens to annihilate the present world.

Red Notice is a 2021 American action comedy film written, directed, and produced by Rawson Marshall Thurber and Dwayne Johnson, who also stars in the film alongside Ryan Reynolds and Gal Gadot and Ritu Arya. In the film, an FBI agent reluctantly teams up with a renowned art robber in order to catch an even more notorious robber.