From The Tall Guy to Johnny English, here are the best Rowan Atkinson movies and tv shows. 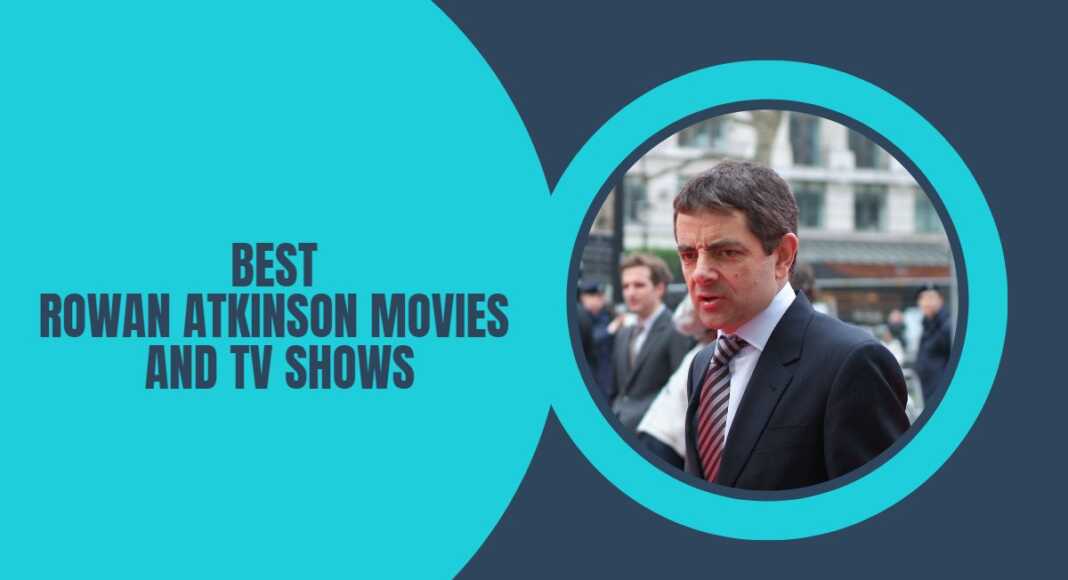 Best Rowan Atkinson Movies and TV shows: Rowan Atkinson is a British actor, comedian, and writer who is best known for his portrayal of the character Mr. Bean in television series and films of the same name.

In 1990, Atkinson created and starred in the television series Mr. Bean, which quickly became a global hit. The series ran for 14 episodes and was followed by two feature films, “Bean” and “Mr. Bean’s Holiday.”

Atkinson is known for his unique brand of physical comedy. He has been recognized with numerous awards and honors throughout his career, including multiple BAFTA Awards and a special award from the British Academy of Film and Television Arts.

Atkinson is also a car enthusiast. He is also a philanthropist, supporting several charitable causes including the Prince’s Trust, UNICEF, and the Royal Shakespeare Company.

Here is the list of the best Rowan Atkinson movies and tv shows that are worth watching.

Bean is a 1997 comedy film directed by Mel Smith and written by Richard Curtis and Robin Driscoll. Based on the British sitcom series Mr. Bean created by Rowan Atkinson and Curtis, the film stars Atkinson in the title role.

In the movie, Bean works as a security guard at the National Gallery in London before being sent to the United States to talk about the unveiling of James Abbott McNeill Whistler’s 1871 painting Whistler’s Mother.

Mr. Bean’s Holiday is a 2007 comedy film directed by Steve Bendelack and written by Hamish McColl and Robin Driscoll, from a story penned by Simon McBurney.

Based on the British sitcom series Mr. Bean created by Rowan Atkinson and Richard Curtis, it is a standalone sequel to Bean (1997). The film stars Atkinson in the title role, with Max Baldry, Emma de Caunes, Willem Dafoe and Karel Roden in supporting roles.

In the movie, Bean wins a holiday to France and sets out on his journey. However, when he unknowingly separates a father-son duo, he decides to reunite them.

Johnny English is a 2003 spy comedy film directed by Peter Howitt and written by Neal Purvis, Robert Wade and William Davies. Starring Rowan Atkinson in the title role, Natalie Imbruglia, Ben Miller and John Malkovich, it is the first installment of the Johnny English film series.

An evil smuggler plans to steal the Crown Jewels of the United Kingdom. After the country’s top agents are killed, the only remaining hope is Johnny English, a rather unintelligent spy.

Johnny English Reborn is a 2011 spy action comedy film directed by Oliver Parker and written by Hamish McColl from a story by William Davies.

A sequel to Johnny English (2003) and the second instalment in the Johnny English series, it is a British-American venture produced by StudioCanal, Relativity Media and Working Title Films, and distributed by Universal Pictures.

A bumbling British secret agent is sent to fight an international group of assassins and unravel a conspiracy involving the Russian secret police, the CIA and the MI-7 itself.

When a hacker breaks into the government database and exposes the active undercover agents in Britain, Johnny English is hired to catch the culprit.

The Tall Guy is a 1989 British romantic comedy and the feature film debut of screenwriter Richard Curtis and director Mel Smith. It was produced by London Weekend Television for theatrical release and stars Jeff Goldblum, Emma Thompson and Rowan Atkinson.

An American actor (Jeff Goldblum) in London meets a nurse (Emma Thompson) and stars in a musical version of “The Elephant Man.”

Keeping Mum is a 2005 British black comedy film co-written and directed by Niall Johnson and starring Rowan Atkinson, Kristin Scott Thomas, Maggie Smith and Patrick Swayze. It was produced by Isle of Man Film, Azure Films and Tusk Productions, and was released in the United Kingdom on 2 December 2005, by Summit Entertainment.

Walter Goodfellow, a vicar, is so busy composing an ideal sermon that he doesn’t realize that his family needs him badly. However, things take a turn with the arrival of his new housekeeper.

Mr. Bean is a British sitcom created by Rowan Atkinson and Richard Curtis, produced by Tiger Aspect and starring Atkinson as the title character. The sitcom consists of 15 episodes that were co-written by Atkinson alongside Curtis and Robin Driscoll.

The childish Mr Bean uses his unusual wit to fulfil everyday tasks. But more often than not, he ends up creating trouble for himself and those around him.

Maigret is a British television series from ITV. It is an adaptation of the books by Georges Simenon featuring his fictional French detective Jules Maigret, played by Rowan Atkinson.

Jules Maigret is a highly-skilled detective of the Paris Brigade Criminelle. He comes up with strategies to capture criminals lurking the streets of France and bring the guilty to justice.

The Thin Blue Line is a British sitcom which aired on BBC One from 1995 to 1996. It was created and written by Ben Elton, and starred Rowan Atkinson.

The Gasforth police station often is the scene of comic discord between the uniformed officers led by Inspector Raymond Fowler and the detectives under the supervision of Detective Inspector Derek Grim.

Man vs. Bee is a 2022 British comedy streaming television series created and written by Rowan Atkinson and William Davies. The show consists of nine episodes, each of them directed by David Kerr.

A homeless man looking for work is mistaken by a businesswoman for her new house sitter. Wacky hi-jinks ensue as he tries to take care of this house while pursued by a mischievous bee.