From Squid Game to Stranger Things, here are the best TV Shows to binge watch. 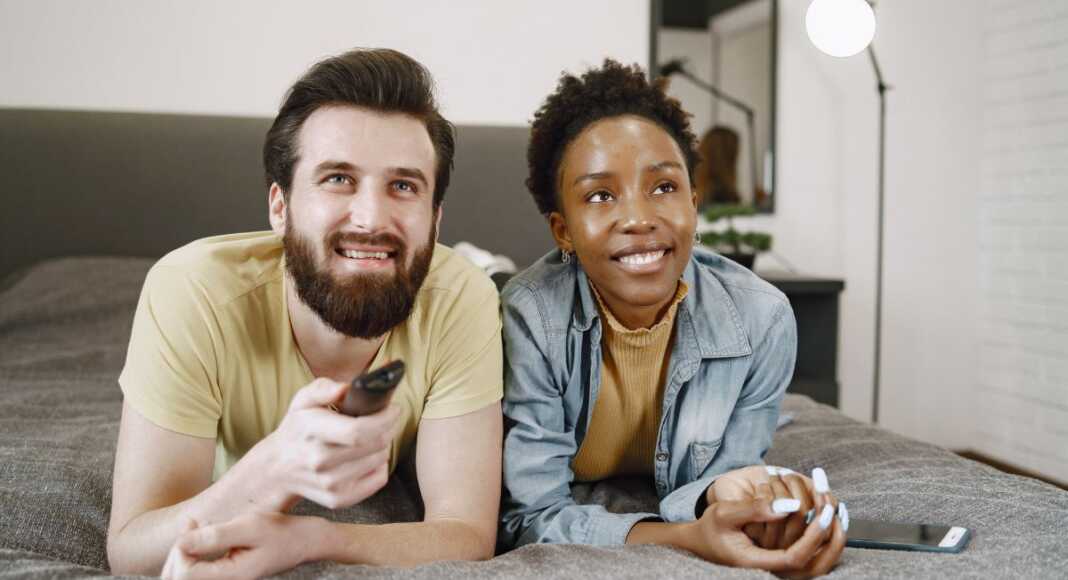 Are you looking for the best TV Shows to binge-watch? Binge-watching is the act of watching several episodes of a TV show in one sitting. Whether you’ve been binge-watching your whole life or recently slid into the habit, there are some shows that are just perfect to mainline as quickly as possible. Here is the list of best tv shows to binge-watch.

Game of Thrones is an American fantasy drama television series created by David Benioff and D. B. Weiss for HBO. It is an adaptation of A Song of Ice and Fire, a series of fantasy novels by George R. R. Martin, the first of which is A Game of Thrones.

Set on the fictional continents of Westeros and Essos, Game of Thrones has a large ensemble cast and follows several story arcs throughout the course of the show.

The first major arc concerns the Iron Throne of the Seven Kingdoms of Westeros through a web of political conflicts among the noble families either vying to claim the throne or fighting for independence from whoever sits on it.

A second focuses on the last descendant of the realm’s deposed ruling dynasty, who has been exiled to Essos and is plotting to return and reclaim the throne. The third follows the Night’s Watch, a military order defending the realm against threats from beyond Westeros’s northern border.

Breaking Bad is an American crime drama television series created and produced by Vince Gilligan. The series follows Walter White, an underpaid, overqualified, and dispirited high-school chemistry teacher who is struggling with a recent diagnosis of stage-three lung cancer.

White turns to a life of crime and partners with a former student, Jesse Pinkman, to produce and distribute crystal meth to secure his family’s financial future before he dies, while navigating the dangers of the criminal underworld.

Friends is an American television sitcom created by David Crane and Marta Kauffman, which aired on NBC from September 22, 1994, to May 6, 2004, lasting ten seasons.

Stranger Things is an American science fiction horror drama television series created by the Duffer Brothers, who also serve as showrunners and are executive producers along with Shawn Levy and Dan Cohen.

Set in the 1980s, primarily in the fictional town of Hawkins, Indiana, the series centers on a number of mysteries and supernatural events occurring around the town and their impact on an ensemble of child and adult characters.

The series is primarily based on the appendices of The Lord of the Rings, which include a discussion of the Second Age, and Tolkien’s grandson Simon Tolkien consulted on the development of the series.

House of the Dragon is an American fantasy drama television series. A prequel to Game of Thrones (2011–2019), it is the second show in the franchise, created by George R. R. Martin and Ryan Condal for HBO.

Both series are based on the A Song of Ice and Fire novels by Martin. Condal and Miguel Sapochnik are the showrunners. Based on parts of the novel Fire & Blood, the series is set about 200 years before the events of Game of Thrones, and 172 years before the birth of Daenerys Targaryen.

It portrays the beginning of the end of House Targaryen, the events leading up to and covering the Targaryen war of succession, known as the “Dance of the Dragons”.

Thirteen episodes have been produced, with four three-part series airing from 2010 to 2017 and a special episode that aired on 1 January 2016. The series is set in the present day, while the one-off special features a Victorian period fantasy resembling the original Holmes stories.

The Big Bang Theory is an American television sitcom created by Chuck Lorre and Bill Prady, both of whom served as executive producers on the series, along with Steven Molaro, all of whom also served as head writers.

The show originally centered on five characters living in Pasadena, California: Leonard Hofstadter and Sheldon Cooper, both physicists at Caltech, who share an apartment; Penny, a waitress and aspiring actress who lives across the hall; and Leonard and Sheldon’s similarly geeky and socially awkward friends and co-workers, aerospace engineer Howard Wolowitz and astrophysicist Raj Koothrappali.

The 100 is an American post-apocalyptic science fiction drama television series that premiered on March 19, 2014 on The CW, and ended on September 30, 2020.

Developed by Jason Rothenberg, the series is loosely based on the young adult novel series of the same name by Kass Morgan. The 100 follows post-apocalyptic survivors from a space habitat, the Ark, who return to Earth nearly a century after a devastating nuclear apocalypse.

The first people sent to Earth are a group of juvenile delinquents who encounter descendants of survivors of the nuclear disaster on the ground.

Squid Game is a South Korean survival drama television series created by Hwang Dong-hyuk for Netflix. The series revolves around a contest where 456 players, all of whom are in deep financial hardship, risk their lives to play a series of deadly children’s games for the chance to win a ₩45.6 billion prize.

The title of the series draws from a similarly named Korean children’s game. Hwang had conceived of the idea based on his own economic struggles early in life, as well as the class disparity in South Korea and capitalism.

Though he had initially written it in 2009, he was unable to find a production company to fund the idea until Netflix took an interest around 2019 as part of their drive to expand their foreign programming offerings.