From Midway to Careful What You Wish For, here are the best Nick Jonas movies and tv shows. 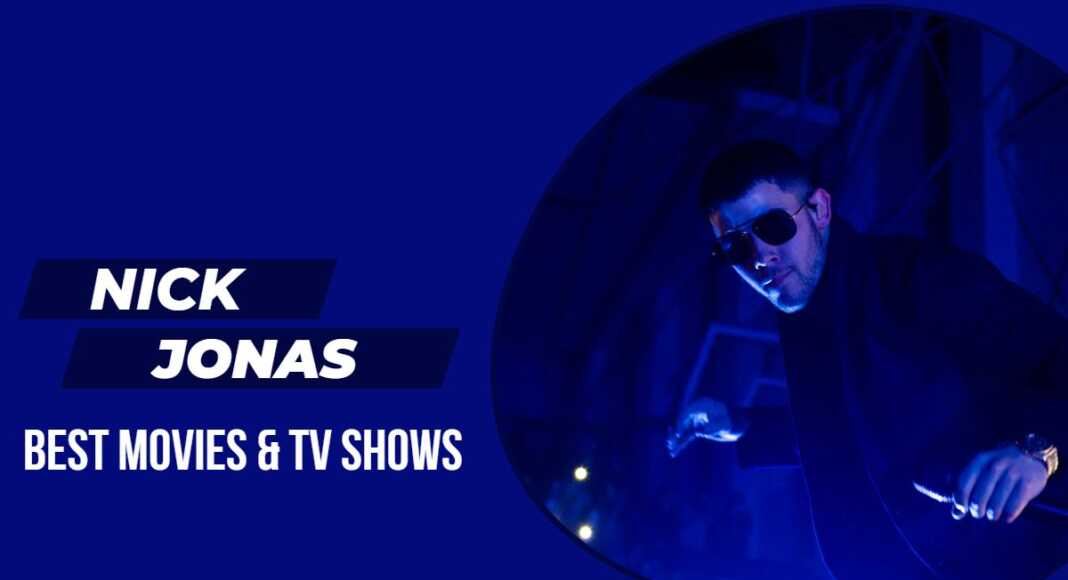 Best Nick Jonas Movies And TV Shows: Are you looking for the best Nick Jonas Movies and TV Shows to watch this weekend? Nicholas Jerry Jonas is an American singer, songwriter and actor. Jonas began acting on Broadway at the age of seven, and released his debut single in 2002 – this caught the attention of Columbia Records, where Jonas formed a band with his older brothers, Kevin and Joe, known as the Jonas Brothers.

Here is the complete list of the best Nick Jonas movies and tv shows that are worth watching.

It is the third installment of the Jumanji franchise, after Zathura: A Space Adventure (2005), and a direct sequel to Jumanji (1995), which was based on the 1981 children’s book of the same name by Chris Van Allsburg.

When four students play with a magical video game, they are drawn to the jungle world of Jumanji, where they are trapped as their avatars. To return to the real world, they must finish the game.

Midway is a 2019 war film about the Battle of Midway, a turning point in the Pacific Theater of World War II. The film was directed by Roland Emmerich, who also produced the film with Harald Kloser, and was written by Wes Tooke.

The decisive plunge taken by the United States Navy under the directives of iron-willed admirals helps defeat the Japanese fleet near Midway Atoll.

Jumanji: The Next Level is a 2019 American fantasy action-comedy film directed by Jake Kasdan and co-written by Jeff Pinkner, and Scott Rosenberg. It is a sequel to 2017’s Jumanji: Welcome to the Jungle, the second follow-up to 1995’s Jumanji, and is the fourth installment in the Jumanji franchise.

When Spencer goes missing, his friends return to Jumanji to travel to unexplored territories and help him escape the world’s most dangerous game.

Goat is a 2016 American drama film directed by Andrew Neel and written by David Gordon Green, Neel, and Mike Roberts. It is based on the book Goat: A Memoir by Brad Land.

Enticed by Brett’s popularity in school after joining a fraternity, his brother Brad decides to join too. However, the brutal initiation process into the brotherhood tests his loyalty to his brother.

UglyDolls is a 2019 computer-animated musical adventure-comedy film directed by Kelly Asbury and written by Alison Peck, from a story by Robert Rodriguez, who also produced. It is based on the plush toys of the same name by David Horvath and Sun-Min Kim, who were the original producers of this movie.

The free-spirited Moxy and her Ugly Doll friends embark on a journey beyond the comfortable borders of Uglyville. However, they face many struggles and learn important life lessons.

Chaos Walking is a 2021 American science fiction dystopian action film directed by Doug Liman from a screenplay by Patrick Ness and Christopher Ford. It is based on Ness’s science fiction trilogy Chaos Walking, adapting its first book, 2008’s The Knife of Never Letting Go.

Viola crash lands on a planet where all the women have been killed and all the men can hear each other’s thoughts. Once there, she meets Todd who protects her from the clutches of an evil mayor.

Night at the Museum: Battle of the Smithsonian, or simply Night at the Museum 2, is a 2009 American fantasy action comedy film written by Robert Ben Garant and Thomas Lennon, produced by Chris Columbus, Michael Barnathan and Shawn Levy and directed by Levy.

Larry Daley has to infiltrate the Smithsonian Institution to rescue Jedediah and Octavius after they are accidentally shipped there along with a few artefacts.

Thriller: The summer was full of reckless possibilities for Doug, until he meets Mr Harper and his beautiful wife Lena. Starring: Nick Jonas, Dermot Mulroney.

Jonas is a Disney Channel Original Series created by Michael Curtis and Roger S. H. Schulman, starring the Jonas Brothers. The show follows the Jonas Brothers through fun and unusual situations as they try to live ordinary lives.

Kingdom is an American drama television series created by Byron Balasco. Alvey Kulina, a retired MMA fighter, runs his own mixed martial arts gym. However, he must also keep his family together in the midst of various problems going on in his life.

Hawaii Five-0 is an American action police procedural television series that centers around a special police major crimes task force operating at the behest of the governor of Hawaii. An elite federalized task force sets out on a mission to wipe out the crime on the sun-drenched beaches of the islands of Hawaii.