Best Musical Movies of All Time To Watch Right Now

From Aladdin to West Side Story, here is the list of best musical movies of all time. 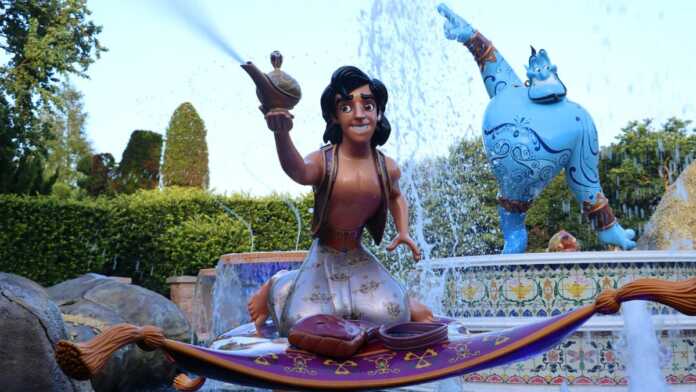 Best Musical Movies of All Time: Musical movies are a popular and distinct film genre that features music and dance in varying combinations. These movies often have a romantic/dramatic plot with a happy ending and that’s why musical movies are almost always a treat.

Best Musical Movies of All Time

Matilda the Musical is a 2022 musical fantasy comedy film directed by Matthew Warchus from a screenplay by Dennis Kelly, based on the stage musical Roald Dahl’s Matilda by Kelly and Tim Minchin, itself based on the 1988 novel Matilda by Roald Dahl.

Matilda the Musical tells the story of an extraordinary girl, with a vivid imagination, who dares to take a stand to change her story with miraculous results.

Sing 2 features songs from many artists, most of which are performed diegetically. The story is set after the events of the previous film with Buster Moon and his group putting on a show in Redshore City while working to impress an entertainment mogul and enlist a reclusive rock star to perform with the group.

The film is based on the story and life of P.T. Barnum, a famous showman and entertainer, and his creation of the Barnum & Bailey Circus and the lives of its star attractions.

La La Land is a 2016 American romantic musical comedy-drama film written and directed by Damien Chazelle. It stars Ryan Gosling and Emma Stone as a struggling jazz pianist and an aspiring actress, respectively, who meet and fall in love while pursuing their dreams in Los Angeles.

West Side Story is a 2021 American musical romantic drama film directed and co-produced by Steven Spielberg from a screenplay by Tony Kushner. It is the second feature-length adaptation of the 1957 stage musical of the same name.

Love at first sight strikes when young Tony spots Maria at a high school dance in 1957 New York City. Their burgeoning romance helps to fuel the fire between the warring Jets and Sharks – two rival gangs vying for control of the streets.

Mamma Mia! is a 2008 jukebox musical romantic comedy film directed by Phyllida Lloyd and written by Catherine Johnson, based on her book from the 1999 musical of the same name. The plot follows a young bride-to-be who invites three men to her upcoming wedding, with the possibility that any of them could be her father.

Chicago centers on Roxie Hart (Zellweger) and Velma Kelly (Zeta-Jones), two murderers who find themselves in jail together awaiting trial in 1920s Chicago. Roxie, a housewife, and Velma, a vaudevillian, fight for the fame that will keep them from the gallows.

In the Heights is a 2021 American musical drama film directed by Jon M. Chu from a screenplay by Quiara Alegría Hudes based on the stage musical of the same name by Hudes and Lin-Manuel Miranda.

The film follows a similar plot to the musical, telling the story of a corner in the predominantly Dominican Washington Heights neighborhood of Upper Manhattan in New York City, where every member of the community pursues their sueñitos (little dreams) for a better life.

Eurovision Song Contest: The Story of Fire Saga is a 2020 American musical comedy film directed by David Dobkin, and written by Will Ferrell and Andrew Steele.

The film follows the personally close Icelandic singers Lars Erickssong and Sigrit Ericksdóttir as they are given the chance to represent their country at the Eurovision Song Contest.

Beauty and the Beast is a 2017 American musical romantic fantasy film directed by Bill Condon from a screenplay by Stephen Chbosky and Evan Spiliotopoulos. The film is a live-action adaptation of Disney’s 1991 animated film of the same name, itself an adaptation of Jeanne-Marie Leprince de Beaumont’s 1756 version of the fairy tale.

Belle, a village girl, embarks on a journey to save her father from a creature that has locked him in his dungeon. Eventually, she learns that the creature is an enchanted prince who has been cursed.

It tells the story of Moana, the strong-willed daughter of a chief of a Polynesian village, who is chosen by the ocean itself to reunite a mystical relic with the goddess Te Fiti.

When a blight strikes her island, Moana sets sail in search of Maui, a legendary demigod, in the hope of returning the relic to Te Fiti and saving her people. The plot is original but takes inspiration from Polynesian myths.

Aladdin is a 2019 American musical fantasy film produced by Walt Disney Pictures. Directed by Guy Ritchie, from a script he co-wrote with John August. It is a live-action adaptation of Disney’s 1992 animated film of the same name, which itself is based on the eponymous tale from One Thousand and One Nights.

The plot follows Aladdin, a street urchin, as he falls in love with Princess Jasmine, befriends a wish-granting Genie, and battles the wicked sorcerer Jafar.