Best Zombie Movies On Netflix To Watch This Weekend

From Warm Bodies To Army of the Dead, here are the best Zombie movies on Netflix this weekend. 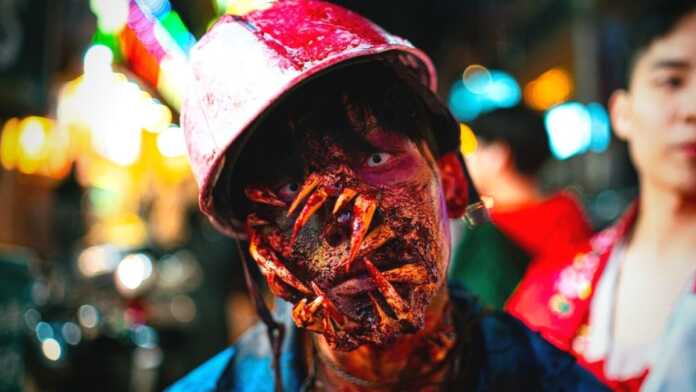 If you are a fan of Zombie movies, it may be good to take a quick trip to the Netflix homepage. You will be able to access some of the best zombie movies on Netflix and some of them are really good.

Some of the best zombie movies available on Netflix are Zombieland, World War Z, Train to Busan. One of my personal favorite Zombie movie on Netflix is World War Z. The film is action-packed with all the intriguing elements required to keep you hooked up.

Gerry, a former United Nations employee, unexpectedly finds himself in a race against time as he investigates a threatening virus that turns humans into zombies.

Columbus, a college student, joins forces with three eccentric strangers to survive the zombie apocalypse and travel through the southwestern USA to a safe haven.

After a zombie outbreak in Las Vegas, a group of mercenaries takes the ultimate gamble by venturing into the quarantine zone for the greatest heist ever.

It is based on the 2019 script Alone by Matt Naylor, who co-adapted his script with Cho. The film revolves around a video game live streamer’s struggle for survival as he is forced to stay alone at his apartment in Seoul during a zombie apocalypse.

Seok-woo and his daughter are on a train to Busan on the latter’s birthday to see his wife. However, the journey turns into a nightmare when they are trapped amidst a zombie outbreak in South Korea.

Stranded in rural Australia in the aftermath of a violent pandemic, an infected father desperately searches for a new home for his infant child and a means to protect her from his own changing nature.

At a scavenger party, R, a zombie, meets Julie and feels strangely protective of her. As he begins to regain his human tendencies, their love is threatened by the very difference of their existence.

Centerville, an ordinary and peaceful town, starts experiencing a zombie apocalypse and the townspeople are at a loss as to what to do.