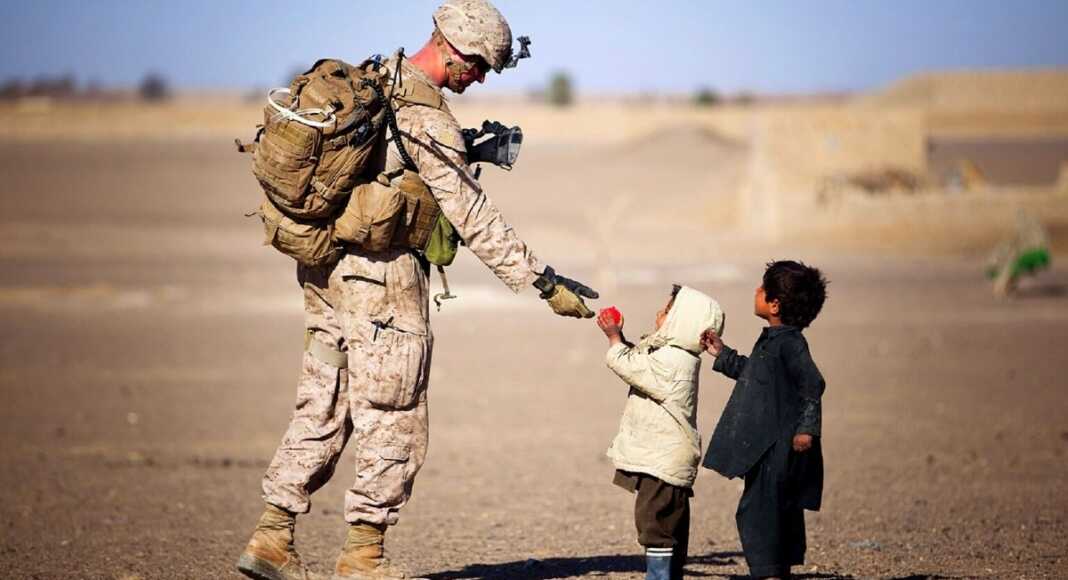 Looking for the best military tv shows to watch this weekend? No need to worry as we have listed the 10 best military dramas that are worth watching.

On this list, we will focus on military dramas that feature military teams working towards protecting their countries from threats in real-life combat situations or working to protect the members of the military in a different capacity be it support, medical or legal.

Our Girl is a British television military drama series, written and created by Tony Grounds. It was first broadcasted on BBC One on 24 March 2013. The series initially starred Lacey Turner as Molly Dawes, a young working-class woman, who joins the British Army after deciding her life is going down the drain.

Molly, a young woman, has a very stagnant life and eventually decides to join the army. She is deployed as an army medic during the British army’s withdrawal from Afghanistan.

If you are looking for a female-led army TV series that has all the attributes of a great military drama then you should definitely give Our Girl a shot.

SEAL Team is an American military action drama television series created by Benjamin Cavell. The series is produced by CBS Television Studios and began airing on CBS on September 27, 2017.

An elite unit of Navy SEALs plans and executes some of the most dangerous high-stakes missions at a moment’s notice. However, the pressure of these assignments takes a toll on them and their families.

With the fourth season currently airing on CBC, SEAL Team should definitely be one of the best Navy SEAL TV shows out there and has everything from solid characters to compelling storylines and great action sequences.

Strike Back is a joint venture between America’s Cinemax and the UK’s Sky One in the form of a thrilling, action-filled TV series that premiered in 2010 and concluded its eighth season run in 2020.

Strike Back tells the story of John Porter, a British special forces soldier, is stripped of his position for sparing the life of a boy linked with terrorists. However, he is called back to thwart an international terrorist plot.

If you want to see a British take on a covert unit doing what they do best, then you definitely should check out Strike Back. It has everything you would want in a military TV show.

The Brave follows a team of operatives in the field and a team of analysts back in D.C. who work together seamlessly to complete dangerously and at times seemingly impossible missions to ensure the safety of the U.S. and its citizens.

This show shows the complex world of our bravest military heroes who make personal sacrifices while executing the most challenging and dangerous missions behind enemy lines.

Despite the show only having aired one season and getting canceled afterward, The Brave will definitely be worth your time. If you are a fan of the military drama genre then you will love The Brave.

Six is another best military TV series title from the History channel. If you are a fan of TV shows about Navy SEALS or are just interested in the U.S. armed forces, then you probably have heard of the famed SEAL Team Six.

Six shows the story of Navy SEAL Team Six attempt to eliminate a Taliban leader in Afghanistan when they discover an American citizen working with the enemy.

Whether you want to know a bit more about the day-to-day lives of SEAL Team Six or just like military shows, give Six a watch. It has great action scenes and an engaging plot that will keep you entertained for the two seasons of the series.

Combat Hospital is a Canadian/American medical drama television series, filmed in Toronto, that debuted on Global in Canada and ABC in the United States on June 21, 2011. In the United States, it aired on ABC. Its final episode was broadcast on September 6, 2011.

The show follows the lives of the hospital’s resident doctors and nurses as they navigate their way through the relentless life-and-death battles on the operating table.

Though the series ran only for one season through the 13 episodes we saw what life is like on an international military base full of soldiers and civilians of all walks of life.

68 Whiskey is an American military comedy-drama television series created by Roberto Benabib. Based on the Israeli television series Charlie Golf One, which premiered on January 15, 2020 on the Paramount Network. In September 2020, the series was canceled after one season.

Army medics are deployed to a base in Afghanistan nicknamed “The Orphanage”; together, they endure a dangerous world that leads to self-destructive appetites, outrageous behavior, intense camaraderie, and, occasionally, a profound sense of purpose.

So if you want to see all the nuances of being an army medic in a warzone including the often dangerous and absurd situations these medics find themselves in then you should definitely give 68 Whiskey a shot. It’s not only a great military TV show but also a comedy series.

The Unit is an American action-drama television series created by David Mamet that aired on CBS from March 7, 2006, to May 10, 2009 with a total of four seasons and 69 episodes. The series focuses on a top-secret military unit modeled after the real-life U.S. Army special operations unit commonly known as Delta Force.

The Unit centers on the U.S. Army special operations unit more commonly known as Delta Force or simply as the unit. Similarly, to SEALs, Delta Force soldiers are another spec ops military unit that takes on only the most secret and dangerous missions.

On The Unit, we see all that unfold as we follow one such Delta Force unit stationed at the fictional Fort Griffith Army base. As well as get a glimpse into the rigorous training it takes to become a Delta Force operator. And see the unique daily lives of the members of this unit and their families.

CBS really knows what they are doing with their military dramas so you know that you’re in for four seasons of fun, action, and top-secret missions.

Enlisted is an American comedy television series that premiered January 10, 2014, on Fox. Fox placed a 13-episode order for the single-camera comedy in May 2013. Despite low ratings, the show received critical acclaim.

Once on the path toward a great military career, Sgt. Pete Hill makes a mistake that gets him booted to Fort McGee in Florida, where his two younger brothers are stationed. Cpl. Derrick Hill is the second-oldest, a smart, sarcastic troublemaker who doesn’t care about his job.

Their younger brother, Pvt. Randy Hill, on the other hand, is hyperenthusiastic — a goofy guy intent on being the ideal soldier. As part of the Rear Detachment Unit, the Hills handle what needs to be done on the base and care for the families of deployed soldiers — while strengthening their old childhood bonds.

Despite it being a military show, Enlisted is much lighter in tone than the rest of the series on this list.

The Code is an American military drama television series created by Craig Sweeny and Craig Turk. The military legal drama was ordered to series on May 11, 2018 by CBS. The series premiered on April 9, 2019. In July 2019, CBS canceled the series after one season.

The military’s brightest minds take on the United States’ toughest legal challenges, inside the courtroom and out, in the only law office in the world where every attorney is trained as a prosecutor, a defense lawyer, an investigator – and a Marine.

Operating out of Judge Advocate General Headquarters in Quantico, these active-duty Marines are attorneys who have chosen to serve their country in pursuit of military justice at home and abroad, often having to put aside their ideas for the sake of the truth.