Best Fantasy Movies of All Time

From Avatar to The Shape of Water, here is the list of best fantasy movies of all time. 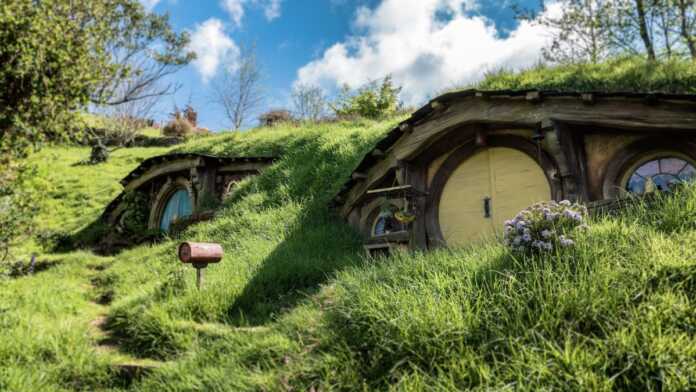 Fantasy movies belong to the fantasy genre with fantastic themes, usually magic, supernatural events, mythology, folklore, or exotic fantasy worlds. The genre is considered a form of speculative fiction alongside science fiction films and horror films, although the genres do overlap.

Best Fantasy Movies of All Time

Set three years after the events of Star Wars, the film recounts the battle between the malevolent Galactic Empire, led by the Emperor, and the Rebel Alliance, led by Princess Leia. Luke Skywalker trains to master the Force so he can confront the powerful Sith lord, Darth Vader.

The film is the first installment in The Lord of the Rings trilogy. Set in Middle-earth, the story tells of the Dark Lord Sauron, who seeks the One Ring, which contains part of his might, to return to power.

The Ring has found its way to the young hobbit Frodo Baggins. The fate of Middle-earth hangs in the balance as Frodo and eight companions (who form the Fellowship of the Ring) begin their journey to Mount Doom in the land of Mordor, the only place where the Ring can be destroyed.

Avatar is a 2009 American epic science fiction film directed, written, produced, and co-edited by James Cameron. It is set in the mid-22nd century when humans are colonizing Pandora, a lush habitable moon of a gas giant in the Alpha Centauri star system, in order to mine the valuable mineral unobtanium.

The expansion of the mining colony threatens the continued existence of a local tribe of Na’vi – a humanoid species indigenous to Pandora. The film’s title refers to a genetically engineered Na’vi body operated from the brain of a remotely located human that is used to interacting with the natives of Pandora.

Up is a 2009 American computer-animated film produced by Pixar Animation Studios and released by Walt Disney Pictures. The film was directed by Pete Docter, co-directed by Bob Peterson, and produced by Jonas Rivera.

The film centers on elderly widower Carl Fredricksen (Asner) and Wilderness Explorer Russell (Nagai), who go on a journey to South America in order to fulfill a promise that Carl made to his late wife Ellie. Along the way, they meet a talking dog named Dug (Peterson), and encounter a giant bird named Kevin, who is being hunted by the explorer Charles Muntz (Plummer).

Harry Potter and the Deathly Hallows – Part 2 is a 2011 fantasy film directed by David Yates and distributed by Warner Bros. Pictures. It is the second of two cinematic parts based on J. K. Rowling’s 2007 novel of the same name and the eighth and final instalment in the Harry Potter film series.

The story concludes as Harry Potter’s quest to find and destroy Lord Voldemort’s Horcruxes in order to stop him once and for all.

The Hobbit: An Unexpected Journey is a 2012 epic high fantasy adventure film directed by Peter Jackson from a screenplay by Fran Walsh, Philippa Boyens, Jackson, and Guillermo del Toro, based on the 1937 novel The Hobbit by J. R. R. Tolkien.

The story is set in Middle-earth sixty years before the main events of The Lord of the Rings and portions of the film are adapted from the appendices to Tolkien’s The Return of the King.

An Unexpected Journey tells the tale of Bilbo Baggins (Martin Freeman), who is convinced by the wizard Gandalf (Ian McKellen) to accompany thirteen Dwarves, led by Thorin Oakenshield (Richard Armitage), on a quest to reclaim the Lonely Mountain from the dragon Smaug.

The Shape of Water is a 2017 American romantic fantasy film directed by Guillermo del Toro and written by del Toro and Vanessa Taylor.

Set in 1962 Baltimore, Maryland, the film follows a mute cleaner at a high-security government laboratory who falls in love with a captured humanoid amphibian creature, and decides to help him escape from death at the hands of an evil colonel.

The Golden Compass is a 2007 fantasy adventure film directed by Chris Weitz, from a screenplay by Weitz, and based on the 1995 novel Northern Lights by Philip Pullman. In the film, Lyra joins a tribe of seafarers on a trip to the far North in search of children kidnapped by the Gobblers, a group supported by the universe’s rulers, the Magisterium.

Maleficent is a 2014 American fantasy film directed by Robert Stromberg from a screenplay by Linda Woolverton. Loosely inspired by Charles Perrault’s original fairy tale, the film is a live action retelling of Walt Disney’s 1959 animated film Sleeping Beauty, and portrays the story from the perspective of the eponymous antagonist, depicting her conflicted relationship with the king and princess of a corrupt kingdom.

Prince of Persia: The Sands of Time is a 2010 American action fantasy film directed by Mike Newell from a screenplay by Boaz Yakin, Doug Miro, and Carlo Bernard, based on the video game series Prince of Persia created by Jordan Mechner.

Dastan, a young prince, teams up with Princess Tamina to thwart the evil plans of his uncle Nizam, who wants to control time with the help of a special dagger.