12 Best Animated Movies of All Time

From Big Hero 6 to Finding Nemo, here are the best animated movies of all time. 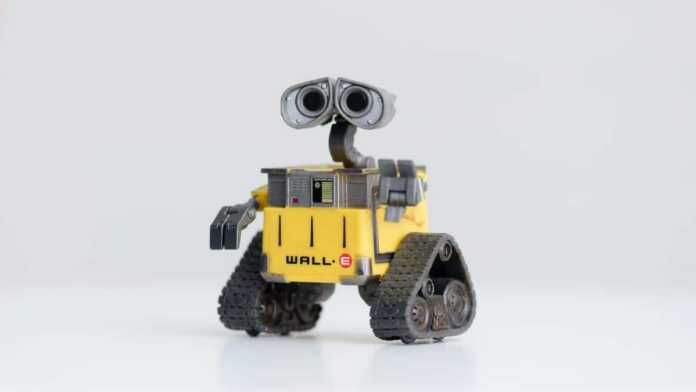 From Disney to DreamWorks, this genre has a range and is packed with unmissable winners. Whether you’re looking for artful stop-motion or visually striking computerized animation these are the best animated films of all time.

Best Animated Movies of All Time

Taking place in a kingdom of lions in Africa, The Lion King tells the story of Simba (Swahili for lion), a young lion who is to succeed his father, Mufasa, as King of the Pride Lands; however, after Simba’s paternal uncle Scar kills Mufasa to seize the throne, Simba is manipulated into thinking he was responsible and flees into exile.

After growing up in the company of the carefree outcasts Timon and Pumbaa, Simba receives valuable perspective from his childhood friend, Nala, and his shaman, Rafiki, before returning to challenge Scar to end his tyranny and take his place in the Circle of Life as the rightful King.

How to Train Your Dragon is a 2010 American 3D computer-animated action-fantasy film loosely based on the 2003 book of the same name by Cressida Cowell, produced by DreamWorks Animation and distributed by Paramount Pictures.

The story takes place in Berk, a mythical Viking village; Hiccup, an undersized teen wishing to become a dragon slayer like the other Vikings, injures a rare Night Fury dragon but is unable to bring himself to kill it. He instead helps and befriends the dragon, and quickly discovers that things are not exactly as they seem in the Viking-Dragon conflict.

Toy Story 3 is a 2010 American computer-animated comedy-drama film produced by Pixar Animation Studios for Walt Disney Pictures. It is the third installment in the Toy Story series and the sequel to Toy Story 2 (1999).

In the film, Andy Davis, now 17, is leaving for college. Woody, Buzz Lightyear, and the other toys are accidentally donated to a daycare center by Andy’s mother, and the toys must decide where their loyalties lie.

WALL-E follows a solitary robot on a future, uninhabitable, deserted Earth in 2805, left to clean up garbage. He is visited by a probe sent by the starship Axiom, a robot called EVE, with whom he falls in love and pursues across the galaxy.

Up is a 2009 American computer-animated film produced by Pixar Animation Studios and released by Walt Disney Pictures. The film was directed by Pete Docter, co-directed by Bob Peterson, and produced by Jonas Rivera.

The film centers on elderly widower Carl Fredricksen (Asner) and Wilderness Explorer Russell (Nagai), who go on a journey to South America in order to fulfill a promise that Carl made to his late wife Ellie. Along the way, they meet a talking dog named Dug (Peterson), and encounter a giant bird named Kevin, who is being hunted by the explorer Charles Muntz (Plummer).

Taking place in a world where toys come to life when humans are not present, the plot focuses on the relationship between an old-fashioned pull-string cowboy doll named Woody and a modern space cadet action figure, Buzz Lightyear, as Woody develops jealousy towards Buzz when he becomes their owner Andy’s favorite toy.

It tells the story of an overprotective clownfish named Marlin who, along with a regal blue tang named Dory, searches for his missing son Nemo. Along the way, Marlin learns to take risks and comes to terms with Nemo taking care of himself.

The film centers on two monsters, the hairy James P. “Sulley” Sullivan and his one-eyed partner and best friend Mike Wazowski, who are employed at the titular energy-producing factory Monsters, Inc., which generates power by scaring human children.

However, the monster world believes that the children are toxic, and when a little human girl sneaks into the factory, she must be returned home before it is too late.

Inside Out is a 2015 American computer-animated film directed by Pete Docter from a screenplay he co-wrote with Meg LeFauve and Josh Cooley.

The film follows the inner workings inside the mind of a young girl named Riley (Dias), as five personified emotions administer her thoughts and actions as she adapts to her family’s relocation.

The Incredibles is a 2004 American computer-animated superhero film produced by Pixar Animation Studios and released by Walt Disney Pictures.

The film follows Bob and Helen Parr, a couple of superheroes, known as Mr. Incredible and Elastigirl, who hide their powers in accordance with a government mandate and attempt to live a quiet suburban life with their three children. However, Bob’s desire to help people draws the entire family into a confrontation with a vengeful fan-turned-foe.

The title refers to the French dish ratatouille, which is served at the end of the film and also references the species of the main character, a rat. Set in Paris, the plot follows a rat who dreams of becoming a chef and tries to achieve his goal by forming an unlikely alliance with a restaurant’s garbage boy.

Big Hero 6 tells the story of Hiro Hamada, a young robotics prodigy, and Baymax, his late brother Tadashi’s healthcare provider robot, who form a superhero team to combat a masked villain who is responsible for Tadashi’s death.