Here is a list of top monuments in India that are worth of visit. 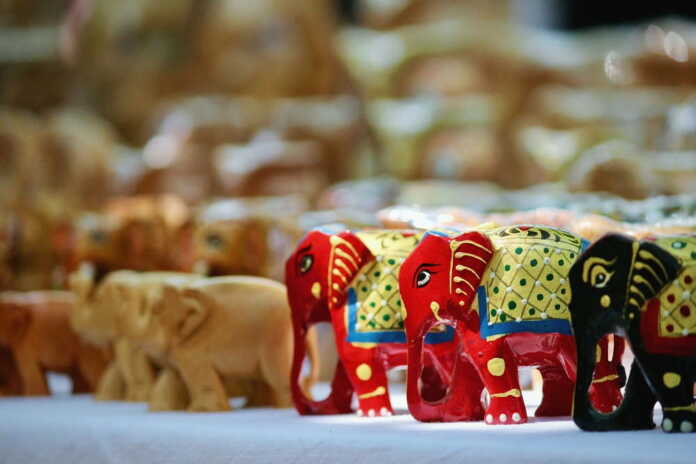 India is a country with a rich and diverse history that branches out from all corners and has some unique specimens of history in the form of monuments. Monuments of India are both the result of a long period of invasions and by the interest of the Indian kings and countrymen.

Monuments of India are not only the showcase of culture but also the reflection of art and architecture. This makes India amongst the few countries that have both great man-made monuments and natural heritage sites.

With numerous places, it’s hard to select the best places to visit while your trip to India. That’s why we have selected the top 10 most famous historical monuments of India that are worth a visit.

Most Famous Monuments of India 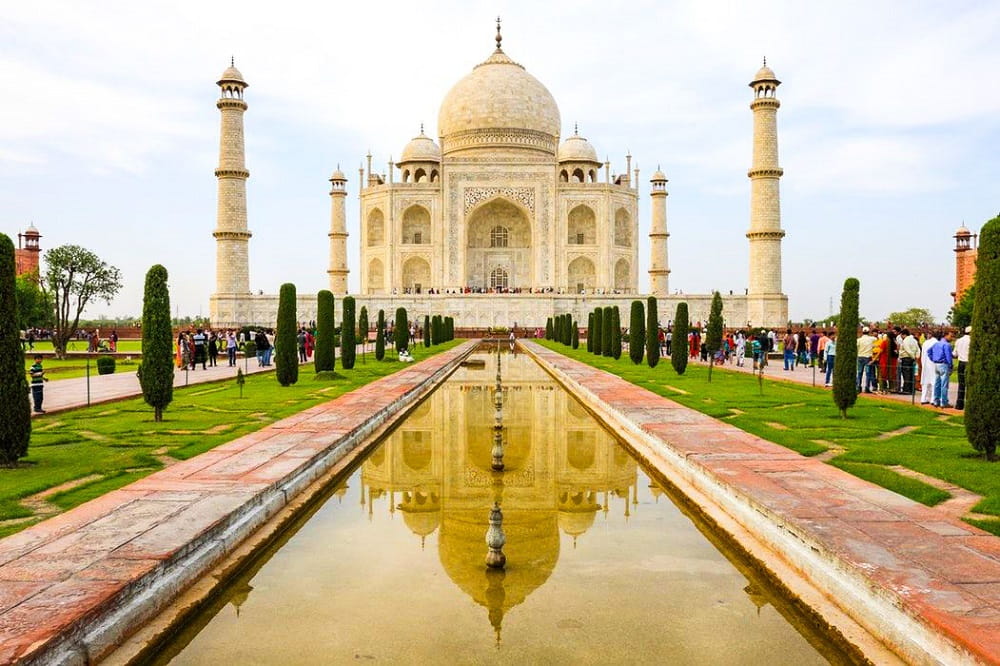 This 17th-century ivory-white marble mausoleum on the south bank of the Yamuna river is undoubtedly the face of India. Constructed in 1653, the Taj Mahal is an architectural masterpiece. This place is an important historic monument of India which enlisted in the Seven Wonders of the World. 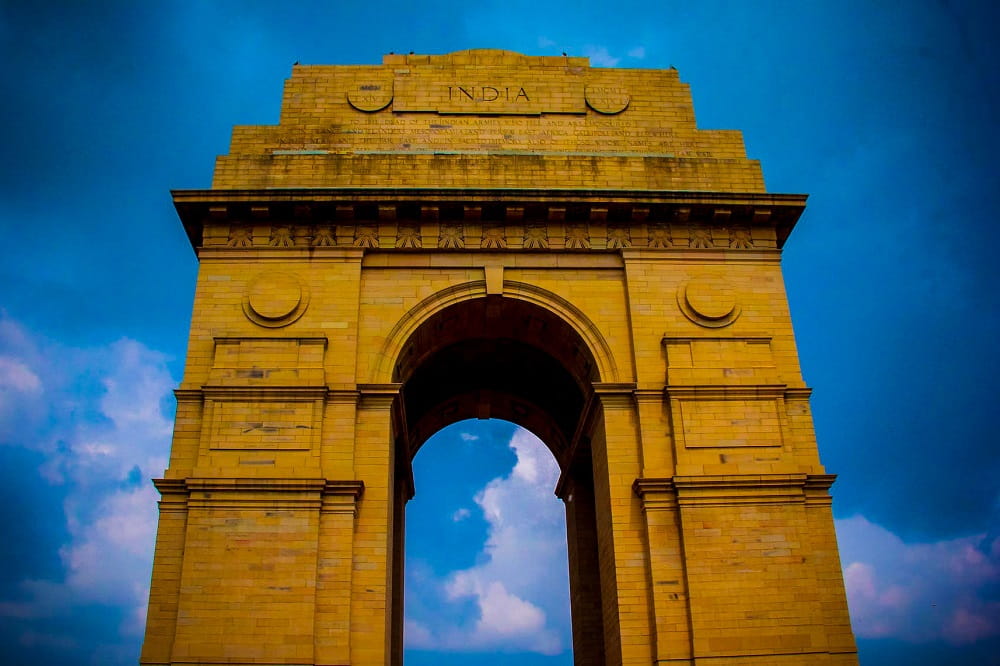 Often referred to as the replica of the Arc de Triomphe in Paris India is one of the most distinctive structures of India. This structure is dedicated to the soldiers who lost their lives during World War I. This structure is 42m tall and has Indian martyrs’ names on it. 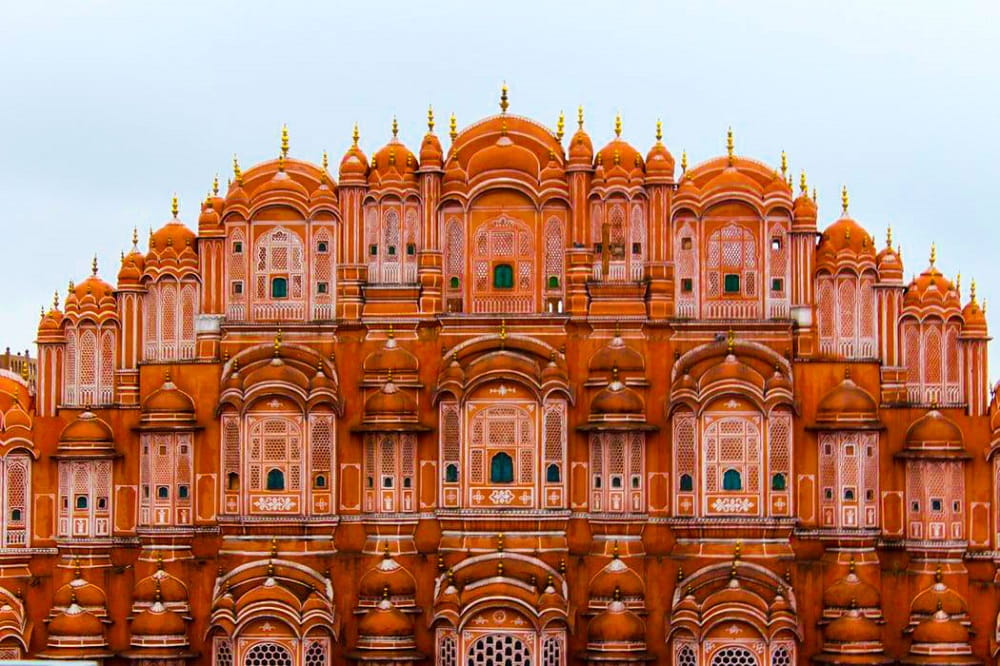 Hawa Mahal is a five-story pyramidal building situated in the Pink city of Jaipur. This monument is 15m tall and was built in 1799 by Maharaja Sawai Pratap Singh. This monument of India was built to offer convenience to women to see the outside world without having to be seen by the others. Hawa Mahal offers remarkable views of Jantar Mantar, City Palace, and a lot more. 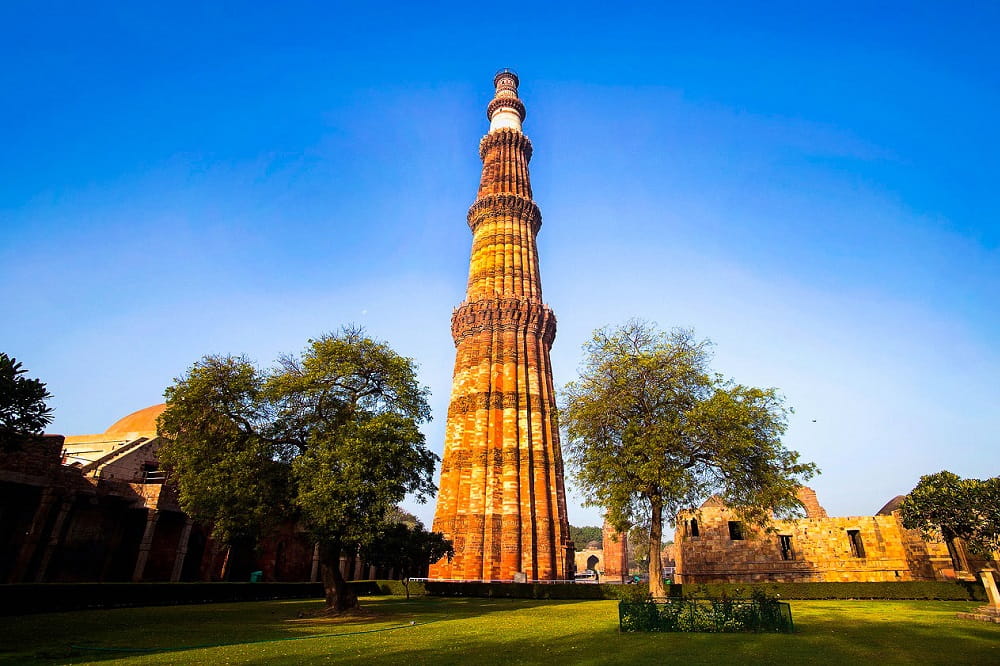 The Qutub Minar, also spelled as Qutb Minar is an important landmark of the national capital New Delhi. This 73-meter architectural wonder was built by Aibak to celebrate the beginning of the Mughal rule in India. This tower is also host to the Quwwat-ul-Islam Mosque which is believed to be the first mosque built in India. 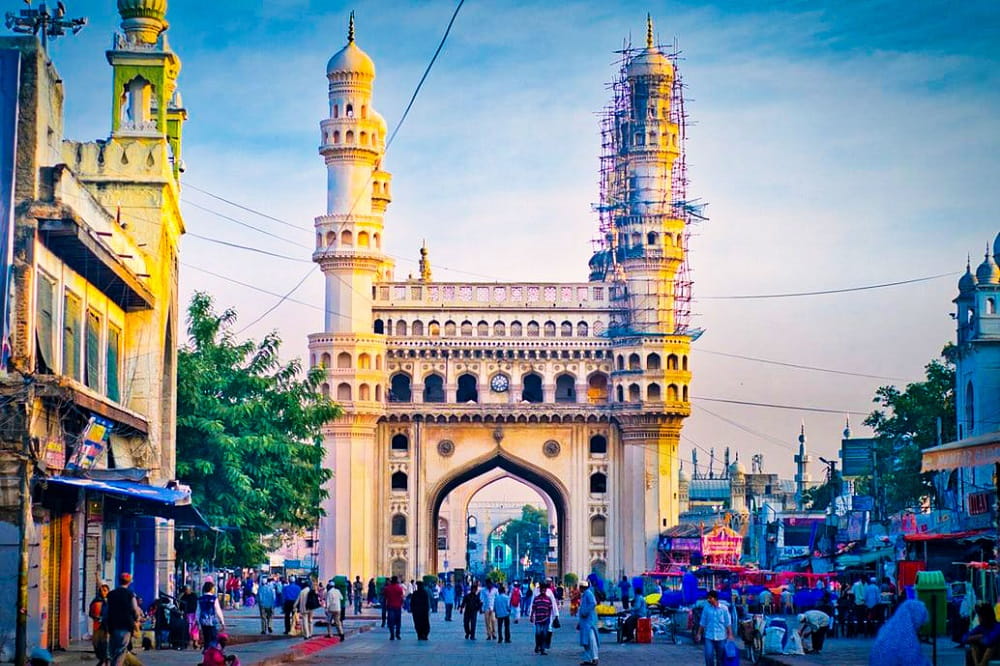 Constructed in 1591 this 16th-century monument in Hyderabad has become known globally as a symbol of Hyderabad and one of the most famous landmarks in India. Charminar stands tall in Old Hyderabad and is indeed a gift to the City of Nizams by Sultan Muhammad Quli Qutb Shah. 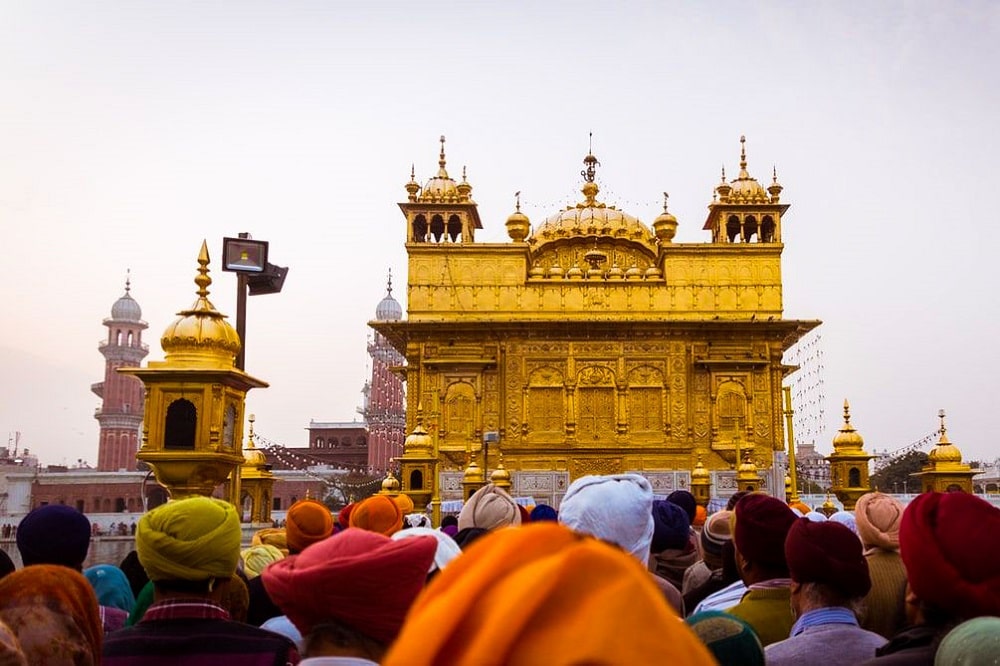 The Harmandir Sahib, also known as Golden Temple, is a Gurdwara located in the city of Amritsar, Punjab, India. Sikhs from all over the world come to pay obeisance at the Golden Temple which is the preeminent pilgrimage site of Sikhism. This Sikh shrine was built by Arjan Sahib with the help of Baba Budha Ji and has one popular pond that is said to have healing power.

7. Khajuraho Group of Monuments of India 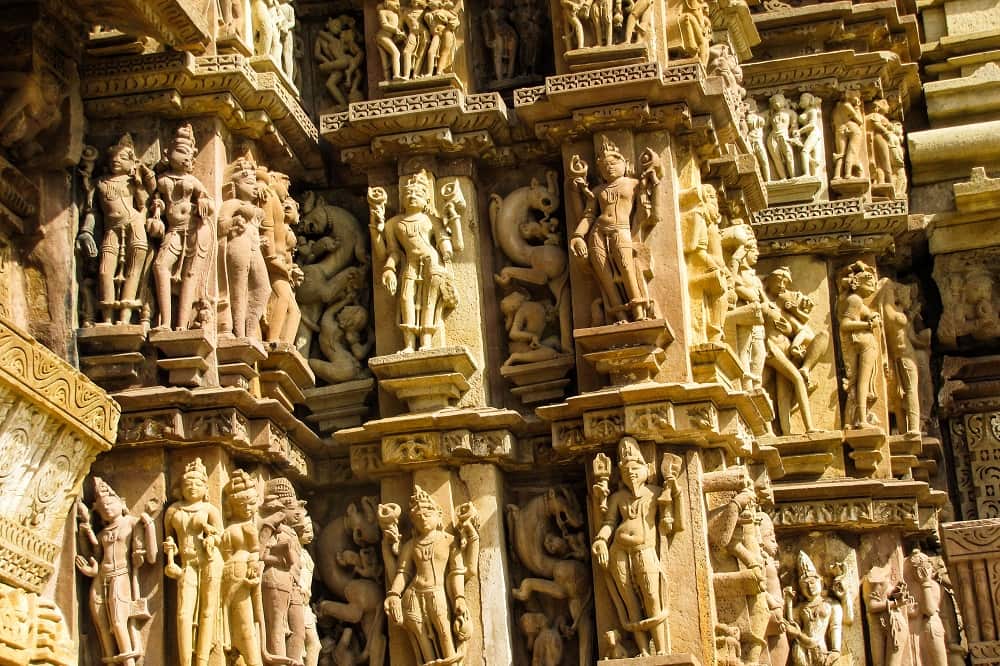 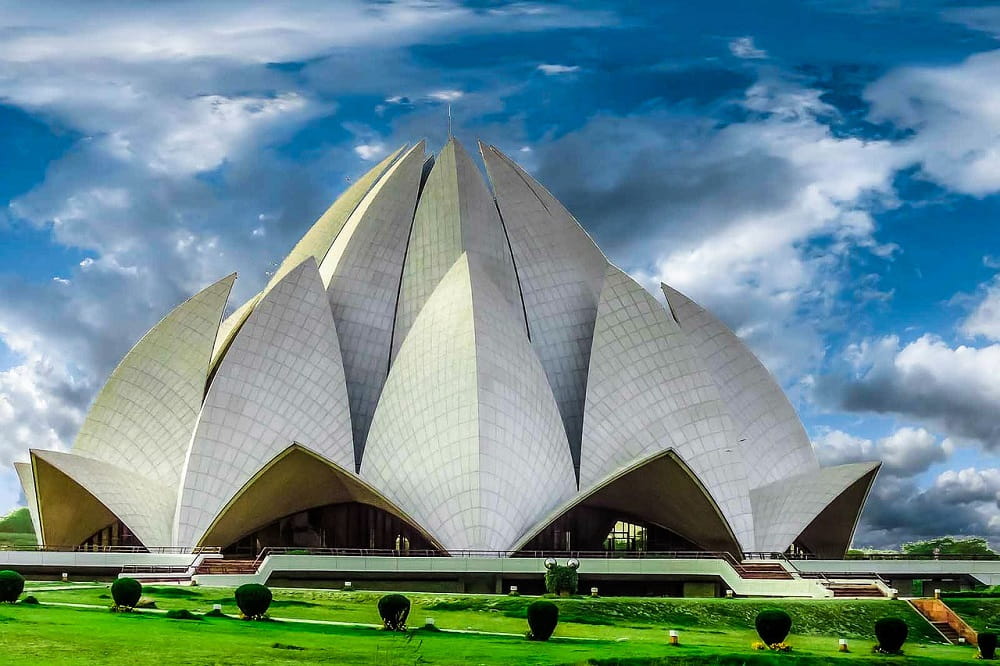 Located in the National Capital of New Delhi, Lotus Temple also known as Bahai Temple is the ideal example of modern architecture in India. Notable for its flowerlike shape, it is the holy center for the Bahai sect which was dedicated in December 1986.

The shrine composes of 27 free-standing petal-shaped marbles arranged in clusters of three to form nine sides. The nine doors of the Lotus Temple open to 40 meters tall center hall that is capable of holding up to 2,500 people. The Lotus Temple is open to all, regardless of religion or any other qualification. 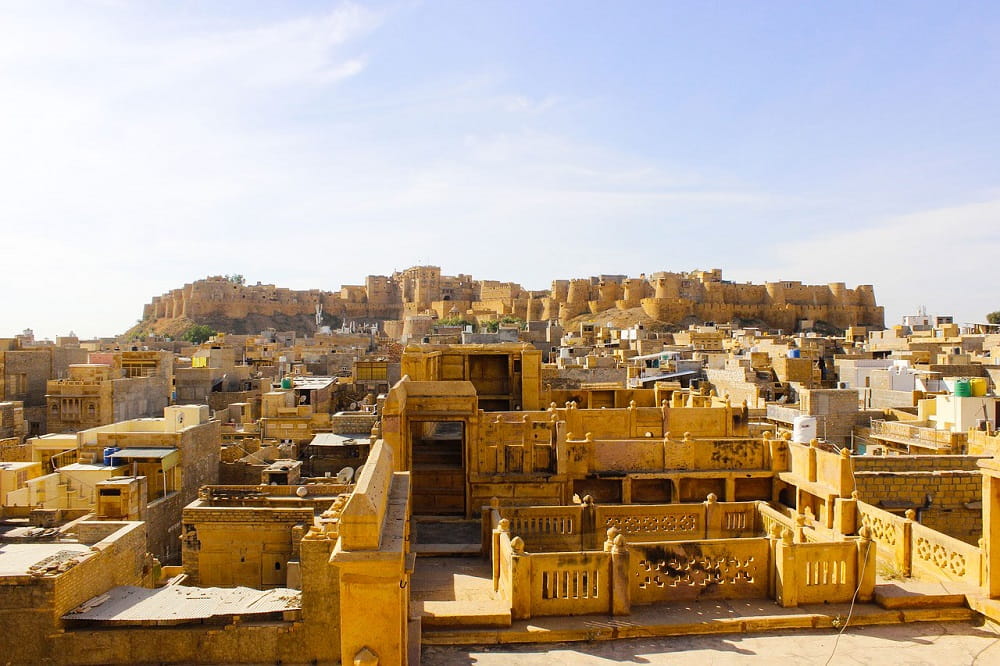 Situated in the city of Jaisalmer, Jaisalmer Fort is a monument worth visiting in India. Built in 1155 AD Jaisalmer Fort is believed to be one of the few standing forts in the world. Although you can easily view historical monuments made of sandstone scattered all over the city, this fort is one of a kind. When witnessed in the daylight, these monuments of India appear golden and that is what attracts the people.

Mysore Palace is one of the most magnificent palaces and a royal residence at Mysore in the Indian State of Karnataka. It is the official residence of the Wadiyar dynasty and the seat of the Kingdom of Mysore. The interior of the palace is beautiful; it has spacious halls, lovely paintings, and architectural magnificence. These monuments of India offer an excellent combination of Indo-Saracenic architecture.