How To Beat Guys Who Play Games With Women 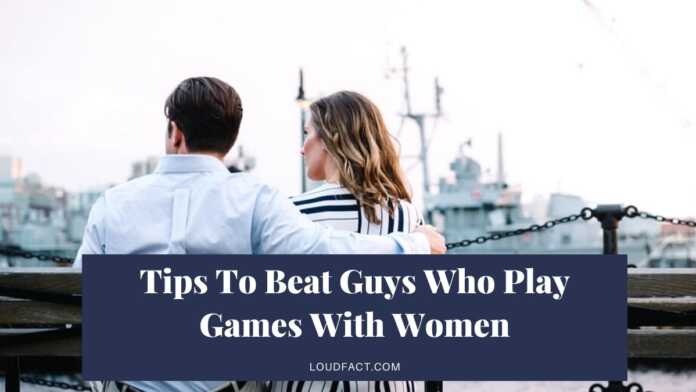 Guys Who Play Games: We all know the guys who play games that leave you wondering. While it’s usually best to stay away from these puzzled men, sometimes it can be worth sticking it out with a confused guy who may just need a little direction.

Further, if you love someone and he acts mysteriously then it’s worth beating his mind games and make him realize about your feelings. Here are common mind games guys play and how to deal with them.

Some guys who play games make their relationship secret and treat their girlfriends differently in private and public places. Did you ever notice him being the sweetest guy ever when it’s just the two of you? If yes then he’s playing the secret girlfriend mind game.

If you both have been dating for a long time and he never wants you to meet with his friends or family then its a problem. Mostly if a person loves you and wants you to be the part of his whole life then he will want you to meet his friends, so he can show you off to them.

To deal with it, next time he mentions about his friends and family, ask to meet them. If he says okay, great! But if he finds a way to get around your requests, let him go.

It seems like everything perfect but still, he never texts you first then it’s a chance that he is playing mind games with you. To find it out, look for your past conversations.

Men are wired to hunt and it’s hard sometimes, especially when you like someone and feel a connection. To deal with this situation stop texting him first. If he starts initiating the conversation, awesome. If not then it’s better to move out of this relationship.

He acts normal and stays coll with you, however, when other ladies start showing up he acts weird and enters in to flirt mode.

Checking other women while you’re around him is inappropriate but there’s a possibility that he doesn’t count it as flirting. Warn him about his behavior and tell him it’s not cool to act like this. If he obeys it then great or else be brave, confront him for this behavior and move out of the relationship.

This is one of the most common mind games. They will make you feel bad about not doing something that they want you to do. This could be something basic like going for lunch to not having sex with him.

Try to find out whether you have done any mistake or he is just playing mind games. If it’s you the reason then resolve the issue with verbal communication. If you feel like you are not the problem or its happening regularly then this is a red flag. Try to make him realize to stop the mind game – if he understands, great or else separate yourself from the relationship.

If your guy always ignores you and makes you come chasing after him then its a sign of guys who play games. If you fall into this trap then he will have the upper hand and will know it. He will feel like he has all the control which will in turn, stroke his ego.

Find out whether you have made any mistake or he is doing the same thing every time. If the problem is not in your end then try to resolve it by verbal conversation. If it fails, make him beat down by his own game. If nothing works for him then it’s better to leave him.

Everything seems fine, you both laughing at each other’s jokes and suddenly things turn to awkward from romantic then its a sign he is playing the mind game with you. Don’t take it as a mood swing, it’s a red flag.

It may first feel like he is completely unsure about his feelings but that’s not the case for most. Talk with him in person to find out about his feelings. If he opens up and have an amazing heart-to-heart conversation with you then there is nothing to worry. But if he still acts like that then it’s best to see what else is out there.