From Bad Moms to The Matrix Resurrections, here are the best Jada Pinkett Smith movies and tv shows. 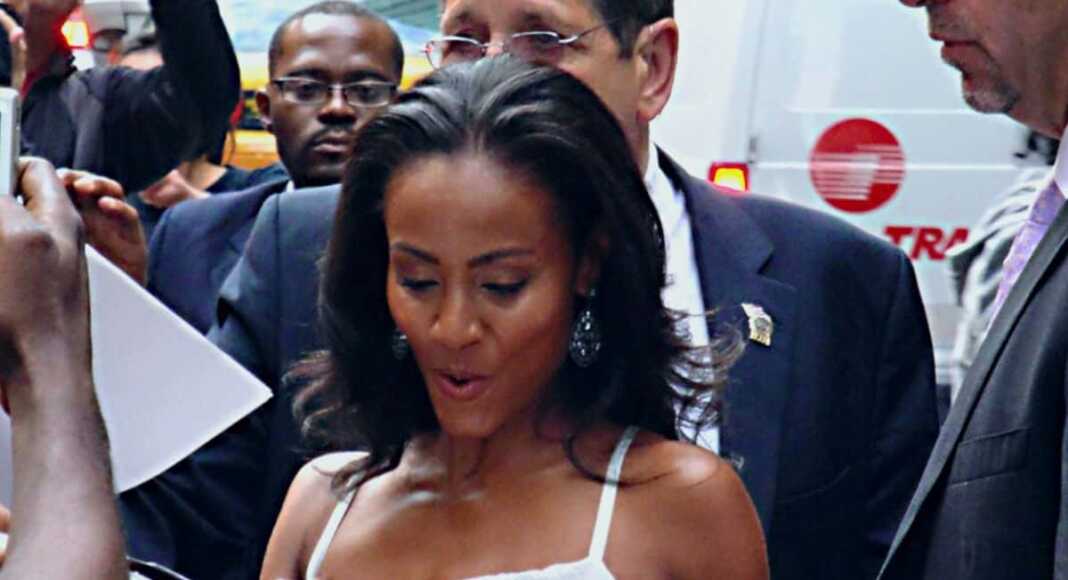 Jada Pinkett Smith Movies And TV Shows: Jada Koren Pinkett Smith is an American actress and talk show host. She is co-host of the Facebook Watch talk show Red Table Talk, for which she has received a Daytime Emmy Award. Time named her one of the 100 most influential people in the world in 2021.

Set It Off is a 1996 American crime action heist film directed by F. Gary Gray and written by Kate Lanier and Takashi Bufford. It follows four close friends in Los Angeles, California, who plan to execute a bank robbery – each doing so for different reasons to achieve better for themselves and their families.

Collateral is a 2004 American neo-noir action thriller film directed and produced by Michael Mann from a script by Stuart Beattie and starring Tom Cruise and Jamie Foxx. Max, a cab driver, is shocked after he learns that his passenger, Vincent, is an assassin who is on a deadly mission to kill people. However, he must stop Vincent before it is too late.

Ali is a 2001 American biographical sports drama film co-written, produced and directed by Michael Mann. The film focuses on ten years in the life of the boxer Muhammad Ali, played by Will Smith, from 1964 to 1974, featuring his capture of the heavyweight title from Sonny Liston, his conversion to Islam, criticism of the Vietnam War, and banishment from boxing, his return to fight Joe Frazier in 1971, and, finally, his reclaiming the title from George Foreman in the Rumble in the Jungle fight of 1974.

It also touches on the great social and political upheaval in the United States following the assassinations of Malcolm X and Martin Luther King Jr.

Tales from the Crypt Presents: Demon Knight is a 1995 American horror comedy film directed by Ernest Dickerson. Ex-soldier Frank Brayker (William Sadler) is the guardian of an ancient key that can unlock tremendous evil; the sinister but charming Collector (Billy Zane) is a demon who wants the key so he can initiate the apocalypse.

On the run from wicked mercenaries for almost 90 years, Brayker finally stops in at a boarding house in New Mexico where – with the help of its quirky residents – he plans to face off against the Collector and his band of ghouls, preventing them from ever seizing the key.

The Matrix Reloaded is a 2003 American science-fiction action film written and directed by the Wachowskis. It is a sequel to The Matrix (1999) and the second installment in the Matrix film series.

At the Oracle’s behest, Neo attempts to rescue the Keymaker and realises that to save Zion within 72 hours, he must confront the Architect. Meanwhile, Zion prepares for war against the machines.

Girls Trip is a 2017 American comedy film directed by Malcolm D. Lee and written by Kenya Barris and Tracy Oliver, from a story by the pair and Erica Rivinoja, who based the script off their own experiences with their female friends. Along with Lee, the film was produced by Will Packer under his Will Packer Productions banner.

When Ryan is invited to speak at the annual Essence Festival, she sees it as a chance to reconnect with her best friends Sasha, Lisa and Dina, and the girls set out on a trip to New Orleans.

The Matrix Revolutions is a 2003 American science fiction action film written and directed by the Wachowskis. It is the third installment in The Matrix film series, released six months following The Matrix Reloaded.

Neo, humanity’s only hope of stopping the war and saving Zion, attempts to broker peace between the machines and humans. However, he must first confront his arch-nemesis, the rogue Agent Smith.

A Low Down Dirty Shame is a 1994 American action comedy film written, directed by, and starring Keenen Ivory Wayans. Andre Shame, a detective, leaves the police force after he fails to solve a case of drug lord, Ernesto Mendoza. Years later, when the case is re-opened, Andre vows to decipher the assignment.

Angel Has Fallen is a 2019 American action thriller film directed by Ric Roman Waugh. It is the third installment in the Has Fallen film series, following Olympus Has Fallen (2013) and London Has Fallen (2016).

Mike Banning, a secret service agent, is assigned to protect the US president. Things take a turn when Mike is falsely accused of carrying out an attack against the president while on a fishing trip.

The Matrix Resurrections is a 2021 American science fiction action film produced, co-written, and directed by Lana Wachowski, and being the first in Matrix franchise to be directed solely by Lana, without her sister, Lilly. It is the sequel to The Matrix Revolutions (2003) and the fourth installment in The Matrix film franchise.

Thomas Anderson’s seemingly ordinary life ends when he accepts Morpheus’s offer, only to wake up to a new, more secure and much more dangerous Matrix.

The Nutty Professor is a 1996 American science fiction black comedy film starring Eddie Murphy. It is a remake of the 1963 film of the same name, which starred Jerry Lewis, which itself was a parody of Robert Louis Stevenson’s 1886 novella Strange Case of Dr Jekyll and Mr Hyde.

Sherman, an extremely overweight genetics professor, falls in love with a colleague. But when he experiments on himself with a slimming potion, it not only trims him down but also makes him obnoxious.

Bad Moms is a 2016 American comedy film directed and written by Jon Lucas and Scott Moore. When three overworked mothers, Amy, Carla and Kiki, are pushed beyond their limits, they decide to shirk their responsibilities and lead a life they love.

Detective James Gordon is a new recruit assigned to investigate the murder of Thomas and Martha Wayne. The case acquaints him with the slain couple’s son and future crusader, Bruce.

Crime in school is bad, so to combat it, LAPD higher-ups decide to send four young-looking officers to high school to pose as students. Cops Tom Hanson, Doug Penhall, Judy Hoffs and Harry Truman Ioki are the “lucky” ones chosen to experience the part of their lives they hoped they’d left behind forever.