Grapes Health Benefits And Why You Should Eat It From Today?

Love sipping in a glass of red grapes wine? Packed With Nutrients, Especially Vitamins C and K, there are many benefits of red grapes for skin, hair, and health. 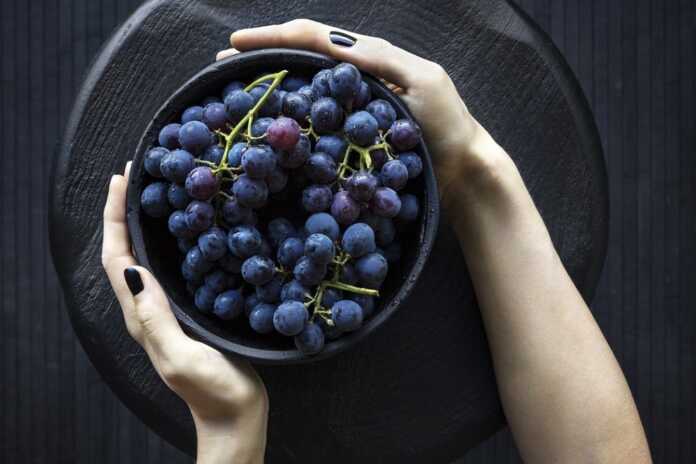 Grapes have been farmed for thousands of years and have been admired by several ancient civilizations for their use in winemaking. It is the primary ingredient in the winemaking process and that’s why known as the “Queen of Fruits“.

There are different varieties of grapes come as well as colors – green, red, blue, purple and black. However, the winemaking industry uses the majority of the production of grapes in the world, the remaining portion is consumed as fruits, and a small amount is used in making dried fruits.

If facts to be believed, grapes were first domestically cultivated in the Middle East, where it became famous when the city of Shiraz started using it to make wine. Eventually, other countries also followed the same path by growing and using it for the winemaking process.

The nutrients in grapes offer many possible health benefits. They have been associated with the prevention of cancer, heart disease, high blood pressure, and constipation.

Grapes are a substation of antioxidants, and they carry a wide range of phytonutrients right from carotenoids to polyphenols. Lab studies have suggested that these phytonutrients help in preventing certain kinds of cancers by maintaining good heart health. One of these is resveratrol, commonly found in the skin of red grapes.

Resveratrol is known for its extraordinary properties such as inhibiting the formation of free radicals that could cause cancer and dilating blood vessels to ease blood flow and lower blood pressure. Resveratrol is also present in red wine.

Few studies have looked at the connection between red wine and cancer risk in humans, but it has been shown that high intakes of alcohol on a consistent basis can increase the risk of cancer. The antioxidant content inside grapes is commonly the highest in the seeds and the skin.

Grapes have another natural anti-inflammatory that is the flavonoid quercetin. Studies have suggested that this, too, may help prevent or slow cancer growth.

Grapes have a high potassium content. Every 100 gram of the grapes contains 191 mg of potassium. High intake of potassium may help reduce the adverse effects of too much sodium in the diet. A low-sodium-high-potassium diet has proven useful in reducing the effects of sodium in people with high blood pressure.

Grapes are also a good source of fiber. Fiber is essential for maintaining a healthy cardiovascular system, including heart health and blood pressure.

Resveratrol present in grapes prevents signs of aging and other skin problems. According to a study conducted by the team at the University of California, Los Angeles (UCLA), resveratrol, when combined with an ordinary acne medication benzoyl peroxide, fights the acne-causing bacteria. 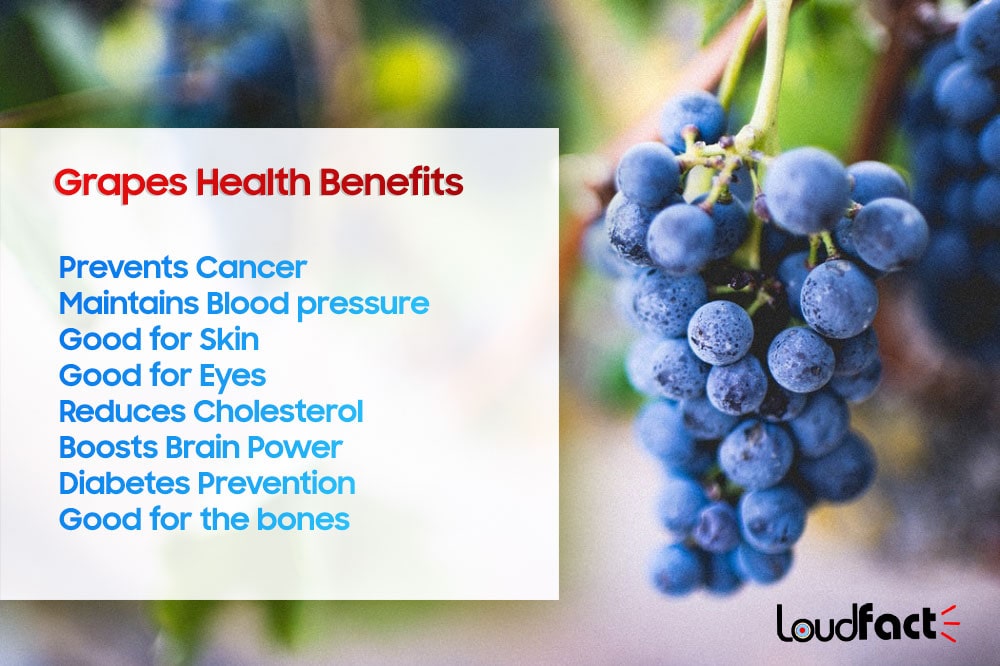 Grapes contain the antioxidants Lutein and Zeaxanthin, which can help to maintain good eye health. They are thought to neutralize unstable molecules known as free radicals. In this way, they may reduce oxidative stress and damage to the retina, and help prevent cataracts and other conditions.

Lab tests have suggested that resveratrol may protect against various eye problems, including age-related macular degeneration, glaucoma, cataract, and others.

Good For The Bones:

Grapes contain many nutrients which are vital for bone health, including calcium, magnesium, phosphorus, and vitamin K. Studies in rats have shown that grapes may have protective effects on bones. Grapes are also high on antioxidants, most essential and beneficial one being polyphenols, which help in improving the flexibility and mobility of joints.

Several studies have found that resveratrol helps to increase blood flow to the brain, thereby it could help speed up thoughtful responses and prove to be useful for those suffering from brain-related ailments like Alzheimer’s. A study also found that resveratrol can help remove plaques and free radicals, which affect the brain. 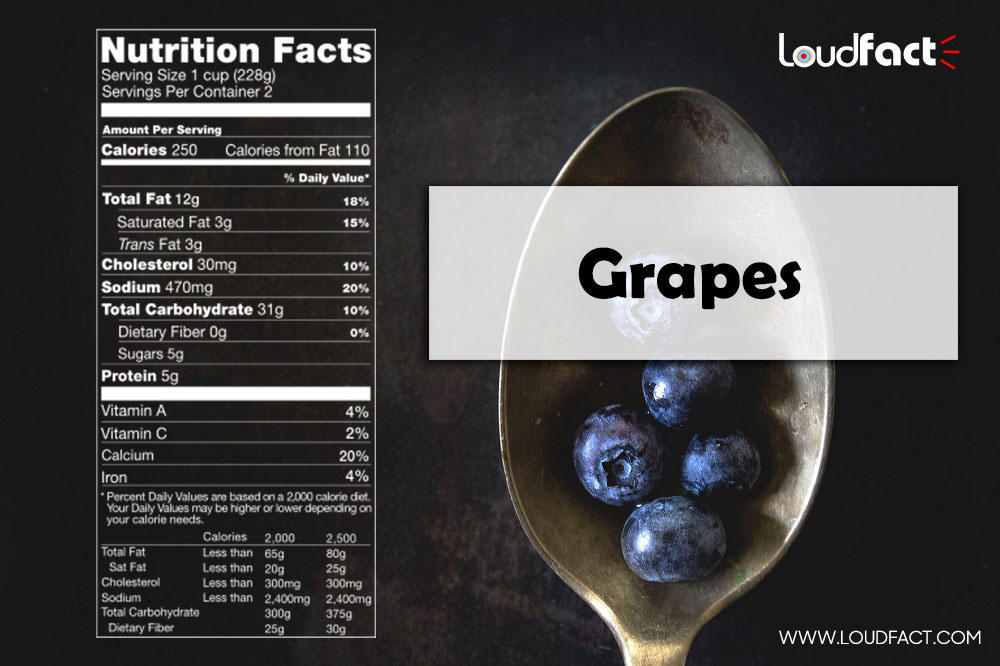 A study found that those who consumed three servings a week of blueberries, grapes, raisins, apples, or pears had a 10 percent lower risk of type 2 diabetes compared with those who did not.

The relatively high level of sugar found in grapes leads some people to ask whether they are safe for people with diabetes to eat? The American Diabetes Association encourages people to consume grapes and other fruits, as long as the carbohydrate amount is counted as part of their meal plan. The vitamins, minerals, and fiber in grapes make them a healthful way to satisfy a sweet tooth.