The GERD Diet: How to Successfully Avoid Acid Reflux and Heartburn 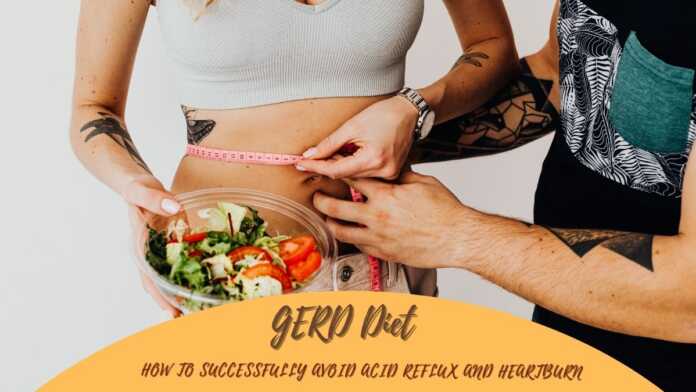 GERD is an acronym for Gastroesophageal Reflux Disease and occurs when stomach acid is pushed up into the esophagus, irritating its lining. This is basically the same thing as acid reflux, except it’s called GERD when it occurs at least twice a week. GERD can be so severe that it must be treated and managed with medications (both prescription and over the counter), or it can be so mild that it can be managed with lifestyle changes.

Symptoms of GERD include:

One of the lifestyle changes associated with managing GERD is a diet change. Certain foods are known to induce acid reflux and heartburn, but there are also foods that help prevent this.

Research has shown that consuming the following foods can help manage symptoms of GERD and even prevent acid reflux and heartburn in the future.

The more acidic a food is, the more likely it is to irritate the esophagus and the stomach, further aggravating GERD symptoms. Opposite of acid the pH scale is alkaline, and foods with high alkalinity can help combat strong acids. Bananas, cauliflower, and melons are all high in alkaline.

Eating too much and too fast is another culprit of GERD symptoms. Foods high in fiber make you feel full quicker and longer, helping you to avoid overeating. Add oatmeal, brown rice, and other whole grains to your diet, as well as root vegetables (carrots and sweet potatoes), and both cruciferous and leafy greens.

Drinking plenty of water can also help relieve symptoms of GERD, but many people find it difficult to drink enough water throughout the day. Luckily there are foods that you can consume that have high water content. These include celery, cucumbers, lettuce, and watermelon. You can also drink herbal tea (especially ginger tea) to help combat these symptoms.

Foods/Drinks to Avoid with GERD

The caffeine that’s found in many drinks and certain food is known to irritate GERD. So avoid or limit your intake of coffee, sodas, tea (both black and green), and chocolate. Fortunately, there are decaffeinated versions of coffee, soda, and tea.

Carbonated drinks can also make GERD worse. Avoid drinking too many sodas, carbonated water, and even the health drink Kombucha.

As shown above, certain foods can further irritate GERD while others soothe the symptoms and even eliminate the problems in some cases. Many people believe that they can rely on antacids rather than change their diet, and while this is true, constant use of medication isn’t recommended, especially when a change in diet can be just as effective.

Antacids, such as Zantac, have been found to be unsafe along with other medications that contain the ingredient ranitidine. This particular ingredient has been linked to developing many forms of cancer, and you should contact a lawyer, such as Rosenfeld Injury Lawyers if you believe that your cancer was a result of taking Zantac.

Remember that symptoms associated with GERD could potentially be symptoms of something else, so talk to your doctor first. Always consult your doctor before taking any medications or starting a new diet plan. He or she will be able to decide which treatment option for GERD is best for you.