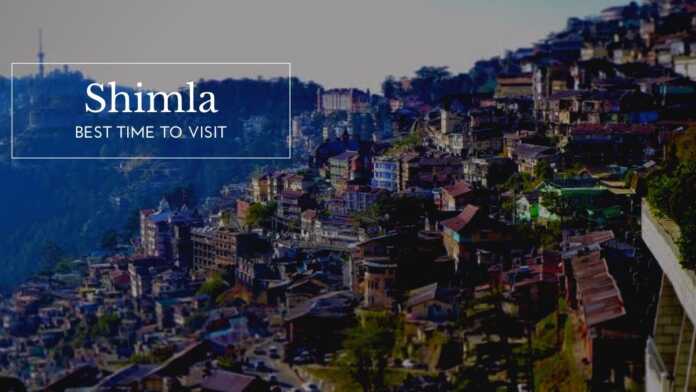 Best Time to Visit Shimla: Shimla is a beautiful hill station and the capital city of Himachal Pradesh. Also known as the queen of hill stations, this place is located at a height of 2202m above sea level. This is one of north India’s all-year holiday destination which welcomes a large number of domestic and international visitors every year.

As a famous tourist destination, Shimla leaves no traveler disappointed with its various adventure activities like skiing, paragliding, trekking, and other adventure sports. The best time to visit Shimla for snow is the winter season, which is between November and February. However, you can visit this place almost any time throughout the year as it offers something unique in every season.

The snowfall season in Shimla starts in late December and lasts through February. The best time to visit Shimla for honeymoon is from March to June. This place sees many honeymooners during this period and all the hotels and resorts are bustling with tourists.
So if you are planning to visit this destination during honeymoon season just make sure to book hotels in advance.

What is the best time to visit Shimla?

March to June is the best time to visit Shimla. During this time the weather during the daytime is pleasant which makes it easier to take part in different activities. The weather during winters(November to February) is suitable for experiencing the snowfall, snow-activities and exploring the snow-covered surroundings. Tourism thrives in Shimla in all the seasons other than the monsoons which start in July and last till September. 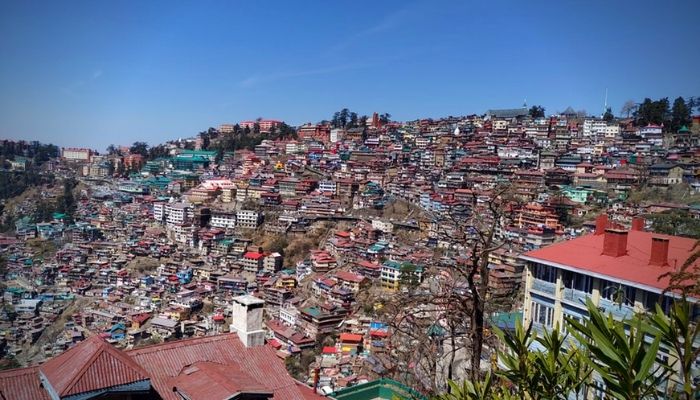 This is the time when tourists from neighboring towns and states often visit Shimla to escape the heat, this makes it the peak season.
Additionally, this is also a good time for adventure activities like paragliding, hiking, camping, trekking, etc. You can experience these activities at Chharabra, Naldehra, Kufri, and Narkanda which are located around Shimla.

Apart from the activities, you can also go sightseeing and enjoy local festivals. For sightseeing, you can visit different attractions such as Christ Church, Glenn, Jakhu Temple, Woodville Palace, and Tara Devi Temple. Some important summer festivals during this time of the year like Holi celebrated in March, Baisakhi which is celebrated in April and the Sipi Fair held in May.

Monsoons in Shimla can be dangerous as it faces frequent landslides and rainfall during this period. So it is advised to avoid this place during monsoons. Shimla experiences monsoons between July and September with temperature fluctuating between 15°C (59° F) to 25°C (77° F). The average annual rainfall it receives is about 1400 mm.

However, if you are looking for a risk-taking adventure on a low budget then this is the time to visit Shimla. During this period the city hosts the Rhyali Festival celebration to thank the Rain Gods. So, if you are planning to visit Shimla in monsoons then make sure to enjoy this festival.

Winters in Shimla also the peak season and also the best time to visit Shimla especially for tourists who want to enjoy the snowfall and explore the snow-clad town. Winter in Shimla stays from the month of November which lasts till the month of January. The temperature during this season is between 0° C and 17° C (62° F). 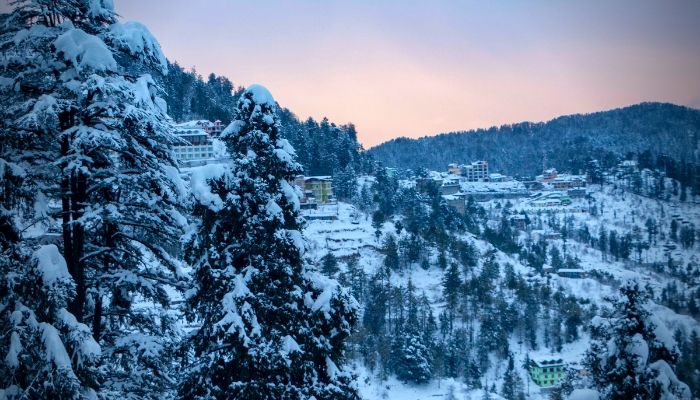 This is the best time to Shimla for those who want to enjoy snow activities like skiing, ice skating and more. Additionally, it is the best time to go for sightseeing at places like Annadale, Kaali Bari Temple, Lakkar Bazaar, Viceregal Lodge & Botanical Gardens, and Darlaghat.

The Shimla Winter Carnival is also held during this time to invite tourists to indulge in activities like skiing, ice skating, building snowmen, and witnessing several other entertainment and cultural events. Additional events and festivals include the Bhoj Fair, Navaratri, Diwali in November, Ice-skating Carnival & Christmas Celebrations in December and Lohri in January.