From Serenity to Path to War, Sarah Paulson has a great list of movies and tv series. 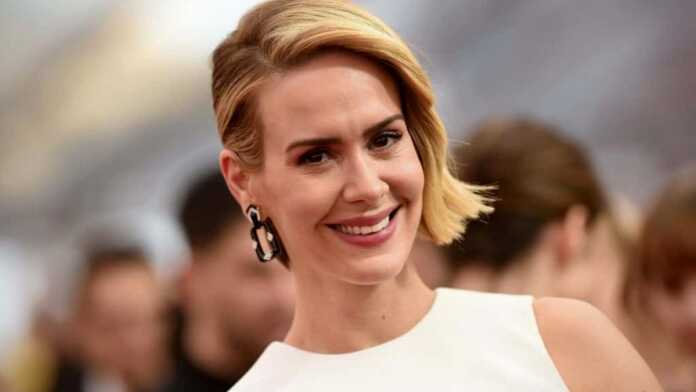 Paulson appeared in the Broadway plays The Glass Menagerie (2005) and Collected Stories (2010). She also starred in a number of made-for-television movies and independent films and had a leading role in the ABC comedy series Cupid in 2009.

She later starred in the independent drama Martha Marcy May Marlene (2011) and received Emmy and Golden Globe nominations for her performance as Nicolle Wallace in the HBO movie Game Change (2012).

Sarah Paulson has 26 years of professional career during which she also played Acey Rawlin in Levitation, Mistress Mary Epps on 12 Years a Slave, and Tammy on Ocean’s 8(2018).

We have listed the best tv shows and movies of Sarah Paulson along with their rating below.

Role: Mistress Mary Epps
IMDB: 8.1/10
Solomon Northup, a free African-American, is promised a fortnightly job by Brown and Hamilton, he gladly takes it up. However, after arriving in Washington DC, he realizes that the two men drug him and he has been sold into slavery.

Smooth-talking advertising executive Nick Marshall’s life changes when an accident gives him the ability to hear what women are thinking.

Therese Belivet works at a department store in Manhattan where she encounters the beautiful Carol. Things take an unexpected turn when Therese develops strong feelings for Carol.

Catcher Block, a journalist associated with the magazine Know, vows to seduce writer Barbara Novak who preaches that women don’t need men to make them happy. However, he starts falling for her while carrying out his ploy.

A mentally unstable woman gives a good fight to prove her worth and that she is as good as her sibling when she starts going to college.

Martha suffers from painful memories of her time spent with an abusive cult. Now, living with her sister’s family, she struggles to make sense between dreams and reality.

The Alliance, a military force that has colonized the galaxy, is in pursuit of two fugitives who are hiding in Serenity, a spaceship, whose crew comprises rebels.

A rookie cop, Denny Colt, returns as a hero in the form of a spirit to track down his cold-hearted killer, The Octopus. In his mission, he also intends to wipe clean the city of all its ill elements.

Ellis and Neckbone, two young men, chance upon a fugitive who is on the run. The boys decide to help the man and reunite him with his lover.

The naive Bettie Page aspires to become an actress but ends up gaining notoriety as a fetish model, leading to a senate investigation on the influence her provocative pictures have among the youth.

An anthology of stories consisting of a house with a deadly secret, a demented asylum, a witch coven, an unusual show, a hotel, a haunted farmhouse, a cult, and an apocalypse.

Several historical and high-profile murder cases are reenacted with proper factual evidence, official records, and background information that gives a different insight into the famous murders.

This is a comedy show about a sketch-comedy show where humor is in very short supply. One of the executive producers had a meltdown on the air, the control room is a mess, and the actors aren’t much better off.

The show’s only hope lies in “wunderkind” writers Danny Tripp and Matt Albie (each with problems of his own), as well as new network entertainment chief Jordan McDeere.

This film is a dramatization of the decision-making behind the Johnson administration’s escalation of the Vietnam War in the mid 1960s.

The president also attempts to build his Great Society at home, while balancing the war’s increasing drain on the nation’s resources.