From The Town to Savages, here are the best Blake Lively movies and tv shows. 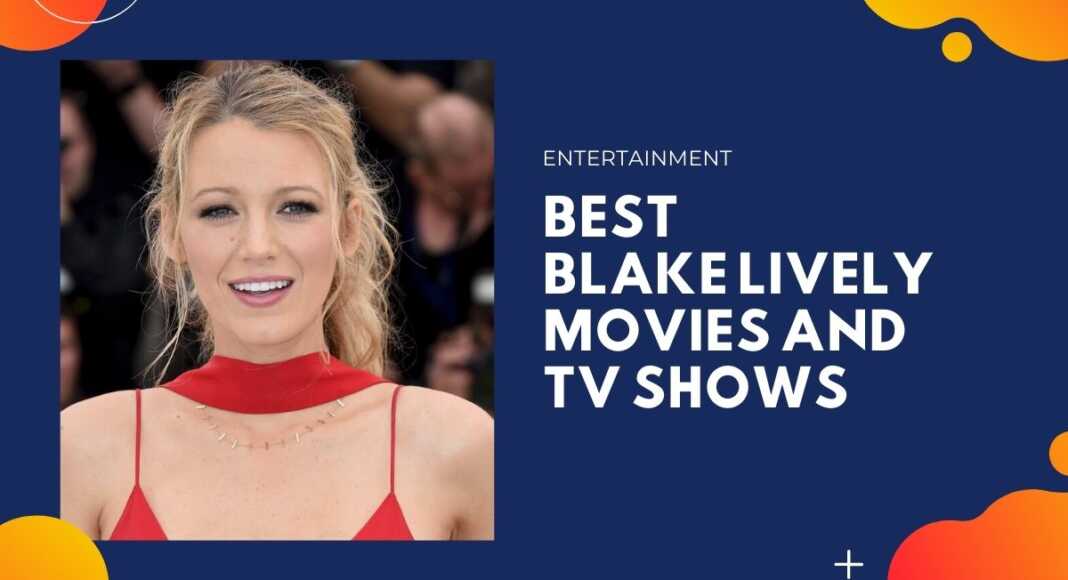 Blake Lively Movies and TV Shows: Are you looking for the best Blake Lively movies and tv shows to watch this weekend? Blake Ellender Lively is an American actress. Lively is known for starring as Serena van der Woodsen in the CW drama television series Gossip Girl (2007–2012).

Blake Lively has quickly become one of the most exciting young actresses to watch on the big screen. After graduating from TV to film, Lively has turned heads and won hearts with roles that vary in genre and subject matter.

Her mother, Elaine, worked as a talent scout, and her father, Ernie Lively (né Ernest Wilson Brown, Jr.), is an actor. Lively was named after her grandmother’s brother.

She has an older brother, Eric Lively, two half-sisters, Lori Lively and Robyn Lively, and a half-brother, Jason Lively. Her half-siblings are from her mother’s previous marriage. Both of her parents and all of her siblings are, or have been, in the entertainment industry.

Nancy travels to a secluded beach following the death of her mother. A mere 200 yards from shore, surfer Nancy is attacked by a great white shark, which leaves her stranded on a rock 200 yards from the shore.

Fifty-year-old Pippa Lee’s outwardly perfect suburban life conceals a tumultuous past full of torment and angst. Neglected by her pill-popping mother and exploited by her Aunt’s lover, she meets and marries Herb, a charming book publisher 30 years her senior.

Decades later, Pippa is dutifully accompanying her husband to a retirement community, but soon her anxieties start to bubble to the surface.

Bartleby, an idler, is rejected by all the colleges he applies to opts to create his own institution of higher learning, the South Harmon Institute of Technology, on a rundown piece of property near his hometown with the help of his friends.

Four best friends spend their first summer apart. In a bid to stay connected with one another as their lives start off in different directions: they pass around a pair of secondhand jeans that fits each one of them, despite their different body structures.

Stephanie is a widowed, single mother who works as a vlogger in Connecticut. Her best friend, Emily, seems to have it all – a successful career, a loving family, and a glamorous lifestyle.

When Emily mysteriously disappears one day, Stephanie launches her own investigation by digging into her friend’s past and finding a few surprises along the way.

Adaline Bowman has miraculously remained a youthful 29 years of age for nearly eight decades, never allowing herself to get close to anyone lest they discover her secret.

When a weekend with Ellis’ parents threatens to expose the truth, Adaline makes a decision that changes her life forever.

A proficient group of thieves rob a bank and hold Claire, the assistant manager, hostage. Things begin to get complicated when one of the crew members falls in love with Claire.

Two high-quality weed dealers Ben and Chon from the US rely on a controversial anti-narcotic government official to liberate their kidnapped girlfriend from a ruthless Mexican drug cartel.

Gossip Girl is an American teen drama television series based on the novel series of the same name written by Cecily von Ziegesar. Developed for television by Josh Schwartz and Stephanie Savage, it was broadcast on The CW network for six seasons.

Blair Waldorf is a popular student at her private school and envied by one and all. But, her perfect life is unsettled when her ex-best friend enrolls in the same institution.