Learn everything you need to know about foods to avoid during pregnancy. 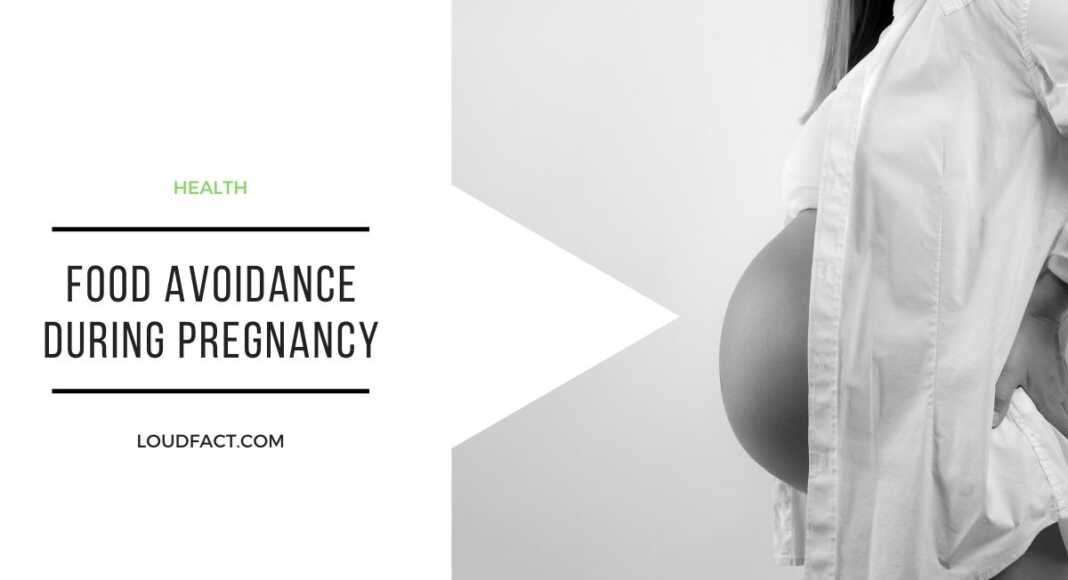 While bringing a new baby into this world is exciting and fulfilling, pregnancy is also a nine-month journey that requires a lot of patience and wisdom. That’s why Pregnant women must figure out what they should drink and eat during these nine months, while carefully sorting through people’s opinions.

The chances of having to sort through opinions from strangers, family members, and medical professionals are high. In this article, we try to help you figure out the foods you should avoid during pregnancy to keep you and your baby safe.

We understand that the barrage of all the ‘dos’ and ‘don’ts’ during pregnancy can be even more stressful than the pregnancy itself. To help you eat healthy while also minimizing stress and risk, here’s what you should do:

Be Careful with Processed Meats 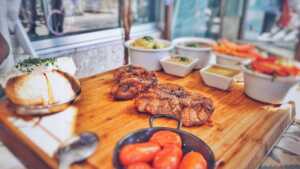 There are different types of bacteria, parasites, and viruses that linger in foods and can potentially put pregnant women in danger.

Processed meats raise concerns about listeriosis, a bacterial infection that puts pregnant women at risk of experiencing mild or nonexistent symptoms that can be dangerous to the fetus – including preterm labor, miscarriage, or stillbirth.

During pregnancy, your immunity is altered, which makes you more susceptible to consequences brought about by foodborne illnesses.

Certain ready-to-eat meat products like sausages, hot dogs, as well as store-bought meat-based salads made with ham or chicken are linked to causing listeria infections. Deli meats and cold cuts are also familiar sources of listeria.

Hence, for the next nine months, you should re-consider buying deli meats and cheeses from deli counters. We also recommend avoiding meat spreads, refrigerated pates, smoked seafood, produce like lettuce and cantaloupe, carpaccio, and dairy products such as soft cheeses and ice cream.

However, since high temperatures kill bacteria, it can be safe to cook these high-risk foods until steaming. A fully cooked hot dog or hot open-faced turkey sandwich will do the trick.

You could also consider making your alternatives such as freshly prepared egg salad, a salmon salad made from canned salmon, or a banana and peanut butter sandwich. 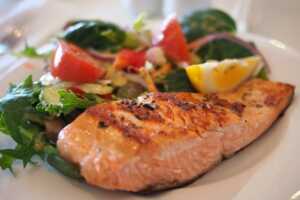 Fish has always been an essential addition to our diet, and it is packed with nutrition fundamental for a healthy diet. Not only is fish rich in essential vitamins, proteins, and minerals, it also supplies healthy omega-3 fatty acids that assist in heart and brain health, as well as the fetus’s retina and brain development.

However, during pregnancy, you might want to reconsider your fish choices. Most fish have mercury, a metal believed to cause brain damage and hearing and vision problems for fetuses exposed in the womb.

Some fish types tend to have more mercury levels than others like swordfish, bigeye tuna, king mackerel, shark, and orange roughly, and it’s best to avoid them.

You can consume a variety of low-mercury fish types like flounder, sardines, cod, salmon, canned light tuna, or shrimp in small servings. You can also have one serving of moderate-mercury fish per week like snapper, halibut, or albacore tuna.

However, as per Consumer Reports analyzed back in 2014, it is safer for pregnant women to avoid all types of tuna, including canned tuna, because you don’t really know the number of unsafe levels of toxin in canned tuna.

We recommend talking with your ob-gyn to formulate the best diet plan for you where fish is involved.

Be Extra Careful with Raw Foods is Essential

Raw foods, particularly raw fish, are known to harbor parasites like the anisakiasis worm known to cause nausea, abdominal pain, diarrhea, and vomiting. Raw fish is frozen before they are sold for consumption in the United States, such as Sushi, which halts bacteria growth like salmonella, but they’re still present.

Stay Away From Unpasteurized Drinks

Heating foods to kill harmful bacteria, also known as pasteurization, has ensured that most foods are safe to consume for pregnant women.

Hence, we recommend that pregnant women be on the lookout for juices, milk, dairy, as well as other products that haven’t gone through pasteurization.

Unpasteurized milk can harbor germs such as salmonella, listeria, cryptosporidium, or campylobacter. The good news is that most juices sold in the US are pasteurized. However, some refrigerated drinks sold at local organic juice joints, high-end chains, farm stands, and corner bodegas may not be.

Unless you see an ‘unpasteurized’ label on the drink, we recommend that you stay away from the drink. If you are unsure about the drink, then leave it be.

Alcohol is Not Your Friend 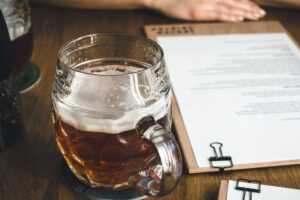 Even though light-to-moderate drinking is not entirely harmful, consuming alcohol during pregnancy is a big deal. However, no amount of alcohol is safe for pregnant women.

Drinking alcohol during pregnancy could pose behavioral issues like difficulty interacting with other children or poor impulse control on your child. It is safer to not consume alcohol at all during pregnancy.

Stick to One Cup of Coffee if you Must Take Coffee

Research has linked coffee consumption as well as other sources of caffeine intake to increased risks of preterm birth, miscarriage, and low birth weight children.

However, the research is not really definite about how much caffeine you should consume, hence if you must take coffee, stick to one cup.

Stay Away from Sprouts

We recommend staying away from all raw sprouts, including mung bean, alfalfa, clover, and radish because they pose a considerable risk to pregnant women.

With sprouts, especially raw sprouts, seeds may be contaminated by bacteria found in animal manure during the postharvest stage or in the field. During sprouting, these bacteria tend to grow at high levels and can be impossible to wash out.

Hence, consider asking for a sandwich without alfalfa sprouts or a pad Thai without bean sprouts.

Stay Away from Raw Eggs

Eggs contain salmonella, bacteria that cause infections that could result in nausea, fever, diarrhea, vomiting, and dehydration. Salmonella infections from raw eggs during pregnancy could result in severe complications for both you and the baby.

If you must consume eggs, we recommend that you cook them at 160 degrees or more to make sure they are safe for eating since salmonella can’t withstand high heat.

Make sure to thoroughly cook the egg whites, as well as the yolks before, consume. Stay clear of the runny eggs for these nine months.

You will also have to stay away from raw egg products found in certain foods and drinks such as Caesar dressing, Hollandaise sauce, raw cookie dough, meringue, eggnog, aioli, tiramisu, and mousse.

To learn more about the foods that are safe for consumption and those to stay away from during pregnancy, visit childmode.com.