Best Fantasy Movies On Netflix To Watch This Weekend

From Jack the Giant Slayer To Bright, here are the best fantasy movies on Netflix this weekend. 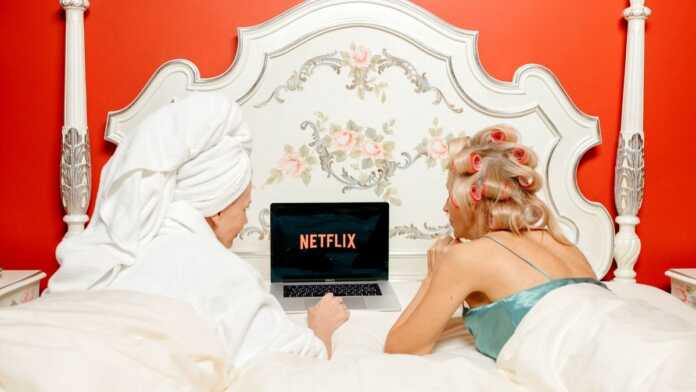 Netflix is an over-the-top content platform and production company that provides subscription-based streaming services offering online streaming from a library of films and television series, including those produced in-house.

With hundreds of movies being added every day, it’s hard to find the best fantasy movies that are worth watching movies. This makes it very difficult to narrow it down to just a few.

In a futuristic, totalitarian Britain, a freedom fighter known simply as V, uses terrorist tactics to fight the oppressive society. Evey aids him in his mission to bring down the government.

This 2005, fantasy genre-based film undoubtedly falls into the list of the best fantasy movies to watch on Netflix.

In an alternate present-day, humans, orcs, elves, and fairies have been coexisting since the beginning of time. Two police officers, one a human, the other an orc, embark on a routine night patrol that will alter the future of their world as they know it.

Battling both their own personal differences as well as an onslaught of enemies, they must work together to protect a young female elf and a thought-to-be-forgotten relic, which, in the wrong hands, could destroy everything.

The special effects are perfect, just enough to further the storyline and not take over the plot.

A group of strangers in a diner suddenly find themselves surrounded by demons. Their only hope lies in Michael, an archangel, who wishes to protect the unborn child of the restaurant’s waitress.

4. MOWGLI: Legend Of The Jungle

Human child Mowgli is raised by a wolf pack in the jungles of India. As he learns the often harsh rules of the jungle, under the tutelage of a bear named Baloo and a panther named Bagheera, Mowgli becomes accepted by the animals of the jungle as one of their own, but the fearsome tiger Shere Khan doesn’t take a liking to him. But there may be greater dangers lurking in the jungle, as Mowgli comes face to face with his human origins.

Lyra Belacqua is a young orphan who journeys to the far North, accompanied by Gyptians and an armored bear. She is on a mission to rescue her best friend and other kidnapped children.

Before watching out for the movie and check out the IMDB rating, this film got a rating of 6.1/10. The effects are mind-blowing in this movie, which is the beautiful part of the film.

Dark Shadows is an American Fantasy Horror and a comedy flick for viewers to watch on Netflix. The story is about a witch and a vampire. The witch curses the vampire, and the vampire returns from the coffin after a long time, and from there, the story takes a different route, which will tickle your bones.

Jack, a young farmhand, must save Princess Isabelle from the giants after one of the magic beans that a monk gives him in exchange for his horse sprouts a giant beanstalk into the realm of the giants.

Twin brothers Jared and Simon Grace move into Spiderwick Estate with their mother and sister. Once there, they find themselves surrounded by magical creatures.

This is fantasy movie serves its function since it entertains us a lot. It has a story that hooks you from the 20-minute mark and holds for in front of your TV screen.