12 Best Wrestling Movies Of All Time

From Foxcatcher to Warrior, here is the list of best wrestling movies you can't miss. 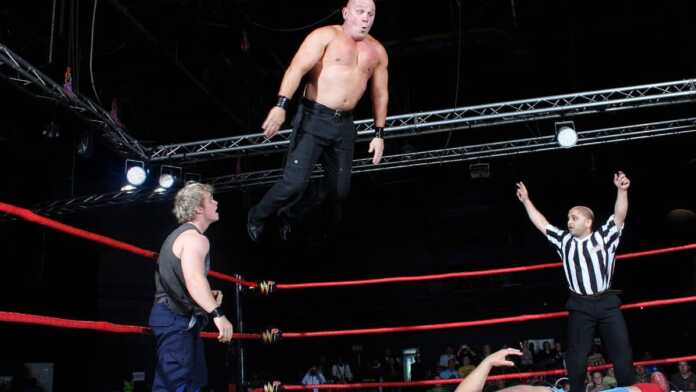 Legendary is a 2010 American sports drama film directed by Mel Damski. A delicate teenager joins his school’s wrestling team and gets trained to become a wrestler, in the hope that doing so will reunite his troubled family that was separated after his father’s death.

The Wrestler is a 2008 American sports psychological drama film directed by Darren Aronofsky and written by Robert Siegel. Rourke plays an aging professional wrestler who, despite his failing health and waning fame, continues to wrestle in an attempt to cling to the success of his 1980s heyday. He also tries to mend his relationship with his estranged daughter and to find romance with a woman who works as a stripper.

Ready to Rumble is a 2000 American buddy comedy film directed by Brian Robbins and written by Steven Brill, which is based on Turner Broadcasting’s now-defunct professional wrestling promotion, World Championship Wrestling (WCW). The movie draws its title from ring announcer Michael Buffer’s catchphrase, “Let’s get ready to rumble!” The movie features many wrestlers from WCW.

Beyond the Mat is a 1999 American documentary film directed, written, produced and narrated by Barry W. Blaustein. The film focuses on the lives of professional wrestlers outside of the ring, primarily Mick Foley, Terry Funk, and Jake Roberts, as well as some aspiring wrestlers.

It focuses on the World Wrestling Federation (WWF), Extreme Championship Wrestling (ECW) during its rise in popularity, and many other independent wrestlers and organizations. The film was originally released in U.S. theaters in March 2000.

Nacho Libre is a 2006 sports comedy-drama film directed by Jared Hess and written by Jared and Jerusha Hess and Mike White. It stars Jack Black as Ignacio, a Catholic friar and lucha libre fan who secretly moonlights as a luchador to earn money for the orphanage where he works. The film is loosely based on the story of Fray Tormenta, a real-life Mexican Catholic priest who had a 23-year career as a masked luchador to support the orphanage he directed.

No Holds Barred is a 1989 American action film produced by Michael Rachmil, directed by Thomas J. Wright, written by Dennis Hackin and starring professional wrestler Hulk Hogan. It is owned by WWE under a “Shane Distribution Company” copyright and was released by New Line Cinema on June 2, 1989. A TV-network boss (Kurt Fuller) pits a wrestler called Zeus against a wrestler called Rip (Hulk Hogan) in a racial match.

Win Win is a 2011 American sports comedy-drama film written and directed by Tom McCarthy. A struggling lawyer and volunteer wrestling coach’s chicanery comes back to haunt him when the teenage grandson of the client he has double-crossed comes into his life.

American Wrestler: The Wizard is a 2016 American sports biographical film directed by Alex Ranarivelo. A teenage boy adjusting to life in a new town combats the disapproval and scorn of his uncle, his classmates, and his neighbors when he joins his school’s floundering wrestling team, only to become the squad’s star member.

Warrior is a 2011 American sports action film directed by Gavin O’Connor. Ex-Marine Tommy returns home and gets his father to train him for a mixed martial arts contest. But his fight has more at stake than simply the prize money since he is going to fight his own brother.

Set against the backdrop of a suburban high school in Middle America, Beyond the Mat is the coming of age tale of Aaron Miller. Amidst the struggle of a disintegrating friendship, the tormenting of a crosstown wrestling rival, and the blossoming of a new love, Aaron is forced to come to terms with who he really is.

Aaron’s friendship is put on the line when best friend Bo, blinded by the desire for a rematch against crosstown wrestling rival Dominic, robs Aaron of his spot on the varsity wrestling team. Aaron is torn between his loyalty to his friend and his commitment to his sport. Fueled by the desire to succeed and the need to prove himself, Aaron embarks on a journey of self discovery.

The drama culminates in an explosive finale at the State Wrestling Championship where more than just pride is on the line. It’s a tale about two best friends, a chronicle about minority experiences in America, an uncensored look into the perilous world of high school wrestling, and ultimately the story of a teen who overcomes self doubt to find his true place.

Team Foxcatcher is a 2016 documentary film directed by Jon Greenhalgh telling the story of billionaire John du Pont’s involvement in the shaping of the US Olympic Wrestling Team by building expensive training facilities on his home property, called ‘Foxcatcher’.