From Titanic to Forrest Gump, here are the best oscar winning movies. 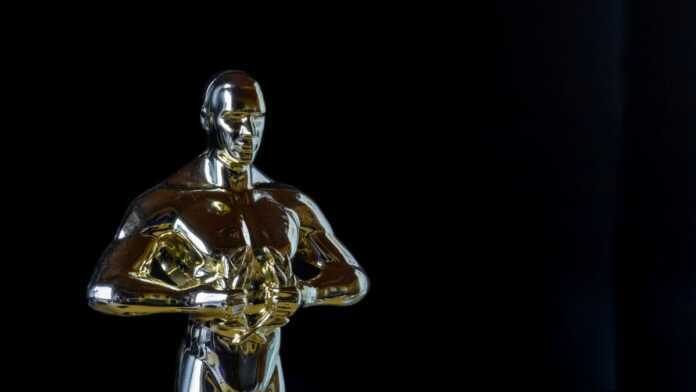 La La Land is a 2016 American romantic musical comedy-drama film written and directed by Damien Chazelle. It stars Ryan Gosling and Emma Stone as a struggling jazz pianist and an aspiring actress, respectively, who meet and fall in love while pursuing their dreams in Los Angeles.

Sebastian (Ryan Gosling) and Mia (Emma Stone) are drawn together by their common desire to do what they love. But as success mounts, they are faced with decisions that begin to fray the fragile fabric of their love affair, and the dreams they worked so hard to maintain in each other threaten to rip them apart.

Titanic is a 1997 American epic romance and disaster film directed, written, produced, and co-edited by James Cameron. Incorporating both historical and fictionalized aspects, it is based on accounts of the sinking of the RMS Titanic, and stars Leonardo DiCaprio and Kate Winslet as members of different social classes who fall in love aboard the ship during its ill-fated maiden voyage.

The Hurt Locker is a 2008 American war thriller film directed by Kathryn Bigelow and written by Mark Boal. The film follows an Iraq War Explosive Ordnance Disposal team who are targeted by insurgents and shows their psychological reactions to the stress of combat. Boal drew on his experience during embedded access to write the screenplay.

The film presents three stages in the life of the main character: his childhood, adolescence, and early adult life. It explores the difficulties he faces with his sexuality and identity, including the physical and emotional abuse he endures growing up.

Slumdog Millionaire is a 2008 British musical drama film that is a loose adaptation of the novel Q & A (2005) by Indian author Vikas Swarup. It narrates the story of 18-year-old Jamal Malik from the Juhu slums of Mumbai.

Hacksaw Ridge is a 2016 biographical war film directed by Mel Gibson and written by Andrew Knight and Robert Schenkkan, based on the 2004 documentary The Conscientious Objector directed by Terry Benedict.

The film focuses on the World War II experiences of Desmond Doss, an American pacifist combat medic who, as a Seventh-day Adventist Christian, refused to carry or use a weapon or firearm of any kind.

Rocky is a 1976 American drama film directed by John G. Avildsen and written by and starring Sylvester Stallone. It is the first installment in the Rocky franchise. In the film, Rocky Balboa (Stallone), an uneducated, small-time club fighter and debt collector gets an unlikely shot at the world heavyweight championship held by Apollo Creed (Weathers).

Schindler’s List is a 1993 American epic historical drama film directed and produced by Steven Spielberg and written by Steven Zaillian. It is based on the 1982 non-fiction novel Schindler’s Ark by Australian novelist Thomas Keneally.

The film follows Oskar Schindler, a German industrialist who saved more than a thousand mostly Polish-Jewish refugees from the Holocaust by employing them in his factories during World War II.

Forrest Gump is a 1994 American comedy-drama film directed by Robert Zemeckis and written by Eric Roth. It is based on the 1986 novel of the same name by Winston Groom and stars Tom Hanks, Robin Wright, Gary Sinise, Mykelti Williamson and Sally Field.

The film follows several decades in the life of a slow-witted and kindhearted Alabama man named Forrest Gump (Hanks) and his experiences in the 20th-century United States. The film differs substantially from the novel.