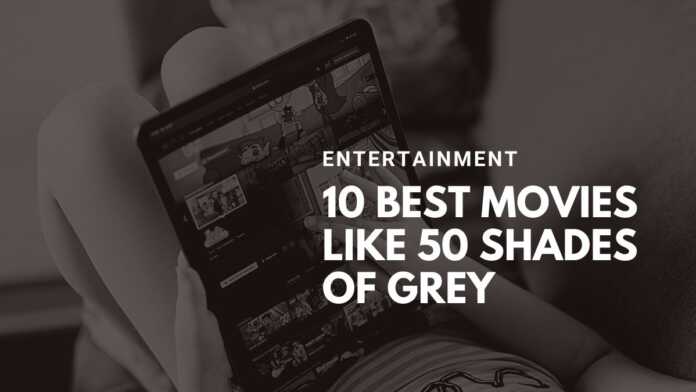 Ever since Fifty Shades of Grey has become a popular go-to sexual fantasy film for people who love erotic-romantic movies, people look for more R-rated content in their lives. Little they know that there are plenty of sexy movies around that are worth giving a shot.

Successful and handsome New Yorker Brandon (Michael Fassbender) seems to live an ordinary life, but he hides a terrible secret behind his mask of normalcy: Brandon is a sex addict. His constant need for gratification numbs him to just about everything else.

However, when Sissy (Carey Mulligan), Brandon’s needy sister, unexpectedly blows into town, crashes at his apartment and invades his privacy, Brandon is finally forced to confront his addiction head-on.

Lee Holloway (Maggie Gyllenhaal), a young woman with a history of severe emotional problems, is released into the care of her overbearing parents following a stay at a mental institution.

She finds work as a secretary for a rigid and demanding attorney, E. Edward Grey (James Spader), and starts dating the kind but dull Peter (Jeremy Davies). However, Lee soon realizes she’s turned on by Grey’s stern demeanor, and begins a sadomasochistic relationship with him.

Detective Nick is tasked with investigating the murder of Johnny Boz. He suspects Johnny’s girlfriend Catherine to be responsible for the act, but things take a turn when he falls in love with her.

Two lifelong best friends (Robin Wright, Naomi Watts) each begin a steamy affair with the other’s son, but trouble begins to brew when one of the two young men desires a lover his own age.

Two years later Jung and Sabina meet Freud in person, and Jung takes over the treatment of Otto Gross, whose influence leads Jung to begin an affair with Sabina, contributing to a rift with Freud.

What begins as a courtship, though, becomes extremely sexual, as John begins to push for more daring and kinky scenarios, including striptease and bondage.

Although their passion is strong, Elizabeth starts to realize that John is not sharing any part of his life besides sex. She must make a decision about what she wants from their relationship.

After Dr. Bill Hartford’s (Tom Cruise) wife, Alice (Nicole Kidman), admits to having sexual fantasies about a man she met, Bill becomes obsessed with having a sexual encounter.

He discovers an underground sexual group and attends one of their meetings and quickly discovers that he is in over his head.

Connie, a married woman, bumps into Paul, a handsome stranger, and finds herself attracted to him. However, when she pursues an extra-marital affair with him, Edward, her husband, gets suspicious.

A night of casual sex between a New York novelist (Chris Messina) and an accountant (Marin Ireland) from Seattle unexpectedly leads to a long-distance relationship that lasts for several years.

Tara, a princess, and Maya, her beautiful maid servant, are childhood friends. When they grow up, they become each other’s rivals, as Maya seduces Tara’s husband-to-be.