Best Dance Movies Ever Made To Watch With Friends

From Step Up to Born to Dance, here is the list of best dance movies ever made. 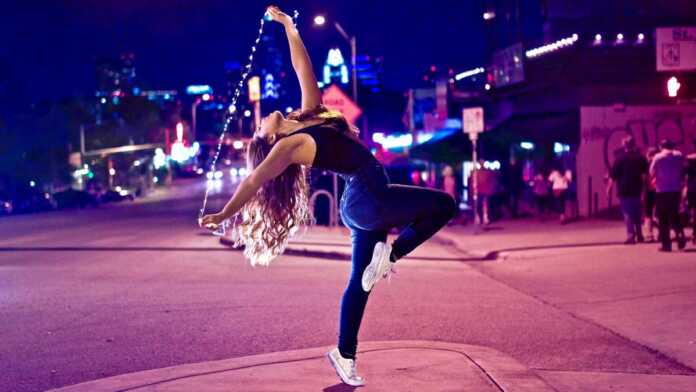 Best Dance Movies Ever Made: A dance movie is a movie in which dance is used to reveal the central themes of the movie, whether these themes be connected to narrative or story, states of being, or more experimental and formal concerns. There are tons of great dance movies throughout history to prove that most people keep coming back for more.

Best Dance Movies Ever Made

Yeh Ballet is a Netflix Original Film written and directed by Sooni Taraporevala and produced by Siddharth Roy Kapur. The film is a fictionalized version of a short documentary by Taraporevala by the same name.

Discovered by an eccentric ballet master, two gifted but underprivileged Mumbai teens face bigotry and disapproval as they pursue their dancing dreams.

This 2017 movie follows the original dance academy TV show and tracks where the characters are in their lives now. After a devastating injury stalls her dance career, Tara Webster risks it all by leaving her student life in Sydney to make a comeback in New York against all odds.

Step Up is a 2006 American teen romantic dance drama film directed by Anne Fletcher from a screenplay by Duane Adler and Melissa Rosenberg and a story by Adler.

Set in Baltimore, Maryland, the film follows the tale of the disadvantaged Tyler Gage (Tatum) and the privileged modern dancer Nora Clark (Dewan), who find themselves paired up in a showcase that determines both of their futures. Realizing that they only have one chance, they finally work together.

Beat Street is a 1984 American drama dance film featuring the New York City hip-hop culture of the early 1980s. Set in the South Bronx, the film follows the lives of a pair of brothers and their group of friends, all of whom are devoted to various elements of early hip-hop culture, including breakdancing, DJing, and graffiti.

Step Up Revolution is a 2012 American 3D dance film directed by Scott Speer and written by Amanda Brody. It serves as a sequel to Step Up 3D and the fourth installment in the Step Up film series.

Sean, the leader of a dance crew, falls in love with the professional dancer Emily only to realize that her father wants to destroy his neighborhood in Miami with his redevelopment plans.

High Strung is a 2016 American drama film directed by Michael Damian and written by Janeen Damian and Michael Damian. The film was released on April 8, 2016, by Paladin. Johnny, a violinist, and Ruby, a classical dancer, team up with a dance crew and participate in a competition where losing is not an option.

Magic Mike is a 2012 American comedy-drama film directed by Steven Soderbergh. The plot revolves around Adam, a 19-year-old who enters the world of male stripping, guided by Mike Lane, who has been in the business for six years.

The film is loosely based on the experiences of Tatum, who was an 18-year-old male stripper in Tampa, Florida. The film premiered as the closing film for the 2012 Los Angeles Film Festival on June 24, 2012, and was widely released by Warner Bros. on June 29, 2012, and was a critical and commercial success.

Dirty Dancing is a 1987 American romantic drama dance film written by Eleanor Bergstein, produced by Linda Gottlieb, and directed by Emile Ardolino. It tells the story of Frances “Baby” Houseman, a young woman who falls in love with dance instructor Johnny Castle (Swayze) at a vacation resort.

The film was based on screenwriter Bergstein’s own childhood. She originally wrote a screenplay for the Michael Douglas film It’s My Turn, but ultimately ended up conceiving a story for a film that became Dirty Dancing.

Black Swan is a 2010 American psychological horror film directed by Darren Aronofsky from a screenplay by Mark Heyman, John McLaughlin, and Andres Heinz, based on a story by Heinz.

The production requires a ballerina to play the innocent and fragile White Swan, for which the committed dancer Nina Sayers (Portman) is a perfect fit, as well as the dark and sensual Black Swan, which are qualities better embodied by the new rival Lily (Kunis).

Nina is overwhelmed by a feeling of immense pressure when she finds herself competing for the role, causing her to lose her tenuous grip on reality and descend into madness.

Let’s Dance is a 2019 French family comedy musical drama film written and directed by Ladislas Chollat. It is a remake of the 2010 British 3D film StreetDance 3D.

Joseph (Rayanne Bensetti), a passionate dancer of hip-hop, refuses to enter the company of his father to attempt his luck in Paris. With his girlfriend, Emma (Fiorella Campanella) and his best friend Karim (Mehdi Kerkouche), he joins the Paris crew of Yuri, a famous breaker to attempt to win an international competition of hip-hop.

Born to Dance is a 2015 New Zealand feature film. It was written by Steve Barr, Hone Kouka, and Casey Whelan and is the feature film direction debut by Tammy Davis, best known for his role as Munter in Outrageous Fortune.

Coming of age tale told through the eyes of ‘Tu’, an ambitious young man from Auckland who dreams of being a professional hip-hop dancer.

Make It Happen is a 2008 American dance film directed by Darren Grant and starring Mary Elizabeth Winstead. The screenplay was co-written by Duane Adler, who was a screenwriter for other dance films Step Up and Save the Last Dance.

A young girl travels to the Windy City with hopes of becoming a dancer but ends up working at a burlesque club. Here, she discovers a new style of dance that is about to turn her life around.