From American Hustle to Her, here are some of the best Amy Adams movies to watch. 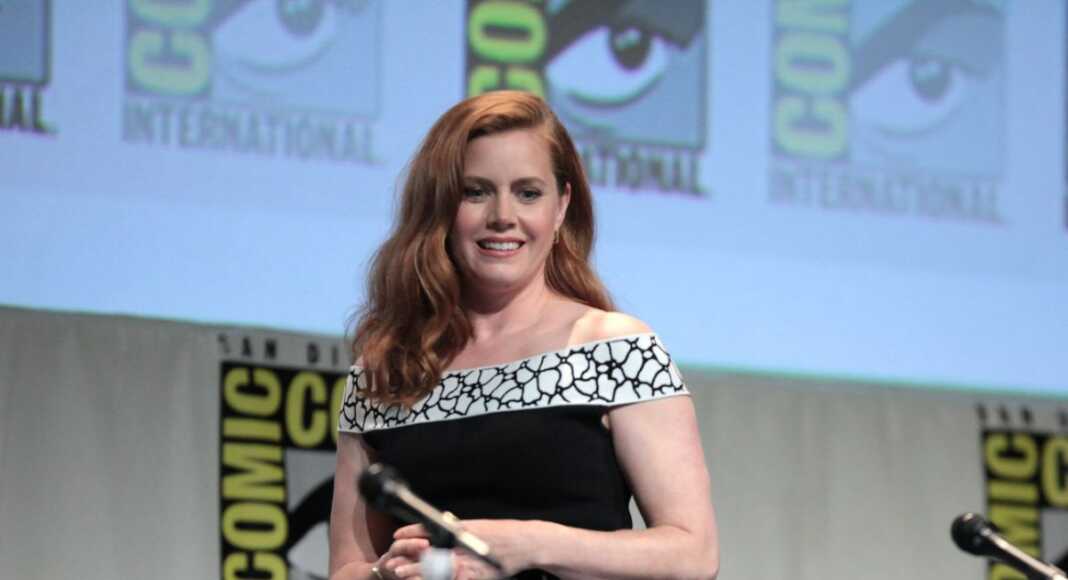 Best Amy Adams Movies: Amy Lou Adams is an American actress known for both her comedic and dramatic roles. She has been featured three times in the annual rankings of the world’s highest-paid actresses. She has received various accolades, including two Golden Globe Awards, in addition to nominations for six Academy Awards, seven British Academy Film Awards, and two Primetime Emmy Awards.

American Hustle is a 2013 American historical black comedy crime film directed by David O. Russell. It was written by Eric Warren Singer and Russell, inspired by the FBI Abscam operation of the late 1970s and early 1980s.

Con artists Irving and Sydney are forced to work for Richie, an FBI agent, who offers them amnesty. However, they are used for a sting operation that leads to the conviction of prominent people.

Arrival is a 2016 American science fiction drama film directed by Denis Villeneuve and adapted by Eric Heisserer, who conceived the project as a spec script based on the 1998 short story “Story of Your Life” by Ted Chiang.

Louise Banks, a linguistics expert, along with her team, must interpret the language of aliens who have come to Earth in a mysterious spaceship.

Theodore Twombly, an introverted writer, buys an Artificial Intelligence system to help him write. However, when he finds out about the AI’s ability to learn and adapt, he falls in love with it.

The Fighter is a 2010 American biographical sports drama film directed by David O. Russell, and stars Mark Wahlberg (who also produced), Christian Bale, Amy Adams, and Melissa Leo. The film was inspired by the 1995 documentary that features the Eklund-Ward family, titled High on Crack Street: Lost Lives in Lowell.

Micky Ward, a struggling boxer, teams up with his older half-brother Dicky Eklund, a recovering cocaine addict, to get his career back on track.

Doubt is a 2008 American drama film written and directed by John Patrick Shanley, based on his Pulitzer Prize-winning and Tony Award-winning 2004 stage play Doubt: A Parable. Produced by Scott Rudin, the film takes place in a Catholic elementary school named for St. Nicholas, led by Sister Aloysius (Meryl Streep).

After a nun observes Father Flynn’s closeness with Donald, a black student and the altar boy, she reports her suspicions to the principal. Together, they try to expose Flynn’s antics.

Nocturnal Animals is a 2016 American neo-noir psychological thriller film written, produced, and directed by Tom Ford in his second feature, based on the 1993 novel Tony and Susan by Austin Wright.

Susan receives a manuscript of her ex-husband Edward’s new novel and finds it very compelling. However, the story forces her to confront several disturbing truths about their marital life.

Charlie Wilson’s War is a 2007 American biographical comedy-drama film, based on the story of U.S. Congressman Charlie Wilson and CIA operative Gust Avrakotos, whose efforts led to Operation Cyclone, a program to organize and support the Afghan mujahideen during the Soviet–Afghan War (1979–1989).

The Master is a 2012 American psychological drama film written and directed by Paul Thomas Anderson. The film was produced by Annapurna Pictures and Ghoulardi Film Company and distributed by The Weinstein Company.

Freddie, a World War II veteran, is unable to deal with the post-war society. However, when he comes across a religious movement known as The Cause, he finds solace in it.

Enchanted is a 2007 American musical fantasy romantic comedy film directed by Kevin Lima and written by Bill Kelly. Co-produced by Walt Disney Pictures, Josephson Entertainment and Right Coast Productions, it focuses on an archetypal Disney princess-to-be exiled from her animated world into the live-action world of New York City.

Princess Giselle is banished from her kingdom by her lover’s evil stepmother. She is then transported to the real world where she meets a lawyer and finds herself falling for him.

Julie & Julia is a 2009 American biographical comedy-drama film written and directed by Nora Ephron. Julie Powell, a young blogger, is determined to emulate Julia Child’s cooking techniques. Though separated by time, the two women share a common passion for food that intertwines their lives.

Man of Steel is a 2013 superhero film based on the DC Comics character Superman. Produced by Syncopy, it is the first installment in the DC Extended Universe and a reboot of the Superman film series that portrays the character’s origin story. The film is directed by Zack Snyder, written by David S. Goyer from a story by him and Christopher Nolan.

Clark learns about the source of his abilities and his real home when he enters a Kryptonian ship in the Artic. However, an old enemy follows him to Earth in search of a codex and brings destruction.

Leap Year is a 2010 romantic comedy directed by Anand Tucker and written by Harry Elfont and Deborah Kaplan. Leap Year stars Amy Adams and Matthew Goode. Anna Brady decides to travel to Dublin, Ireland, to propose to her boyfriend Jeremy on February 29, a leap day. However, she faces several hindrances on her way to Dublin.