What Does The Slang Word ‘Shawty’ Mean?

The term "Shawty" is mostly used as a nickname. 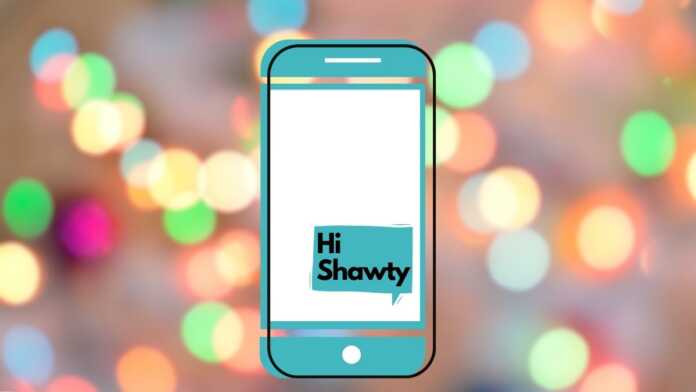 Shawty is generally referred to the word “shorty”. It is a slang version of shorty that typically used to refer to an attractive woman. However to determine the true meaning of it one has to understand the context in which it’s used.

What Does Shawty Mean?

Shawty, shortie, or shorty is an American slang that is commonly used as a term of endearment for an attractive woman or a girlfriend. The slang was popular in hip hop culture from the 2000s and was particularly derived from the word ‘Shorty.’

If you’re the one being called “shawty,” you might take it as a compliment or as an insult depending on your relationship to the person who used it, how it was used, and your personal feelings or beliefs about its use.

“Shawty” is used in several stage names, album names and song lyrics – its frequent use by popular recording artists has made it more of a cool slang.

You can use the slang with people you know are already fine with it and can even refer it to your partner, wife, or friend to call them nicknames, just as a token of admiration towards them.

Prefer to use the term “Shawty” for people who know your good intentions and not with people you have currently begun texting/chatting with.

While some may interpret it as female objectification, others might see it as nothing but a playful form of admiration. It all depends on the context and the people involved.

Some believe that the slang term originated in the city of Atlanta and at first, was used for its association with the word “short” and its literal meaning first appearing as “shorty” before morphing into shawty.

Anyone considered to be short regardless of children, women, and even men could be called shorty.

Nowadays, usually, men refer to women they think are attractive as “shawty” because women are typically shorter in height compared to men. It’s become a popular slang term used frequently by recording artists in their own stage names, album names and song lyrics.

The use of shawty may be followed by other slang terms to indicate the style of language and tone of voice. Here are a few slanged up examples of how shawty might be used in a message with other slang terms.

Shawty – When To Use And When Not To

Shawty is a slang term that should be used properly with attention. Depending upon your context it can either delight or offend others, so the key is to think before you type it and hit the post or send.

You can use it with persons you’re currently texting/chatting and you already know they are fine with that kind of reference. Further, you can use it with your partner, wife, or friend to call them nicknames that suggest your attraction to or admiration of them.

Additionally, you can use it with those persons who know your good intentions will almost always be flattered by it.

You’re just casually referring to someone you’ve either never met, or have met but are not currently texting/chatting with. It’s pretty harmless to refer to someone else as shawty without their knowledge of it unless you’re trying to spread rumors.

Further, you can use it in case of the reference as a compliment. When referring to anyone as shawty, always do so with as much kindness and respect toward them as possible.

When Not To Use

Never use it while referring to an acquaintance or stranger. If you’re texting or chatting with someone you don’t know very well on a personal level, it’s best to avoid calling them shawty. Get to know them personally first before using shawty.

Further avoid using shawty when you’re having a polite, respectful and/or professional conversation. Almost everyone can admit to finding a boss, a coworker, a teacher or any other type of professional attractive. That doesn’t mean it’s appropriate to call them shawty when communicating with them.

Never use the term shawty in a purposefully derogatory way. While some people may find the term derogatory on its own regardless of context, it can certainly be made much worse when you mean it to come off that way.

1. What does it mean when a guy calls you shawty?

Shawty is a slang word of the word “shorty” and is usually referred to an attractive woman.

2. What is the difference between Shorty and Shawty?

3. What’s it mean when a guy calls you Shawty?

Shawty, shorty, or shortie is an American slang used as a term of endearment for an attractive woman or a girlfriend, that was particularly popular in hip hop from the 2000s.

4. What does Shawty BAE mean in text?

Shawty BAE in text typically refers to a young and attractive woman.