This feature will enable users to download shows within the app for an offline viewing experience. 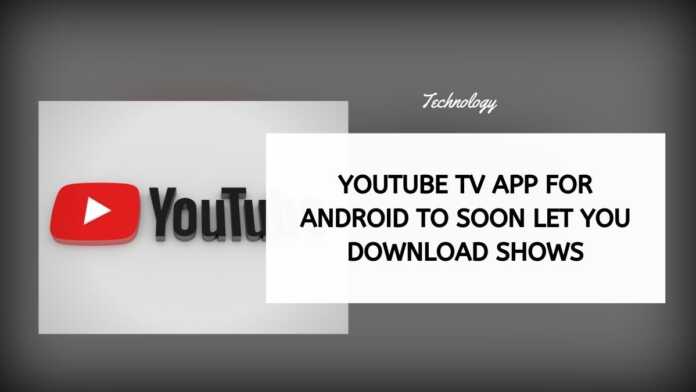 9To5Google reports that Google will soon be releasing version 5.06.2 of the YouTube TV app on Android. Opening the app will generate a ‘Looking for incomplete downloads’ system notification, which is quite similar to the one generated in the YouTube and the YouTube Music apps.

On taking a closer look into the code of the app, the publication found out that the YouTube TV app may soon get the ability to save videos for offline viewing. Apart from that, the app code also indicates the presence of a download button.

Notably, while the functionality is coming to the YouTube TV app, it remains unclear how the company would implement the feature. This means that as of now, there is no clarity of details such as how long the downloaded content will be available offline, what all content can be downloaded, and if there would be a channel-by-channel requirement for this feature.

Google has started rolling out version 5.06.2 of YouTube TV via the Play Store. So, it may not be long before the new download feature is made available to the users.