Testing of Smart Downloads is said to be available for Android users in Europe. 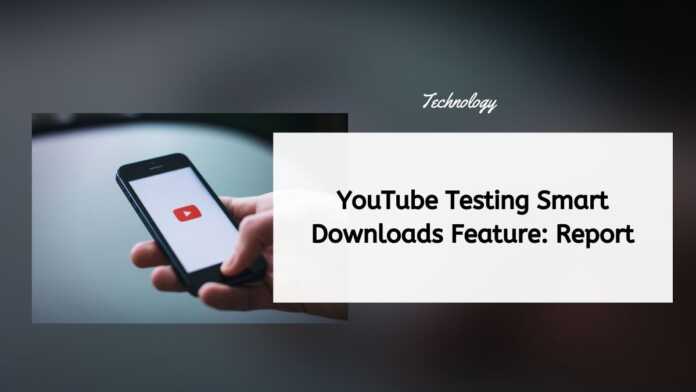 YouTube is reportedly testing a new feature that allows users to enjoy content without relying on a data connection. ​YouTube’s new Smart Downloads feature can automatically download videos when Android devices are connected to Wi-Fi.

The latest Smart Downloads feature could download 20 recommended videos per week. It is reportedly available as an experimental feature for limited subscribers for a limited time.

YouTube Music offers a similar Smart Downloads functionality that automatically downloads music while connected to a Wi-Fi connection based on the previous-listening history of users.

The testing of the new feature for YouTube on Android was first reported by 9to5Google. As per the report, the Smart Downloads feature can automatically download 20 videos every week while the device is connected to Wi-Fi.

Users can access the offline content under the headline Smart Downloads by heading to the Downloads page from the Library tab. As per the report, the testing of the new feature is available for users in Europe. Gadgets 360 was unable to verify the new feature on the YouTube app.

Users without enough phone storage to download all the week’s 20 videos will reportedly receive notifications. Also, the new feature is said to work on the latest version of Android. This feature is available as an experimental feature for Premium subscribers until February 14.

YouTube Music also offers a Smart Downloads feature to Premium members. With this, users can enjoy music offline by downloading their favorite songs and videos to their mobile devices.

Once the Smart Downloads feature is enabled, the app will automatically download content based on the previous listening history of the user when connected to Wi-Fi. Users are recommended to reconnect to the Internet at least once every 30 days to maintain the downloads.

Further, YouTube is reportedly rolling out the Listening Controls feature for Premium users on Android and iOS. The new feature gives users additional controls while listening to music on the platform.

It allows to play, pause, forward and even rewind videos. It is said to be available for US users at the moment. The Listening Controls feature can be accessed by clicking on the three-dot icon on the top right corner of the YouTube video.