YouTube Music’s Android app will now allow users to look for their favorite songs among their locally downloaded music too. 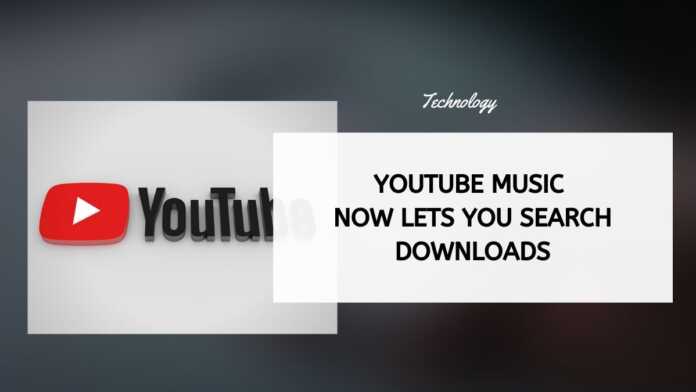 Google recently rolled out an update to the YouTube app that enables users to use left and right tap navigation gestures on the screen in full-screen mode to change the ‘chapter’ in the video.

In addition to that, the company also introduced a new Super Thanks feature for content creators on its platform. Now, word is that the company has started rolling out a new feature on YouTube Music’s Android app that will allow users to look for their favorite songs among their locally downloaded music.

Up until now, when YouTube Music users searched for a song in the app, it would show just the streamable songs within the app. 9To5 Google reports that the company has rolled out an update that shows a new ‘Downloads’ tab between the existing Library and Uploads tabs.

This tab sources songs that are available locally on the device within the app. The report says that it shows results for songs, albums, and playlists. However, artists are not included in the list. It also shows ‘Your Likes’ auto playlist, tapping on which takes them to the top of the playlist.

The report says that this YouTube feature seems to be working even when a user is offline. Simply said, YouTube Music’s Android app will show songs from the Downloaded playlist even when a user is not connected to the internet. Earlier they had to take a longer route, which included Library > Downloads, to access the downloaded song.

This YouTube feature is rolling out to users globally with version 4.40 of the YouTube Music for Android app. However, if you haven’t received the update yet, the publication recommends Force Stopping the Android app from the phone App Info section of the phone.