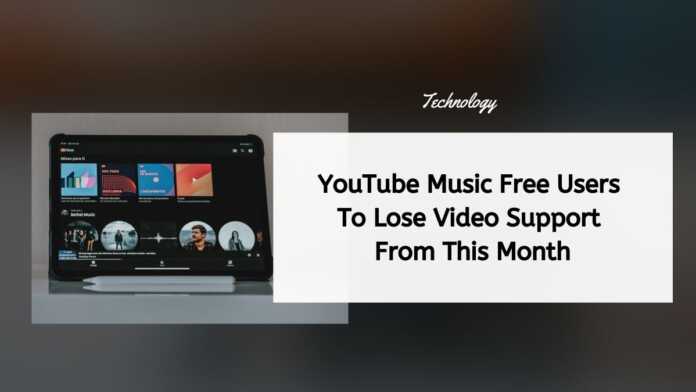 YouTube Music free tier users will soon get background playback support starting as part of a change to the company’s ad-supported service. They will get this feature in November. However, the changes also take away a feature from free users, limiting the video streaming feature in YouTube Music to Premium users.

Until now, YouTube Music free users were unable to continue listening to music on their phones when the app was not open or when the screen was turned off. This meant that users would either have to keep their screen awake and not switch to other apps, or the streaming would stop.

Starting in November, free users will be able to stream music with background play, a feature previously limited to YouTube Premium or Music Premium subscribers.

However, just like Google has added a feature, the company has also taken away a feature. Watching videos in the YouTube Music app will only work if you have a Premium subscription, and free users will have access to only the music tracks on their devices. However, users on the free tier will still be able to watch music videos on the regular YouTube app.

If this is something you are looking forward to, or hoping doesn’t arrive, you might have some respite – according to 9to5Google, the change will first roll out in Canada on November 3. This means that the changes could roll out to other regions at a future date, but those are not currently available.

It remains to be seen whether Google changes its pricing, now that Apple has launched a new Siri-powered Apple Music plan that it calls the “Voice Plan” that is set to come to a handful of countries, announced at Apple’s Unleashed event.