This feature briefly appeared for some YouTube Premium users. 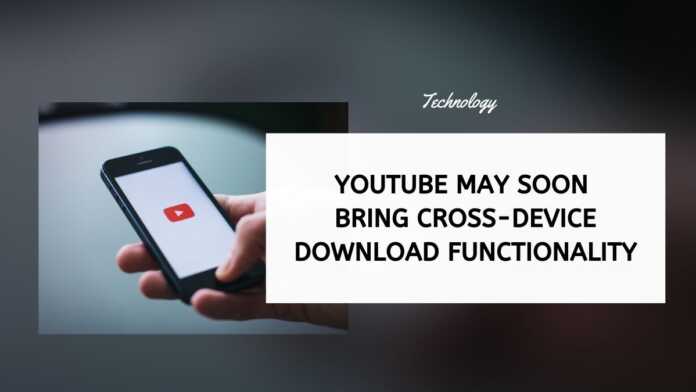 YouTube is working on a new feature that will make offline viewing much better. As spotted by AndroidPolice, YouTube may soon allow users to download videos on multiple devices. Basically, if you download a video on your phone, it may also appear on other devices which has your YouTube app.

As of now, the feature is not live, but the option briefly appeared under the Background and download settings for some YouTube Premium users, added the report. The option was available on both stable and beta versions for these select groups of users.

According to the report, when users tapped on the option, they were shown a pop-up asking which device they want the app to be synced.

The pop-up also features a toggle that says, “Allow downloading to this device.” As said earlier, the feature hasn’t gone live, and it did not work during what appears to be a brief test period.

At the moment, it is not clear when or if the feature will see the light of the day. Nonetheless, it would be quite useful for users who frequently switch devices or use two or more devices together.

That said, YouTube is working on multiple new features for its users. Just recently, it added support for 8K videos on YouTube TV. It is also testing new functionality that makes it easier to add a timestamp in the comments section.

Another new feature in the works is the ability to add automatic video chapters. The feature enables creators to set up different chapters with the caption. It is said to help viewers quickly skip to the part they want to watch. YouTube’s upcoming feature is likely to be useful for long-format videos.