Super Thanks are available at four price points varying between $2 and $50. 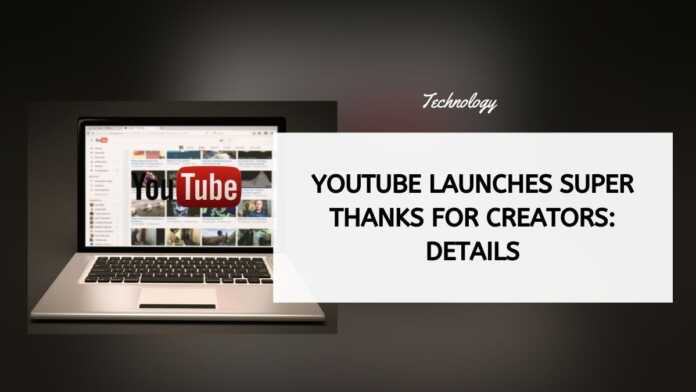 Super Thanks, as mentioned before, lets fans show their support for their favorite creators by purchasing it. As of now, Super Thanks are available at four price points varying between $2 and $50. Once fans purchase a Super Thanks, they will see an animated GIF and a bonus.

They will also get a distinct, colorful comment to highlight their purchase, which creators can respond to. YouTube says that just like Super Chat and Super Stickers, Super Thanks does double duty for creators, that is, keeping their connections with fans meaningful while also giving them a new way to make money.

Super Thanks is currently in beta on YouTube’s desktop-based platform and its Android and iOS-based mobile apps. It is available to users in 68 countries.

YouTube says that its Super Thanks feature will be available to all eligible creators in the YouTube Partner Program later this year.