YouTube has also added “Who’s Watching” and HDR support on PS4 and PS4 Pro with its latest update. 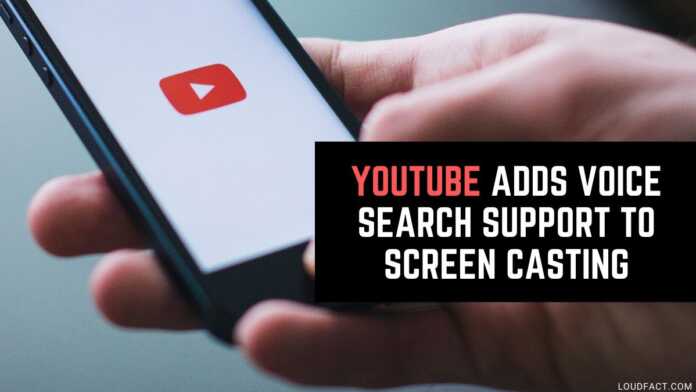 Google now lets you search for videos on YouTube with voice commands when you’re casting the app on a bigger screen. The latest feature is available for both Android and iOS platforms.

Apart from deeper voice search integration, YouTube has added a new “Who’s Watching” feature which allows you to switch between different YouTube profiles on your smartphone. Google says the feature will allow better personalization for different individuals using the same account.

YouTube also updated the navigation menu which has been relocated to the left-hand side of your device. The profile icon is now more prominently seen on the menu.

Google said it is working to expand YouTube’s support on different devices and screen resolutions. Users can now stream YouTube in HDR on PS4 and PS4 Pro devices.

“Earlier this year, we launched the official YouTube app on Amazon Fire TV devices, giving Fire TV users access to a diverse library of video content including music, how-to videos, entertainment, news, gaming, and of course, all your favorite YouTube creators. The official YouTube app also works with Alexa, making it easier than ever to watch all your favorite YouTube videos on Fire TV,” said Google in a blog post.

How to use YouTube’s new voice search feature

Step 1: Open the updated YouTube app on your mobile device.

Step 2: Mirror the application on your screen by tapping on the Cast button.

Step 3: Tap on the overlay on your device’s screen. The overlay features a volume slider and connects/disconnects buttons. Here, you’ll notice a new “voice search” option.