These broadcasts appeared at the top of the YouTube page for the search term “election results” and were watched by many online viewers. 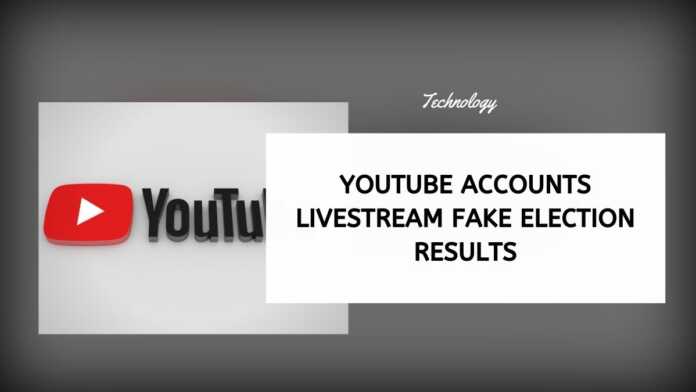 Several YouTube accounts live-streamed fake U.S. election results to tens of thousands of viewers hours before any of the polls closed and before YouTube took the clips down as spam.

Each showed a mock presidential election map filled in with theoretical results. These broadcasts appeared at the top of the YouTube page for the search term “election results” and were watched by many online viewers. Some of the clips ran advertisements.

“After careful review, we are removing live streams that violate our Community Guidelines,” a YouTube spokeswoman said in an email.

“We have established policies prohibiting spam, deceptive practices & scams, and we continue to be vigilant with regards to election-related content in the lead-up and post-election period.”

YouTube, the video arm of Alphabet Inc.’s Google, has said it is surfacing more news channels to viewers. But these fake election-result clips came from YouTube accounts devoted to music and stock trading tips. They likely exploited the preference YouTube’s algorithms have for long, live-streamed footage about current events.

At one point on Election Day, the top four results on YouTube for the search “presidential election results” included these fake videos, according to technology publication Insider, which reported the news earlier.