The company also shared that the feature had reached a total of 8,640,477 devices, which not only includes smartphones but also TVs. 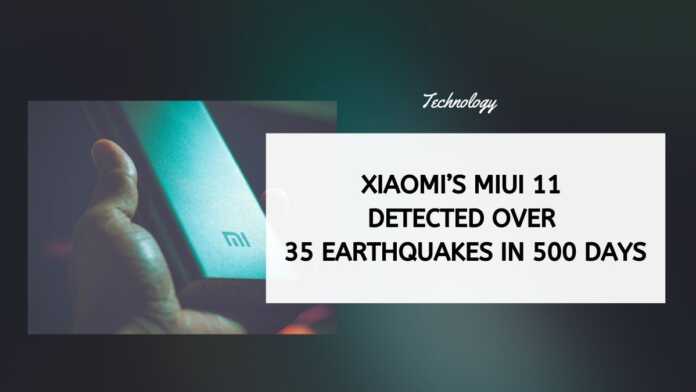 When Xiaomi first rolled out MIUI 11 on its platform last year, it brought support for a feature that enabled MIUI-powered smartphones to caution people about the upcoming earthquakes. Now, the company has shared the progress the feature has made so far.

Xiaomi in a post on Weibo (via GizChina) has shared the feat that its earthquake detection feature has achieved since its launch. According to the company, the feature has been online for over 500 days, and that it had successfully detected over 35 earthquakes of magnitude 4.0 or higher.

The company also shared that the feature had reached a total of 8,640,477 devices, which not only includes smartphones but also TVs.

In addition to this, the company said that the feature was available in 25 provinces across China. This means if you are living elsewhere and using a Xiaomi smartphone, you are out of luck as the feature won’t work for you.

Lastly, the company said that it was planning to make this feature better by cooperating with the Disaster Mitigation Research Institute.

The publication reports that Xiaomi also plans to cooperate with the National Early Warning Release Center, National Emergency Broadcasting, and China Earthquake Networks to improve its earthquake warnings and hence get more people to use it.