As per a new report, future Xiaomi phones will not carry the Mi branding. 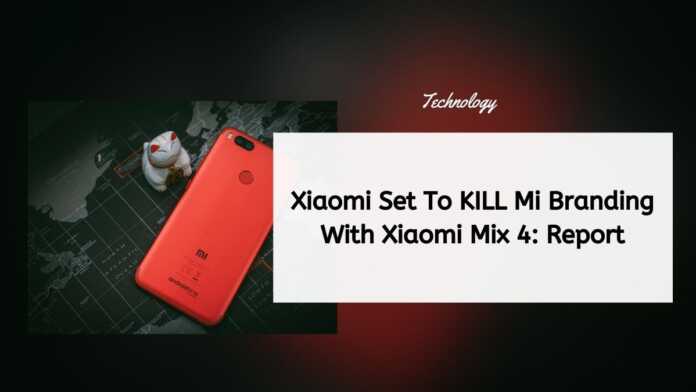 Recent reports suggest that Xiaomi is dropping the ‘Mi’ branding from its products. The company is said to simply use ‘Xiaomi’ moving forward. The change in branding has already kicked off with the launch of the company’s latest flagship smartphone, the Mix 4.

The Xiaomi Mix 4 was launched in China earlier this month, and it doesn’t carry the ‘Mi’ branding. Mi branding has been in existence for about 10 years now, so it’s still unclear if the change in branding is only for the company’s smartphone vertical or for all the Mi-branded products.

According to a report from XDA developers that cites a company representative, all of the company’s upcoming products will come with Xiaomi branding instead of the Mi branding. It is also rumored that the latest tablet series from Xiaomi is still called Mi Pad 5 and Mi Pad 5 Pro.

The recently released Mix 4 carries the latest changes. Instead of being called the Mi Mix 4 in accordance with the previous generation phones like the Mi Mix 3 and Mi Mix 2, it is named Xiaomi Mix 4.

As of now, it is unclear if the new change will come into effect in the Indian market. To recall, the first Mi-branded smartphone, the Xiaomi Mi 1, was launched in August 2011. Hence, making the brand almost 10 years old.