Microsoft said that titles running at 60fps will run at a speed of 120fps. 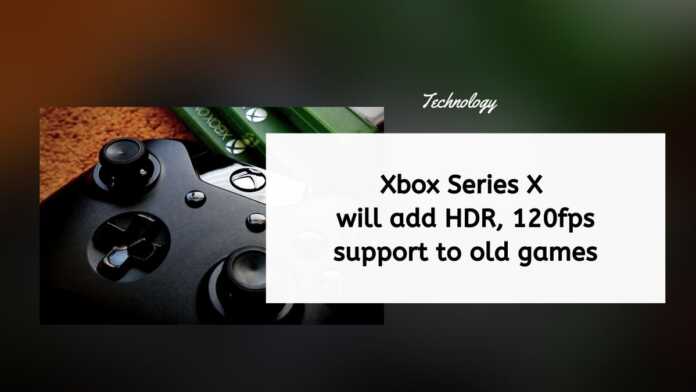 Microsoft is planning to launch its next-generation gaming console, the Xbox Series X, in the holiday season this year. Ahead of the launch, the company has shared a bunch of cool features that will be available in the upcoming Xbox Series X.

Microsoft in a blog post said that the Xbox Series X would feature “thousands” of games ranging from “biggest blockbusters to cult classics and fan favorites”.

Now, the company’s compatibility team has devised a brand new technique that would enable more games to run at a higher resolution. This means a game from one of the company’s older gaming consoles would run on the Series X console at a high frame rate.

In addition to this, Microsoft is also bringing support for the HDR technique to the Xbox Series X. “In partnership with the Xbox Advanced Technology Group, Xbox Series X delivers a new, innovative HDR reconstruction technique that enables the platform to automatically add HDR support to games.

As this technique is handled by the platform itself, it allows us to enable HDR with zero impact to the game’s performance,” Microsoft wrote in a blog post.

Now, the company has announced that this feature “can also be enabled for backward-compatible titles”. Simply said, it will work with older games available with the Xbox Series X as well.