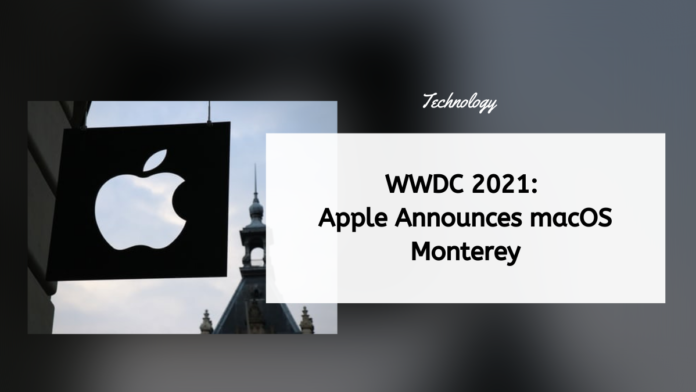 macOS Monterey developer beta will be available today with the public beta releasing in July. The stable release will take place this fall.

Apple is also adding a new feature called “Universal Control” that will let you use a single mouse and keyboard on your Mac and iPad. So you can easily switch between your iPad and Mac when they’re placed next to each other.

Universal Control can be used with any Mac device, and it works with more than two devices. It will also let you drag and drop files between your Mac and iPad.

Apple is also bringing AirPlay to Mac. Another feature coming to the Mac is ‘Shortcuts’ that can be used in the menu bar, Spotlight, Siri, and Finder. Safari on macOS Monterey is getting a redesign. Tabs are now more compact, and there are new tab groups.

The toolbar is also cleaner on Safari. The tab will also change its color to the websites for a more uniform look. Apple is also bringing web extensions to the iPhone and iPad.