Here’s what the note-taking app will look like in a future update. 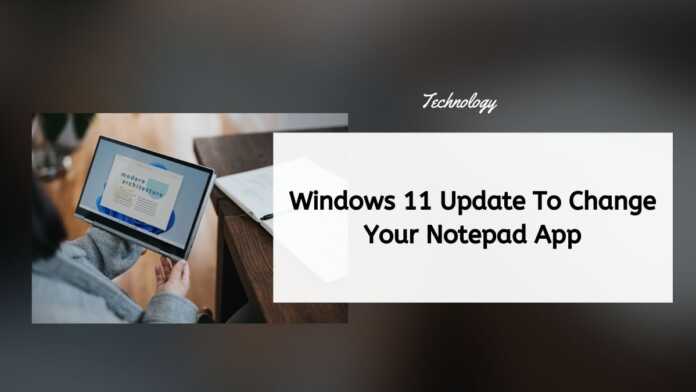 Microsoft is preparing the Windows 11 update along with the launch of its new Surface PCs and Surface Duo 2 phone/tablet hybrid. With Windows 11, Microsoft brought new system themes, along with redesigned system apps such as the calculator, clock app, Paint, and so on. Now, a new leak has revealed that the next app to receive a fresh coat of paint will be none other than Windows Notepad.

Windows Notepad is a simple text editing tool that was first introduced in 1985 and has been in every single Windows release since then. Over the years, Notepad retained its basic look and feel, while other apps were redesigned and updated to a more modern interface.

Now, it looks like Microsoft is now working on bringing a new, updated look for Notepad in a future Windows 11 update, as spotted by Windows Latest.

According to the report, a Microsoft employee accidentally posted images of the redesigned Notepad app before deleting it. The images show a new design for the note-taking app, with the familiar rounded user interface for menus, notifications, and the app window, according to the report. The app is also likely to get a new Settings page for a dark mode, font styles while adding new icons and animations.

However, while all of these visual changes might be important for many users, it is important to note that the Notepad app will also be an app that is uncoupled from Windows 11.

This means that users will be able to download and update it from the Microsoft Store, and the company can push updates to the app as soon as they are ready instead of waiting to update them with the Windows Update service that could mean delayed security fixes or patches that could affect several users who delay Windows Updates.